We live in the age of the space opera. Guardians of the Galaxy showed that there’s a cool way to do a superhero story in space. The Star Trek and Star Wars franchises are back with a bang, spawning several movies and spinoffs that are almost guaranteed to make a killing at the box office.

But here’s the truth – as immersive and awesome as all of these movies are, there’s nothing quite like strapping yourself into your own, custom-built craft and exploring the far reaches of the cosmos.

With that in mind, let us take a look at five space video games

That nail the joy, exploration and wow-factor that floating through infinity would feel like.

When the first Elite game came out in the 1980s, it was an instant hit because of all the amazing features it had. You got to wander around the galaxy in your own ship, and you had control of everything. You could visit different galaxies and solar systems, trading stuff to and from one end of the universe to the other. Furthermore, you also had to battle other adventurers who might rub you the wrong way. Whether it was checking if you have enough fuel to make your next long voyage, or looking at the market to see if there were any interesting items to buy, Elite was a sprawling game.

David Braben, one of the original creators, released a new Elite game called Elite Dangerous that was funded on Kickstarter. Elite Dangerous had everything the first game had, plus tons of new features – fantastic graphics, multiplayer capabilities, a wide array of new ships and roles you could take up and improved controls. If you’re a fan of space games, Elite Dangerous is a game you absolutely cannot miss.

The X series of games is a long-running franchise with a story that has been continuing over several decades now. But if you just want to jump in and get a feel for what the X series is all about, X3 Reunion is probably the best place to start.

Bear in mind, if you’re looking for a bullet hell shooter where you’re dodging a thousand projectiles every second, steer clear. If, on the other hand, spending hundreds or even thousands of hours into a game with a sprawling, dynamic galaxy that has its own economy, Reunion is the game for you. You’re in for some trippy visuals, moments of quiet contemplation and several fun hours of upgrading your ship, repairing it, trading and trying to survive out there in infinity.

Descent is an absolute trip – literally and metaphorically. As the man behind an assault craft, you’ll have to navigate impossibly tight corridors, hairpin turns and several stretches of tense combat with a twist.

What’s the twist? You have complete, 360-degree freedom of movement. Why is this important, you might ask? Here’s why – when you’re free to go anywhere, there’s no up or down. There’s no left or right. Every pathway you take leads somewhere, and yes; it can get extremely confusing at times.

Once you get used to the controls, you’ll have a ton of fun zipping and rolling your way through Descent’s imaginative world.

EVE Online isn’t just one of the best space games of all time, it is one of the best MMO games ever, too. The sheer scale of the world is mind-boggling, and with a world this big, the game is understandably incredibly complex. You can spend months and years learning all the dynamics, trade interactions, fight mechanics and item and weapon loadouts.

Unlike other games which have a free-to-play model but make players pay for in-game items, EVE Online charges you a monthly subscription fee but gives you access to every single item, ship and skill in the game from the get-go. Once you’ve paid your $20 monthly, you’ve got access to everything. There’s a great community around the game, with 20,000-50,000 players online at any given time.

Here’s another great part – every player playing EVE Online is on the same server. There are no separate instances of the world for Asia and America, for example. Everyone who’s playing is on a central server, which really is the way it should always be.

TIE Fighter’s graphics might look outdated today, but it’s hard to comprehend how amazing they were when it came out in 1994. People still ran their machines on MS-DOS!

TIE Fighter has all the attributes of a great game – smooth controls, a great story and immersive gameplay. You play as an Imperial fighter, piloting TIE Fighters to wreak havoc on Rebel plans. If you’re a Star Wars fan, you know the deal. Even if you aren’t, this is a fantastic flight simulator.

Without a doubt, there are several games that could’ve made it to this list.

Like always, we would love to hear which space games are your favorites in the comments section below! 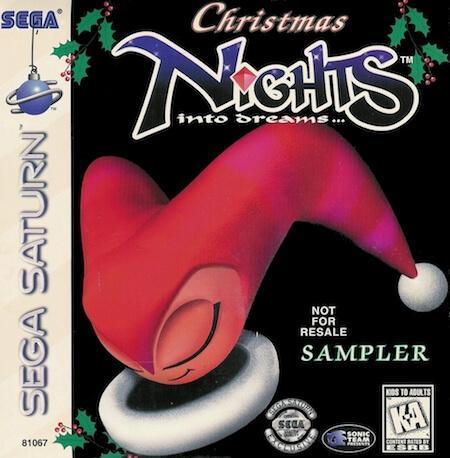