Older gamers prone to nostalgia probably regard the dawn of the console boom in the ‘80s as a benevolent time. Publishers and designers, from both Japan and the States, worked together to deliver titles with creative characters and great gameplay—all for the price of a single cartridge. It was a great time. However, today’s environment might more aptly be described as “authoritarian,” with video game companies wielding almost absolute power and influence over those huddled masses of gamers yearning to breathe free.

The first part of this article touched on some truly nefarious business practices afflicting the current video game marketplace. This includes everything from dubious 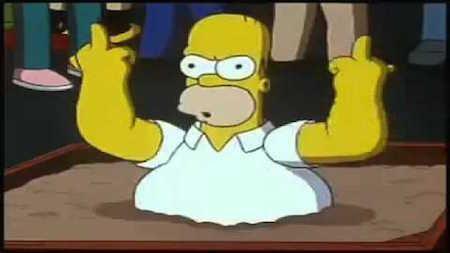 pre-order incentives to downloadable content as a substitute for complete gameplay. But unfortunately these aren’t the only ways gamers are getting the big screw. This second part will show some other ways publishers are taking the proverbial piss—and what gamers can do to fight back.

This is getting out of hand. Where once a collector’s edition might include cool supplementary material like art and statuettes, now it may not even include the actual game. Such was the case with the new “Battlefield 1 Collector’s Edition.” For a whopping 130 bucks fans do get some exclusive DLC, but that hardly means much without an actual game to download it to. For another $60 the good folks at EA will thrown in a game disc, and for the tidy sum of $210 you can pick up the deluxe edition, which gives you access to the game three days before its official launch.

This is nothing more than a shameless fleecing of a dedicated fan base—and that nonsense needs to stop forthwith.

At the risk of sounding old, there’s something to be said for face-to-face customer service in a brick-and-mortar establishment. A customer looking to remedy an issue with a purchase has power in that scenario. Not so much where it concerns the virtual CSR of today’s online age. And especially when publishers have become so fearful of their consumer base that they’ve DRM’d all new releases to within an inch of their life. Consumers often have problems getting games to play on platforms or systems because the copy-protection and anti-piracy tactics implemented by publishers are overkill.

Take an informal sample of any handful of gamers and you likely won’t find many who give online customer service high marks. If a gamer has a legitimate issue and can actually get a chat response or someone on the line to discuss the problem, they’re often treated like criminals. Publishers regarding their customer base with naked hostility, suspicion and contempt is just another way they’re screwing gamers.

So what can the typical earnest gamer do to help reverse these troubling trends? One solution is to support new gaming platforms that sever themselves from the DRM yolk. GOG was one platform that offered gamers DRM-free games. This welcome competition forced other platforms like Steam to relax their rules, and if DRM-free platforms become popular enough, it could force publishers to abandon the religion of digital rights management altogether.

Really the most effective way gamers can fight back against the big publishers is to follow the old adage of commerce and hit the companies where it hurts: in their pocketbook. This is easier said then done, since today’s publishers have gotten quite good with the ole’ carrot and stick—offering gamers only one way to get something they think they want. But those who can resist temptation and keep their debit card in their wallets will send a powerful message: start making awesome games again that are 100% ready for market when they ship, and our loyalty (and dollars) will be yours again.

And finally, one other effective (albeit extreme) way consumers can get publishers to shape up: stop pre-ordering games. Everyone. Kill the market. I know; we’ll probably have better luck ending the Israel-Palestine conflict in the next six months than we will getting every gamer to stop pre-ordering new titles. But can you imagine a stronger signal to send than that? Can you imagine how quickly publishers would scramble to clean up their act when they’re finally penalized for their anti-consumer practices?