The Nintendo Switch: Is it Buzz or Hype 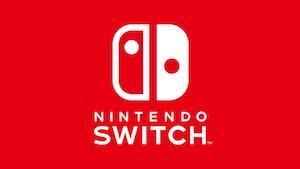 Stephen King once famously remarked that, “Buzz is not hype and hype is not buzz. Hype is paid for… buzz is free.” This can apply to any commercial product, be it a new blender or a summer film release. For today’s purposes we’ll ask the question of the Nintendo Switch. That’s right, the company that launched the home-console boom of the 1980s and reinvented itself in 2006 to wildly successful resorts with the Nintendo Wii (before doing a face-plant with the Wii U) is about to release its newest machine in March 2017. And just a few months before its release, all the familiar adjectives are being bandied about (“great,” “innovative,” “revolutionary,” etc.) by those with a commercial interest in the product.

So is there genuine buzz to the Switch? Or is it all just pre-release hype? Here are some factors to consider.

What we know about the Switch is that it’s a portable console that can also be connected to your home TV. According to reports, it will boast a 6.2-inch multi-touch screen, 720p resolution, and is compatible with the 3DS and Wii U. This is all very interesting, and it might’ve generated considerable buzz if it weren’t for two factors: the failure that was the Wii U, another portable unit, is still fresh in gamers’ minds, and gaming on tablets is more popular than ever, which makes it a difficult trend to topple—even for a gaming juggernaut like Nintendo.

Buzz or hype? Mostly hype at the moment; overall gamers don’t seem to be knocked out by the system specs (more on this below).

The most popular pre-release media content seems to be coming from Nintendo itself. First-look videos on YouTube spend minutes almost exclusively showcasing what the company believes to be the console’s greatest selling point: portability. What little gameplay footage these ads do show is slick and eye-catching (especially the new Zelda title), but mostly these commercials feature young “on the go” urban professionals running around their cities and playing the Switch everywhere from cars to living rooms to rooftops to buses.

Buzz or hype? Since Nintendo is footing the bill for most of this content, it’s most definitely hype.

If true buzz is going to exist anywhere, it’s in the reactions of the general public on social media and online message boards. After taking a light sampling from various sites, the mood regarding the Switch varies from cautiously optimistic to rabid anticipation to downright disdain. Most commenters seem to be more excited about upcoming game releases and potential titles, like Sonic Mania, than they are for the machine itself. At least Nintendo has that.

Buzz or hype? A bit of buzz, but nothing like Nintendo experienced in the lead-up to the Wii.

Nintendo has built up so much goodwill over the years, and delivered so many fan-favorite games, that the brand has found a permanent spot in the hearts of many a gamer. And for these reasons it seems that the public will generally get excited about upcoming Nintendo titles. However, Nintendo made so many mistakes with the Wii U that the general mood of 2016 gamers regarding the new console isn’t generating overwhelming buzz. That said, many online commenters are optimistic that Nintendo will remedy past problems and deliver the quality mobile gaming experience they feel the public craves. So it seems like there’s overwhelming hype but also a spark of buzz out there—one that Nintendo can harness if they do everything right. Ball’s in their court.