In Part 1 of this series, we took a look at some of the most iconic bullet-hell shooters of all time. And really, we couldn’t just stop at five. There are way too many awesome retro video games in the shmup /side scrolling shooter genre.

Without further ado, let’s take a look at some more awesome shmups which feature gloriously powerful weapons, 17 million bullets on screen simultaneously, and 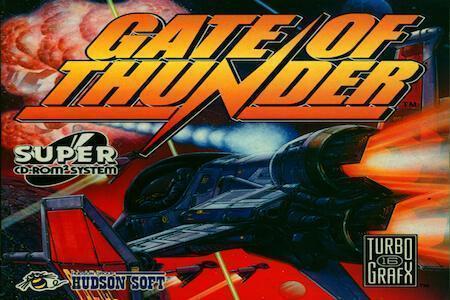 bosses that will make you quake in your boots. With glee.

Tyrian is a shining example of what old-school top-down shooters are capable of. The combat is fast and furious, the controls are slick and the editor mode will have you coming back to it long after you’ve finished the game once. The game features a lot of really witty dialogue and several game mods that keep things fresh and interesting. The ships are diverse and blasting through a fleet of enemies with one of the many powerups you’ll find is total fun.

Making a good bullet hell game is a fine balancing act. On the one hand, you need a lot of awesome things to shoot at and plenty of weapons to shoot at said things with. On the other, you also need some sort of compelling reason to drive the action along. Spriggan first burst onto the scene in 1991 with a whopping total game time of 2 minutes. Yes, you read that right. These 2 minutes were filled with such insane awesomeness that it created somewhat of a scoring frenzy, where players all around the world would try to outdo each other. Later, developers Compile fleshed out the game into an expansive seven-stage game which kept all of the fantastic elements from the original, and added a lot more brutally difficult yet entertaining combat. You get over 20 weapons to lay waste to your enemies, and you’ll need all 20 of them. The fantastic in-game set pieces, memorable bosses and gorgeous graphics make this a fun time for hardcore shmup enthusiasts.

Soldier Blade is fast. Blazingly fast. Your ship is impossibly agile, and this maneuverability creates moments of insane, ninja-like acrobatic dodging and shooting as you try to avoid wave after wave of baddies. A worthy sequel to the fine Super Star Soldier, Soldier Blade introduced the wingman plane to the series. The powerups you get are diverse and fun, with some that improve your attack rate and others that empower your secondary ship to blast enemies up close. Interestingly, you can also trade in each of your powerups for a devastating bomb, which also grants special abilities to your primary or secondary ships. There’s a lot of depth to the gameplay, and while the visuals might look dated by today’s standards, you’ll forget all about them once you get to the shooting.

In a genre that is notorious for its difficulty, R-Type is one of the more difficult ones you will play. Developers Irem crafted one of the quintessential danmaku games, and while they’ve since given up game development, the several ports of R-Type keep their legacy alive. More recently, DotEmu has ported R-Type II to the iOS platform, and this version of the game is a great challenge for those looking to test their reflexes. R-Type II contains all of the stages from the original, and ups the difficulty level to a point that will make you weep. Your journey to the end of this game will depend heavily on how well you are able to master the Force system. Collecting the Force power-up grants you an extra pod that attaches to either end of your ship. This pod is invincible and blocks bullets while also adding to your firepower. If that sounds like an overpowered ability, wait until you start playing.

Gate of Thunder originally launched on the TurboGrafx-CD system, and the stellar soundtrack and fantastic graphics are a testament to the power of the CD medium back in the day. Even today, Gate of Thunder is a treat for the eyes, with the vivid colors and dynamic environments populating every level. You won’t get too much time to admire the scenery though, as things get fast and furious really quick. Your ship has three different speed modes – slow, normal and super-fast. You’ll need to switch between all three modes depending upon the kind of enemies you’re up against. You also have the option to switch fire modes. Your main ship always fires forward, but you can switch the direction of fire for your attachments, enabling them to shoot things behind you. But that’s not all. You also have three different weapon types to choose between – a straight laser, an explosive weapon and a projector that has a wide angle of attack. There’s a lot of complexity to get into, and Gate of Thunder will keep you entertained right through to the end credits.

That concludes our round-up of the best bullet-hell shooters of all time. Whether you’re a fan of the shmup genre or not, these games are truly some of the most exhilarating experiences you can have as a gamer. If you’d like to add some more shooter games to this list or vehemently agree with what we’ve mentioned, let us know in the comments.  Don't forget if you want to sell your retro video games online, make sure to check out my high trade in prices.