In a previous post we touched upon the notion of video game sequels and which franchises, despite stumbling at times, have done an overall good job at improving on their previous titles. The big boys were covered, including “Final Fantasy” and “Call of Duty.”

This is because the best sequels straddle that thin line between maintaining what gamers love about the original, but delivering a new experience. In this article, we’ll expand on that notion and break down some other titles and how they succeeded in being new while remaining the same.

What other much-hyped game in recent memory failed to live up to its potential like Assassin’s Creed? It was one of those mostly forgettable games that featured neither a compelling story, exciting gameplay, or standout design. Overall, it was a write-off.

To their credit, Ubisoft didn’t give up on the title. They did what all designers should do and remedied the mistakes of the first when creating the second. “Assassin’s Creed II” was the polar opposite of the original: it featured a compelling story, sleek graphics, an additive open world and white-knuckle combat. It’s a prime example of how it’s possible even in the high stakes world of video games to turn lemons into lemonade.

Aside from “Tetris,” it was the Pokémon Games “Red” and “Blue,” released in 1996, that made Nintendo’s Game Boy. This undeniably Japanese RPG allowed players to pit various brightly colored creatures against one another in virtual combat, and kids everywhere fell in love. It became so popular that it not only spanned

anime, toys and movies, but a number of quality sequels.

Two of these, Pokémon “Gold” and “Silver,” released in 2000, are shining examples of how to do a franchise right. They kept the basic premise but added a dizzying amount of new collectible Pokémon, as well as improved the visuals and gameplay.

More recently, the runaway success of “Pokémon Go” is testament to how visionary thinking allowed the franchise to deliver a familiar experience (still played on a mobile device) while pushing the boundaries of what’s possible (introducing real-world Pokémon hunting).

EA has been garnering some negative publicity of late. However, it’s important to remember there was a time when they weren’t just revolutionizing football video games, but all sports games. “Fight Night” is a good example of this. The series is an unofficial continuation of EA’s “Knockout Kings,” a PlayStation franchise that offered little more than familiar boxing faces and button mashing. But in the early aughts, the company pivoted, changing the game with “Fight Night 2004.”

Of course, subsequent titles in a sports video game franchise usually improve on the previous ones (the Madden series is a good example of this), but just how EA improved “Fight Night” is noteworthy. By moving away from typical button mashing and introducing the Total Punch Control feature, the designers revolutionized game mechanics in fighting games.

Instead of buttons, punches were thrown via the control’s analog sticks in circular motions, which mimicked the physical process of throwing a punch. Once gamers adjusted to this learning curve they were throwing perfectly fluid two, four and even six-punch combinations.

When Batman Arkham Asylum was released in 2009, it quickly became a fan favorite due to its fluid fighting mechanics, Miller-esque world design, fun gadgets, top-notch voice acting and crowd-pleasing assortment of super villains. So how do you improve on something that doesn’t have any demonstrable flaws? You open up the world.

That’s exactly what developer Rock steady Studios did with 2011’s inevitable sequel: Arkham Asylum. Taking a simple let’s-keep-what-works approach, they left everything the fans loved, right down to the sense of eerie foreboding permeating Gotham’s inky night sky. But they built a bigger world, one in which players could glide around until their little bat heart’s content. Round that out with a solid storyline and challenging puzzles, and you have a master class on how to perfectly adapt a comic franchise to the medium of video games.

It wouldn’t be a “which was better?” list without at least one controversial example that incites heated debate. Like “Doom” before it, “Halo” revitalized and revolutionized the first-person shooter—mostly by switching effortlessly between first and third-person perspectives. Also, the story of nanosuit-clad Master Chief with his trusty AI construct Cortana invariably at his side quickly became beloved by gamers of the 6th generation consoles.

Then “Halo 2” came out, and it was popular. Very popular. That’s when the heated debate began about which title was better. One way in which “Halo” purists have a point is that, although the sequel added online functionality and dual-wielding of weapons, the campaign didn’t greatly expand on the original. In other words, it wasn’t new while staying the same; it just stayed the same.

Even taking this into consideration, the subsequent sequels have done such a noble job of expanding a universe rife with intergalactic hostilities that many now believe “Halo 5: Guardians,” is the best in the series—no small feat since it was Microsoft’s 343 Industries and not original creator Bungie that produced the game.

When game designer Shigeru Miyamoto needed a Popeye-like character for his arcade classic “Donkey Kong” (1981), he created a diminutive Italian plumber-turned-hero named Mario. The plumber’s great skill was jumping, and he made the most of it as he bounded from girder to girder, avoiding flaming barrels and a possessive ape, all in the hopes of saving a princess.

Nintendo liked the character so much that they put him in a starring role in the arcade game “Mario Bros.” in 1983. This entry is notable as it featured early characters that would become regulars (Mario’s brother Luigi), and game features (enemy-spitting green pipes) that would make later entries famous.

Of course it wasn’t until Nintendo expanded this world with 1985’s “Super Mario Bros.” that the revolution kicked off. With this sequel, Nintendo raised a basic platformer to something few gamers had seen before: unique characters navigating an imaginative world (and universe) that seemed to have limitless story potential.

Speeding up the popularity was the fact Nintendo released the titles on their NES home console, which put Mario in the homes of gamers instead of making them come to him. Even more impressive than “Super Mario Bros.” gameplay (it’s still playable today), is the fact Nintendo managed to not only continue with great sequels, but to make Mario the flagship character and face of the company from one generation of home consoles to the next.

All kudos to valve. It’s not a half-bad legacy when the first title your studio ever puts out, 1998’s “Half-Life,” goes on to dominate the PC gaming world and eventually earns a spot on the GOAT list. It would be seemingly impossible to top such fairy tale success, but Valve did indeed recapture lighting in a bottle with the 2004 follow-up “Half-Life 2.”

Sure, the graphics were great for the time, but what fans really responded to be the continuation of a fully immersive gameplay experience. Dr. Gordon Freeman was back, interacting with characters both new and old, with each encounter informing the action to come. Some say that, as a sequel, “Half-Life 2,” rivals the other great entry on our previous list, “Halo 2.”

The original “Grand Theft Auto” can be compared to the original “Mario Bros.” in that both titles were crude predecessors to what would eventually become culture-defining games. “GTA” is such 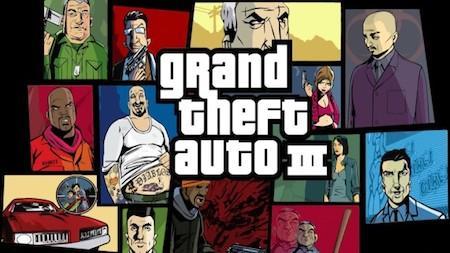 an oldie, in fact, that it was first released on MS-DOS. It was eventually ported to the Sony PlayStation, but even then It's overall aesthetic didn’t rise above crude graphics and very basic sandbox level designs.

But like with Mario, the foundation of great gameplay was in place. This included the ability to jack cars and wield an arsenal of firearms. It even featured the phone-based mission system that would become the engine of the gameplay in future sequels. Still, this first entry didn’t exactly set the world on fire.

Grand Theft Auto II (released in 1999 by Rockstar) also didn’t move the needle in terms of sales. But something was looming on the horizon. The famed 6th generation of home consoles were being released, and Rockstar set their sights on releasing the next “GTA” game on the wildly popular PlayStation 2 console. Not only that, but they designed the game in 3D, eschewing the sandbox design for a third-person open world environment.

GTA III didn’t merely arrive on the scene in 2001—it exploded. No one had ever played a game that looked so good and that allowed the gamer to wreak havoc at will and on anyone they chose. It didn’t hurt that everything else about the game—from the mechanics to the graphics to the voice acting to the sound design—was top-notch. And like Mario before it, GTA spawned sequels across the console generations, which managed to capture (and still does capture), the imagination of gamers.

The PS2 may have had “GTA,” but it wasn’t exactly known for great shooters. No, Microsoft’s Xbox had the market cornered on that with their and Bungie’s reinvention of the first-person blaster, “Halo.” It became a wildly popular franchise, and at its peak popularity it looked like no other rival title was going to beat it—certainly not “Killzone.”

No, that was a sub-par-yet-slick-looking challenge to “Halo’s” dominance that didn’t offer gamers anything new or interesting. However, with the 7th generation of consoles looming, developers thought that if they made design and story tweaks they could indeed compete with Master Chief and the Covenant. And they were right. Early PS3 footage at E3 2005 made jaws drop, such was the harrowing nature of the gameplay and the near photo-realistic graphics. The rest is history.

These were just a few awesome sequels to get the juices flowing.

Luckily for us, the gaming world seems to have the edge on Hollywood, and we should be able to print another list of solid franchise sequels in the near future. 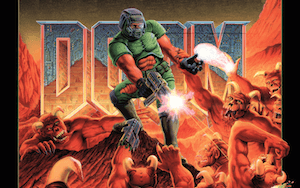 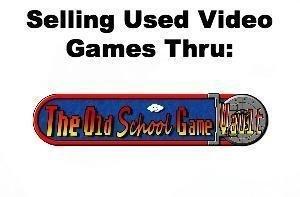