1997 was another solid year for video games. Plenty of long-running franchises came out with fun entries, and some unexpected gems stole gamers’ hearts worldwide. This was also the year 3D Realms began developing the game that ended up taking an eternity to release – Duke Nukem Forever. But, that is another discussion for another time.

Without further ado, let us take a look at

The Best video games from the year 1997

Goldeneye gave everyone’s favorite to spy a video game that was worthy of his lofty achievements. This game has a lot of things going for it, but it is perhaps best known for creating the first effortless multiplayer shooter experience. Sure, there were other games before it that allowed you to play with your friends online. But, there was something especially delightful about inviting your friends over and shooting each other in the face for hours in the split-screen multiplayer mode.

Couch gaming with your friends might be a sure thing now, kids, but there was a time when it wasn’t. Thanks GoldenEye 007.

Final Fantasy VII is, without a doubt, one of the most talked-about video games of all time. Even today, the hype for the modern remastered version of this game is unreal.

Back in the day, Final Fantasy Vii was a true trendsetting game. It delivered lush, gorgeous graphics and a rich, meaty storyline that kept players engrossed throughout. It also had a fantastic battle system that has since inspired a whole generation of role-playing games. Final Fantasy Vii really took the Final Fantasy franchise to the next level and deservedly sold an insane number of copies.

Castlevania Symphony of The Night

Castlevania Symphony of The Night is one half of a pairing that created an entirely new genre of games – Metroidvania. After the release of Super Metroid and all its awesomeness, it was tough to see how something might come along that gave players a similar kind of experience. Enter Konami, and Symphony of The Night.

This game has a massive map that players can explore and a plethora of different weapons to slay all manner of ghouls and demons that you’ll run into on your journey. The game’s protagonist – Alucard – and his whip have become part of gaming lore. The beautiful gothic graphics, challenging gameplay and massive boss fights make this a brilliant game. Whether you’re a fan of the genre or not, give this one a try.

When Quake first come out, if you told someone that the sequel would completely up the ante in every single aspect, you might’ve been laughed at. It is a testament to how good a game Quake II is, that even though the original was such a path breaker, Quake II totally overshadows it. The graphics (especially if you were running the 3Dfx version) are beautiful – intricate hallways, complex lighting and environmental effects.

And, as you would expect from a Quake game, the combat is pitch-perfect. Death matches and combat situations may get tough, but they’re always fair. Skill and strategy matter above all else, and that’s how a good arena shooter should be.

Even though the Age of Empires franchise might have lost a lot of steam in recent years, there was a time when it was a titan of the RTS genre. And this was the game that launched it all. Age of Empires put players onto sprawling maps, each with their own unique geography and resources, and had them compete against each other in a battle of conquest. If you’ve played an RTS game before, you know how it goes – you build a base, have laborers collect resources to construct buildings that spawn upgrades and units, and you then use your units to wipe any other contenders off the face of the earth.

Age of Empires looked great (for the time) and gave players a deep, challenging strategy experience that really shined in multiplayer. There have been friendships and romances won and lost through Age of Empires games, and for good reason. This is a damn good game.

This is the game that launched one of the most loved franchises in RPG gaming. Fallout did something that not many RPGs did during its time – it based the game in the future instead of some fantasy environment from the past. Fallout puts you into the world of the apocalypse, and it is as challenging and realistic as you would hope. Your character has lived their entire life up to this point in a vault, and now you must venture out and find your destiny in a world devastated by nuclear war.

Fallout’s lore is deep and the amount of thought that has gone into designing the elements in the game is very apparent. The way different systems work in this apocalyptic future, and the different references to pop culture from our time (Nuka Cola) make things very relatable. The character progression system is complex and offers a lot of options for experimentation. Combat is turn based, and requires strategic maneuvering through action points and attack modes.

The Curse of Monkey Island games. The game is known for its delightful characters, engaging storyline and laugh-out-loud humor. Seriously, this game is funny. I dare you to not chuckle out loud at least half a dozen times before you get to the end.

The game has solid production value – the animation quality and presentation are great, and they’re backed by stellar voice acting. You don’t need to know anything about the previous games to enjoy this one. The Curse of Monkey Island is widely regarded as one of (if not the best) the best adventure games of all time. Check this one out and understand why LucasArts were hallowed developers back in the day.

Star Fox 64 showcased the power of the Nintendo 64 and gave gamers what they never had before – a fully 3D shooting game that allowed you to pilot an aircraft. Barrel rolls? Dogfighting? Blowing hordes of enemy planes to smithereens? Sign me up.

Star Fox 64 is designed to be a rollicking ride. There’s always something or someone to blow up. Flying around the levels in 3D space feels amazing, especially with the tight controls. You’ve also got some decent banter from your mates to look forward to here. There’s a lot of witty dialogue, things to do and balls-to-the-wall action here. Do yourself a favor and play this game – it is a part of history.

Everyone has dreamed of one day wielding a lightsaber and rampaging through a level of enemies, using The Force to seamlessly move from one bad guy to the next. Jedi Knight: Dark Forces II allowed you to do just that, and it is a spectacularly joyous experience.

To say that this might be one of the best first-person shooters of all time isn’t an understatement. You’re armed with the basic Stormtrooper rifle and blaster to begin with. But once the game progresses, you’re able to use the Jedi Force powers. This game features both the Light and Dark Jedi, and each of them have unique force powers. The Dark powers allow you to hurl things through the air and force choke opponents, while the Light powers focus more on healing. This is a great game with beautiful graphics, excellent combat and gorgeous level design.

Oddworld: Abe’s Oddysee is really, really gorgeous. There’s a beauty to the art style that really needs to be seen to appreciate, and it is one of the major reasons that the game still looks good today – two decades later.

Oddworld is set in a unique world and the environment is a huge part of the game. The NPCs and enemy characters are distinct and have recognizable traits. They behave like real people would, if you were in the world of Abe’s Oddysee. One unique feature of this game is the depth of interaction you can have with NPCs. You can command them to do different tasks, talk to them, and they’ll even laugh if they see you fart (you read that right). Abe’s Oddysee is an artistic achievement, and even though the game didn’t see too much success commercially, it is still a great game that can be enjoyed by anyone.

What did you think of this list? Did your favorite games make the cut? Are there any you want us to play? Make sure to check out The Video Game Critic and look through all their amazing retro video game reviews.

Let us know in the comments. Until next time, happy gaming! 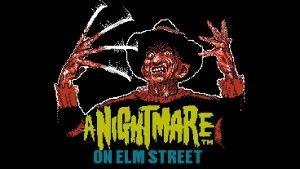