Could A Video Game Be the Answer To Your Kid's ADD/ADHD? 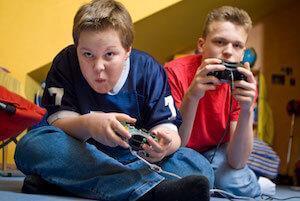 Imagine if your child's doctor prescribed a video game instead of medication.  Because of the popularity of video games with children who have attention deficit issues, two manufacturers are pioneering games that claim to be able to help kids who are not neurotypical with their conditions. Here are the companies -- and the games that they are producing -- that are helping children with ADD.

Mighteor's games are developed through a joint effort between Boston Children's Hospital and Harvard University. They are a series of games that are intended to help with emotional control, something that many kids with attention deficit disorders struggle with. The games work through biofeedback, which is tracked using a wristband much like an activity tracker. Kids practice controlling their emotions in the game, which then provides them with the "muscle memory" to do the same in the real world. There are three building blocks of emotional control on which the games focus:

•   Developing Awareness: The games feature a heart rate tracker, which allows kids to see their heart rate in real time. In order to progress in the game, the user's heart rate must be in the "cool zone."

•   Building Skills: The games use a series of mindfulness exercises, which are taught to the kid. Once he or she can effectively use the techniques when calm, the game asks the child to control emotions during times of tension, which are created by particularly difficult moments in the game.

•   Overcoming Challenges: Like most games, Mighteor's get harder as they progress, forcing kids to remain in control of their emotions in order to continue playing.

Thus far, this approach has been quite successful. A study in 2012 found that with children with significant anger issues, playing Mighteor's games decreased aggression with only 30 minutes a day for five days. Oppositional behaviors were reduced by 40% and outbursts by 62%. A new study has been completed and will be published soon.

Mighteor's games are sold as a family pack, which includes a biofeedback wristband, a 7" tablet, and three months of access to the games. The kit costs $249. After that, a subscription is $19.99 a month.

Evo was developed by a company named Alkili that strives to create a new kind of cognitive therapy. In their words, Evo provides a "targeted way to potentially improve cognition and disease symptoms through entirely at-home digital interactions," which is a really fancy way of saying that these video games show a great deal of potential in helping alleviate ADHD symptoms. Considerably less information is currently available about Evo's platform than that of Mighteor, possibly because Mighteor is sold directly to parents, whereas Evo is currently being reviewed by the FDA as a potential medical device. A number of studies, however, have shown the product to be quite successful.

Cognitive-Behavioral Therapy (CBT) has been very successful in a number of ailments from ADD to PTSD. These games seek to bring those benefits home, increasing success rates and decreasing cost. Programs such as Mighteor and Evo are paving the way for a new kind of medication for your child - one that they will actually want to take.

Did you know that we buy used games and sell old video games directly on our website?  We have great prices and lots of retro video games to choose from.  See what Deals you can Score!