The Dark Knight is without a doubt one of the most beloved comic book characters and pop culture icons of all time. Over the decades, Batman’s brooding nature, ace detective skills and colorful gallery of villains has become second nature to most of us.

Before Rock steady nailed the definitive Batman experience in the Arkham series of games, there were a lot of games that put players in the Caped Crusader’s shoes. Unfortunately, most of them were pure garbage and shamelessly attempted to cash in on Batman’s popularity.

Fear not, though, dear reader. We went through the archives and found a whole slew of great batman games.

The Batman games that are a lot of fun to play, even today. Strap on your pointy ears, and let’s begin!

There have been a lot of Batman games on the Genesis console (there are more than one on this list) but probably the best of them all is the first. Sunsoft’s Batman The Video game, 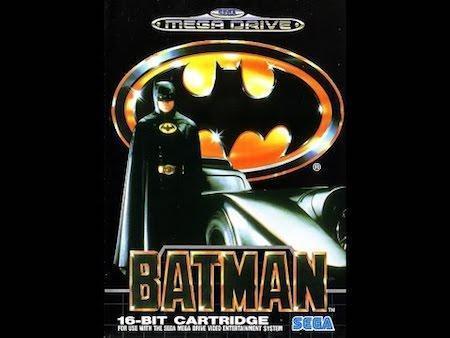 is a straightforward game, has decent graphics and keeps a snappy pace throughout. Just like the movie, the game takes you through several memorable locations – the factory, the museum and eventually the tower when you fight Joker.

The action is punctuated by a few cut scenes which are entertaining. There’s not much diversity in the design of the bad guys, but they get progressively tougher as you play through. Enemies in later parts of the game are tricky and will employ evasive and attacking maneuvers.

The controls are great

Moving around the environment and beating up thugs is a lot of fun. If you’ve played a beat-em-up before, you know what to expect here combat wise. You also have a Batarang, obviously. The game also features some great driving and flying stages. The change of perspective as you rampage through city traffic in your Batmobile or shoot choppers from the Batwing is a real treat.

This game may not be a path-breaker of any kind, but it does a lot of things well enough to make it a fun experience.

Batman Returns is another movie-tie in game that was released on the Nintendo NES, SNES and the Genesis. This is another fun outing for Batman and sticks to the formula while adding some neat touches.

Batman Returns, as you may remember, featured some memorable Batman Villains – The Penguin and The Catwoman. They are faithfully represented in this game, and the graphics reflect the tone and setting of the movie – you’ll fight through snow-covered areas, fight circus maniacs and clowns on your way to the aforementioned villains.

Batman himself gets a nice upgrade in this game – he can now use heat-seeking batarangs, bombs and even swarms of bats to beat his enemies. With the added capabilities, though, come slightly tougher controls. You will take some time to get the hang of everything you are supposed to do here. And the game is really, really hard. You will hate jesters and gargoyles even more than you already do by the end.

But hey, no one said being Batman was easy.

The Adventures of Batman and Robin (1995) on the Sega Genesis There is a lot to like about this one – crisp, beautiful graphics, responsive controls and co-op. Even though the game does get a bit repetitive, it’s not to the point where it gets in the way of the experience. Both Batman and Robin are playable characters, and you get some nice ability upgrades like kicking baddies right in the face while you’re hanging from ledges.

This game is notable from the sheer volume of enemies thrown at you – it’s an almost endless horde! Also featured are a ton of great characters from the Batverse – Joker, Mad Hatter, Mr. Freeze, Two Face. The graphics are great, and subtle environmental details like cats jumping out of garbage cans add a nice touch to the action. The music is great, and if you’re up for the high difficulty level, this game is a lot of fun.

The Adventures of Batman and Robin (1994) on the Super Nintendo

This is one of the forgotten games in the Batman franchise, but it is absolutely worth a few hours of your time. The game features the simple cel-shaded animation that you may remember from the Batman animated series, albeit a slightly stripped-down version. The characters you come up against all look great, and the silhouette of the city in the background makes all the action seem extra enjoyable. There are a fair amount of famous Batverse characters you’ll encounter along your way. While there is the odd control issue, it’s still a minor hurdle in what is a satisfying Batman game.

So, do you think we missed out on a game or two?

Let us know in the comments. More Batman is always good.