In the last couple of years, interconnected games in which player actions in one game affect options or situations in another have started to pop up more frequently than usual.

Mass Effect: Infiltrator launched for mobile platforms simultaneously with the console and PC release of Mass Effect 3, and the Intel collected in the mobile shooter could be used to increase a player’s Galactic Readiness score in ME3 (which helped open new ending options), rewarding players who checked out the spin-off title. Mass Effect: Datapad was also released as a free iOS app, which let players/users read up on various elements of their Mass Effect 3 situation and the ME universe, get messages from characters, and play mini-games that also improved their ME3 Galactic Readiness score.

Cloud Gaming & Interconnection How Cool is This

These interconnected cross-platform experiences allow players to take Mass Effect with them and engage that world on the go in a way that (incrementally) benefits them in the core game, while allowing developer BioWare to expand into more areas of player's technological and day-to-day lives. But the connections, on both the gameplay and narrative levels, were kept pretty light, so as not to alienate players of the core game who might resent feeling they have to buy an extra 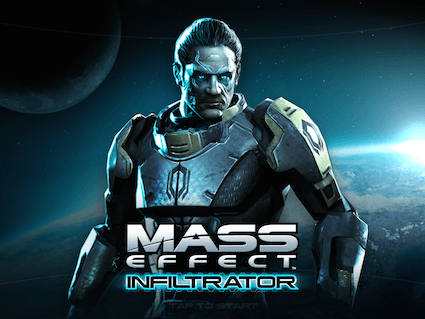 game (Infiltrator) or have an iOS system capable of playing Datapad to fully enjoy ME3.

While this keeps the core ME3 experience intact, it limits the meaningfulness of the connections between games.

In a more recent example, Sony has announced that in advance of the upcoming EverQuest Next MMORPG MMORPG, they are launching the free-to-play EverQuest Next Landmark, an online sandbox building-and-exploration game, in which some excellent creations will be permanently added to the world of EverQuest Next – think seeing your Minecraft creation permanently placed in World of Warcraft. It also appears that items collected in Landmark may be portable to EN.

This case reminds me of what Nintendo did back in 2001

With the Legend of Zelda games especially Oracle of Ages and Oracle of Seasons (re-released earlier this year on the 3DS Virtual Console), puzzle- and action-oriented games, respectively, where beating one unlocked items and an alternative, sequel-like plot and extended ending for the other (in a process that a Zelda game could only name “linking,” of course). These game connections seem more appealing to me, because they offer two different ways of exploring a larger game world (sandbox and RPG for EverQuest and puzzle and action for Zelda), and more rewarding results of playing both than just a few items or a few extra points to a score.

A couple other recent interconnected games

Have met with more mixed results, though each are ongoing and retain the potential to become more interesting and successful as they develop. The first example, is actually an interconnected MMORPG and SyFy TV show in which, for example, a character leaves the show (set in St. Louis) and appears in the game (in San Francisco) for a while, then returns to the show, or a player in the game can win a contest and get their face on a Wanted poster that appears on the show. 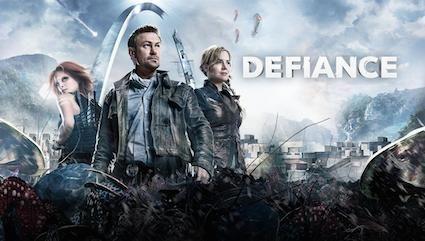 large invasions or spreading plagues sometimes appear first in one format before appearing in the other, giving followers of both an enhanced knowledge base when they appear in the second format. Sadly, the TV Show defiance ended in 2015

This is also the hope for Dust 514, a free-to-play (microtransaction-based) multiplayer infantry PS3 Game which is a warfare first-person shooter that connects to the decade-old (subscription-based) EVE Online MMORPG space simulation for PCs (and OS X and Linux). PC players engaged in space wars can travel to planets and assist PS3 players on the surface via orbital bombardments.

While PS3-based infantry can use ground weapons to attack ships from the enemy side in space above the planet. While gamers found the concept exciting, the execution was not well-received, though many hold out hope that developer CCP, which has a history of improving games considerably after release, may make Dust 514 fun enough to play that it will provide a rewarding crossover experience connecting to the very popular EVE Online.

Personally, I find the idea of interconnected games very cool

But I’m not surprised that successful examples of it seem to be hard to find. Creating one good game is hard; creating two good games, and then a good connection between them, requires that you get three things right instead of just one. Still, I’m willing to bet that someone gets it right again in a way that will capture the gaming community’s imagination like the Zelda: Oracle titles did.

EverQuest is following a similar model (in ways), so perhaps that’ll be the next success. But maybe there are other models for connecting games that have yet to be tried (or tried well). What kind of game connections would you like to see, or have I forgotten to consider here?