When I saw the roller-coaster-like movie Gravity, I was surprised to realize that I occasionally felt like I was watching a video game on a giant screen. The film fluidly changed perspectives back and forth from third to first person, often framing the action as a game would, and the focus on challenging environments presenting life-and-death decisions almost constantly was also very game-like.

The sheer effectiveness of Gravity and its resonance with game conventions brought up a question I find myself asking at least once a year: why hasn’t there been a great movie based on a video game?

Since Super Mario Bros. in 1993 (though the first game-adapted movie was a 1986 Japanese Mario Bros. anime). There have been over thirty released internationally since then, including high-profile films like Mortal Kombat, Wing Commander, Tomb Raider, Pokémon, Resident Evil, Silent Hill, Max Payne, and Prince of Persia. A lot of these are great games, but none of them are more than okay movies.

According to Rotten Tomatoes, only 11% of the Wing Commander movie’s reviews were good, with 14% for Super Mario Bros. and Hitman, 16% for the first Pokémon movie, 17% for Max Payne, 19% for Tomb Raider, 35% for Mortal Kombat, and only 40% for Prince of Persia, the best reviewed adaptation of a game (other than Final Fantasy: The Spirits Within, which doesn’t really adapt a game and is still only at 44%). To summarize, not a single game-adapted movie has ever gotten more good reviews than bad reviews. Critical reviews aren’t the ultimate arbiter of movie quality. In fact, but checking Rotten Tomatoes was a quick way to confirm what I already felt – video game movies aren’t that good.

Why hasn’t anyone made a good movie out of a game in twenty years of trying?

Adapting a video game should be easier than making a book into a film. Max Payne’s film noir-turned-gameand Silent Hill’s psychological horror are built for movie adaptations. Adapting a novel means cutting a lot of story and character development, but like with comic books—which make great movies already—the cutting is somewhat easier with a game. Sure, games usually last longer than books, but much of that time is repetitive (if fun) grinding of one sort or another that can be 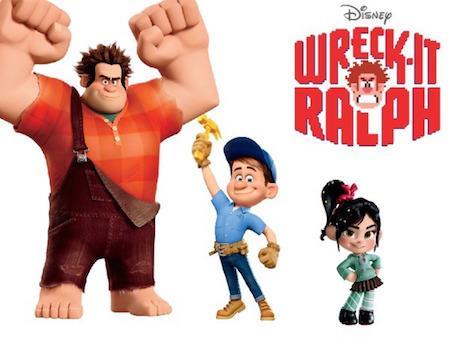 shaped into well-crafted action sequences in a film without losing too much.

The story aspects of a game don’t require as much cutting as your average novel to fit the shorter length of a feature film. We could go into a lot more depth about game-to-film adaptation, but I don’t think it’s the medium of video games that’s the problem.

Neither is it (consistently) the acting or production values. Many game movies feature well-respected, popular actors like Mark Wahlberg and Mila Kunis in Max Payne, Jake Gyllenhaal and Ben Kingsley in Prince of Persia, Bob Hoskins, John Leguizamo, and Dennis Hopper in Super Mario Bros., and Angelina Jolie, Jon Voight, and Daniel Craig (etc.) in Tomb Raider. And many game movies have had plenty of money to work with. According to Box Office Mojo, Super Mario Bros. had a $48 million budget, Silent Hill had $50 million, Tomb Raider had $115 million, and Prince of Persia had a whopping $200 million.

My hunch is that the problem lies primarily with

The writers and directors. In general, the writers and directors put on video game movie projects are B-list at best. Hitman scribe Skip Woods also wrote X-Men Origins – Wolverine and A Good Day to Die Hard. Max Payne screenwriter Beau Thorne hasn’t done anything else before or since. Tomb Raider had at least four writers (the most prominent of whom also wrote Face/Off which, while enjoyably ridiculous, is not memorably written), and writing a movie by committee is rarely a good idea.

The director of Tomb Raider, Simon West, also directed Con Air, The General’s Daughter, The Mechanic, Stolen, and The Expendables 2, some of which are acceptable diversions, but none of which aspire to more than “fun enough.” Max Payne director John Moore hasn’t gotten higher than a 37% on Rotten Tomatoes on anything he’s directed, a bleak list that includes A Good Day to Die Hard, The Omen (2006), and Behind Enemy Lines. The only decent director of a game movie that I’m aware of is Mike Newell (Four Weddings and a Funeral, Donnie Brasco, Harry Potter and the Goblet of Fire), whose Prince of Persia was generally acknowledged as bad-but-better-than-most-video-game-movies. 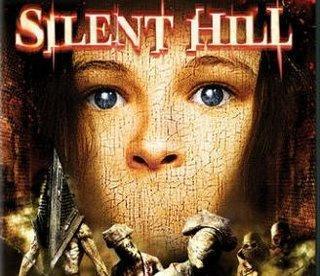 Part of the problem may be that, until the last few years, non-gamers have largely maintained the impression that games are not and cannot be intelligent or complex. But complicated games like Red Dead Redemption, Bioshock (and Infinite), The Last of Us, Heavy Rain, and Mass Effect have started to penetrate the wider public consciousness more, so I hope that soon someone in Hollywood will figure out that game movies are capable of the same level of quality as, say, comic book blockbusters like The Dark Knight, The Avengers, or riskier, lower-budget films like The Crow.

The good game movie is a niche that Hollywood has bafflingly ignored for over two decades. As meaningful game narratives become more prominent in a medium that features Hollywood-ready action and genres, I think the next decade will finally see Hollywood figure it out and bring good writing, directing, and acting together in the first great game movie.

Will the first be a lower-budget or even indie affair

Heavy Rain, perhaps, or The Last of Us? Or will it be a blockbuster production like Prince of Persia or Iron Man—Mass Effect, or maybe the Assassin’s Creed film in pre-production that reportedly features Michael Fassbender and the screenwriter of Minority Report? Or maybe a classic series like Metroid or The Legend of Zelda will find new life in theaters? What game do you think will give us the first great game movie?

I can disagree with the critics and the public. Christophe Gans' "Silent Hill" is a damn GOOD movie. Radha Mitchell shines in it with a performance both terrified and resolute. It is both faithful enough and creative enough. Really the only weak point in the film is the howlingly bad performance by Debra Kara Unger as Dahlia Gillespie. And while that performance is so bad that it nearly torpedoes the film, thankfully she's only on the screen briefly. The rest of it is fantastic.

0 Cancel Reply
I can disagree with the critics and the public. Christophe Gans' "Silent Hill" is a damn GOOD movie. Radha Mitchell shines in it with a performance both terrified and resolute. It is both faithful enough and creative enough. Really the only weak point in the film is the howlingly bad performance by Debra Kara Unger as Dahlia Gillespie. And while that performance is so bad that it nearly torpedoes the film, thankfully she's only on the screen briefly. The rest of it is fantastic.
Cancel Update Comment
1