In Video Game Trends Part 1, I discussed the ongoing decline of GameStop and the rise of free-to-play (F2P) console games. Part 2 will discuss two more ways that the market will shape gaming as we settle into the new console generation.

Traditionally, game developers release far fewer new IPs at the end of a console generation and, instead, save them up for the beginning of the next generation, and this console transition will be no different. The beginning of a new console generation is when big publishers and developers feel most comfortable taking a risk on new IPs because they feel gamers are most willing to explore an untested IP when they’ve bought a new console, since they’ve just invested in new experiences. This is not to say we’ll see fewer sequels, of course – sequels are the lifeblood of the game industry, and that’s not going to change. But fans of new IP will enjoy 2014 and 2015 (and maaaybe 2016), because this is when new IP production will be at its peak for this cycle.

On the other hand, while new IP at the end of a console cycle is rarer, it can be extremely well done when it does arise. Take Dishonored and The Last of Us, for example. Both games came out after big publishers were already saying new IP for the aging console 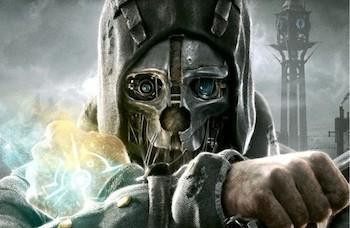 generation was a bad bet, but both were brilliant. My theory is that since developers are sensitive to the added risk of a late-cycle new IP, those who decide to take that risk do so because they have a strong vision for a game that they believe in. Also, by that point in a hardware cycle, developers know the console technology very well, so they’re able to design a new game from a place of programming mastery. Early-cycle IP are trying out new technologies, so they can do new things but suffer from growing pains. Late-cycle new IP is rare, but more likely to be really worthwhile, the kind of games that reward replaying for years.

4: A growing divide between AAA and indie development.

Most developers are predicting that the added capabilities of next-gen consoles will translate into higher development costs for AAA titles attempting to make full use of the new systems’ potential. This may be a significant factor, or it may be relatively mild. Also, as any industry matures, there is a tendency for the big players to consolidate, leaving a handful of big players at the top, a financially awkward and tenuous group of midsize players in the middle, and a wide variety of niche specialists with small but profitable pieces of the market at the bottom. As the first market link (“any industry matures”) argues, the middle ground or “ditch” is the least stable and profitable place to be, and as gaming really settles in as a mature industry, I see this ditch thinning out, leaving a more streamlined AAA crowd and an increasingly dynamic indie scene, but with fewer midsize developers in between. The expected increase in high-end game development costs will accelerate this trend.

The future of indie gaming looks bright, and the early success of this console generation (for Sony and Microsoft, anyway) indicates that the AAA game is in no danger of being driven extinct by the rise of mobile and F2P games, so I think AAA and indie titles will do great things in 2014 and beyond. But I think we will lose something as midsize developers go under. Midsize 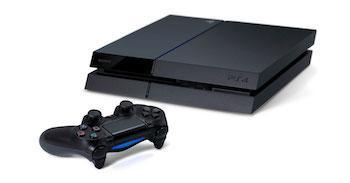 companies like Telltale Games and Atlus develop and publish games that take creative risks that AAA titles shy away from and whose gameplay and narratives have wide but not AAA appeal on with more length, depth, and production values than indie productions can support. Those two companies aren’t going anywhere (despite the bankruptcy of Atlus’s parent company index, the lucrative developer was quickly snatched up by Sega), but their midsize brethren are thinning out. Moving forward, I think it means fewer largish, somewhat risky games in 2014 and beyond in between the indie and AAA titles. That’s sad, but it’s the nature of business that industries change, and this is one that I think is unavoidable. What will happen instead, I think, is that we’ll occasionally see a risky AAA title, we’ll see a fair number of risky indie titles, and then we’ll see the AAA developers learning from the indie successes and incorporating some of those innovations into AAA games. Gaming will lose a segment of its production base, but the industry will march on without crippling stagnation.

That’s it for Part 2 of my look at video game trends for 2014 and beyond. What do you think? Are any of my predictions off? Have I missed anything important? Are these trends going to improve or diminish the gaming scene in 2014?