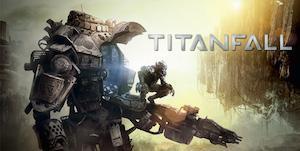 The console wars find Microsoft, with its ambitious yet expensive offer, the Xbox One, lagging behind the PlayStation 4. In fact, the PS4 has sold over six million units worldwide, while the Xbox One is yet to break four million.

While it's still too early to call, it seems as if the costly Xbox One has been snubbed by some consumers. This may be due in part to the DRM debacle that threatened users with frequent check-ins, or it may be due to the fact that the unit costs $100 more than the PS4. Many consumers have noted that the inflated cost is due to the integrated Kinect and microphone features--features that many would just as soon do without.

Wedbush Securities analyst Michael Pachter maintains that the PlayStation 4 will win the console wars by a sizable margin because it offers a leaner single-purpose gaming machine in a time when many people are still recovering economically. Pachter does note, however, that Xbox One sales should pick up at the end of the 2016 season. The question remains, then: will this be enough? Microsoft, while having gotten off to a wobbly start, is by no means giving up. The company holds exclusive rights to one of the 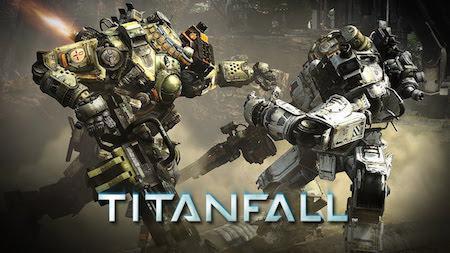 year's hottest titles, and if it manages this hot commodity well, it may yet pull ahead.

Respawn Entertainment's Titanfall is a first-person shooter, which means that once the game starts, it's kill or be killed. Similarities to shooters like Call of Duty end there. In Titanfall, after your NPC allies prep your 20-foot Titan and deploy it to the surface, you can kill smarter and faster than anyone else on the map. That is unless, of course, you run into an enemy Titan. Titanfall is far from the first game to utilize the mech concept, but it does so in gorgeous 1080p, and it employs a few fresh interface mechanics. For instance, when you climb into the titular war machine, you are presented with a beautiful tri-fold cockpit. This scheme allows for ample visibility while still offering heart-pumping immersion. As you take damage, your HUD, reticule and other graphical elements begin to warp and fade, rendering battle more and more challenging. This realism doesn't hamper the experience, however. Half the fun of the game is ejecting from your dying Titan and running for your life before it explodes.

According to Yusuf Mehdi, chief strategy officer for devices at Microsoft, Titanfall is "incredibly important" to the company. Mehdi confirms that while the Xbox division is not crucial to the current financial health of Microsoft as a whole, its success is nevertheless essential to securing Microsoft's place in the hearts and minds of entertainment consumers. The company's plans to integrate many entertainment devices into one begins with the Xbox One. Microsoft reasons that if consumers can buy one machine to fill their entertainment needs, they will do so. This suits the company just fine, as it means that they can cover several entertainment niches while incurring the manufacturing costs of only a single machine.

Microsoft recently announced that they are bundling Titanfall with the Xbox One going forward. This move leaves the machine at $500 while adding to its value proposition. The game retails for $60 on its own, and the move may well quelch resistance from consumers who insist that the Xbox One is overpriced.

Perhaps more importantly, Titanfall is exclusive to the Xbox One, Xbox 360 and the Windows PC. While the game itself doesn't feature an extensive stand-alone campaign, it does have several multiplayer modes that could keep players coming back for more. One of these modes acts as a four-hour online campaign where you unlock new missions as you win battles against other human players. Respawn Entertainment also has at least one downloadable content expansion in the pipeline.

The game has garnered mostly favorable reviews, and it received an 8.5 out of 10 from our titanfall review, and an 8.2 out of 10 from IGN Entertainment. IGN applauds the game's fast-paced multiplayer gameplay, stating that while some elements may remind players of shooters like Call of Duty, the futuristic setting and unique gameplay mechanics keep things fresh. Sales out of the UK give credence to IGN's stance: shortly after the 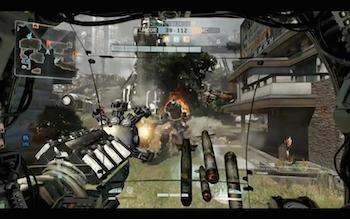 game's release, sales of the Xbox One spiked by 92 percent in the country. 70 percent of those sales consisted of the new Titanfall bundle. According to game sales aggregator Chart-Track, the game is the number one seller in the UK so far in 2014.

However, some reviewers found fault with the game's short campaign mode, comparing it to games such as Halo's that sometimes lasts up to three times as long. Others had issues with the fact that the game's campaign is only playable online, and some critics stated that while the game itself handles combat well, there's little story baked into the campaign itself. Indeed, most of the game's story elements occur in short cutscenes, as text updates in the upper left-hand side of the screen or as by audible orders given by a NPC.

There are other issues that could foil Microsoft's plans. For instance, the 360 version of Titanfall has been delayed repeatedly. Shortly after the Xbox One release, the 360 version was pushed back to April 8, which gives the small development team at Respawn Entertainment a few weeks to improve graphical performance. However, critics have noted that consumers can't expect the 360 version of the game to live up to its next-gen successor anyway, and they wonder how much polishing the company can do on the game in only a few weeks. To top it off, once the game is finalized, disks must be manufactured and shipped to stores. Arvid Bhatia, an analyst for investment firm Sterne Agee, speculates that Microsoft may be holding back on the 360 version of Titanfall because the game has performed better than expected on the Xbox One and PC--the implication being, of course, that Microsoft may be holding back in hopes that impatient 360 users will shell out for an upgrade to the Xbox One.

One thing is clear: in foisting the Kinect and other hardware on users, Microsoft has set itself on an uphill path toward outselling the PS4. The $100 difference between the Xbox One and the PS4 is a significant psychological barrier for many consumers. Yet Titanfall and other exclusives--such as an inevitable Halo release--may yet bolster sales enough to allow the console to catch up. Going forward, however, it is likely to be the hardware itself, and the price of that hardware, that remains the determining factors. Electronic Arts, who manages the budding Titanfall franchise from behind the scenes, has not committed the next installment of the series to any particular device. No doubt the prospect of the title appearing on the PS4 is a chilling prospect for Microsoft.

Why Keep the Flawed Masterpiece GTA V So Stupid, When It Could At Least Be Irreverent and Clever?

The 10 Best Mech Games of All Time – Part 1: Target Locked