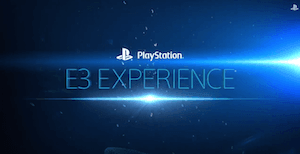 A new King’s Quest? Remastered Day of the Tentacle joining Grim Fandango as LucasArts games I can finally play again? And…an UNupdated Final Fantasy VII on PS4? One of these things is not like the other.

In honor of my mixed feelings about these announcements, here are my thoughts on hits and misses among these upcoming remakes, reboots, and ports, as well as a short wish list for other games that I 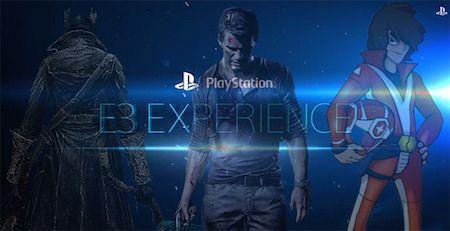 would love to have back on my screen. Which of these will you buy and play?

I don’t know if Square Enix remember this, but they already made a barely updated (slight resolution upgrade, trophies, and mechanic tweak to allow you to avoid grinding) FFVII available on PC last year. So if we want to play the game like it always was—which there’s nothing wrong with—we can do it already. It’s fine, I guess, to port it onto the PS4 so console players can get in on this, but don’t make a BIG ANNOUNCEMENT at the Playstation Experience keynote like this is manna from heaven that will change all our lives. Final Fantasy fans like myself have been waiting for a truly updated FFVII remake for over a decade now, so building up an FFVII announcement like this is just cruel. Put this in a press release somewhere, not on a giant stage.

King’s Quest reboot for most consoles and PC: Hit

A new experience that looks like it intends to pay homage to the old while making use of the two decades of gaming progress since it was top of the charts. This sounds like a better plan to me...maybe someone at Square Enix should take notes? Point-and-click adventures have been doing very well on the growing indie scene, but I’m very excited to see how higher-profile projects influenced by that era of gaming bring it into the 2010s in ways other than indie retro-ness (though again, there’s nothing wrong with that!).

You would think this would be hard to get wrong. Take a game with a large, passionate following, remaster it, update the outmoded aspects of the control scheme (I’m looking at you, Grim Fandango), offer the option for original or HD, make a lot of people very happy about throwing money at you. LucasArts and their present-day partners have done well to get Monkey Island (also rebooted well via Telltale’s Tales of Monkey Island, who also did a new Sam & Max series) and now Grim and Day out to the masses (and finally giving us X-Wing and Tie Fighter for modern OSes at GOG.com!). Square Enix are maybe the only company that’s forgotten not only how to give us relevant new games but also can’t even simply update the awesome old games that fans ask for at literally every opportunity? My apologies for this increasingly becoming a piece about Square Enix’s sadistic business model.

With so many of the greatest LucasArts games back on my life, I am a happy man this winter. But there are still 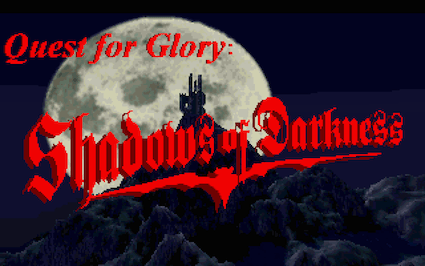 many, many great games being kept away from fans (new and old) who deserve to know about and play them by technological obsolescence. Here are some that top my list.

Man did I love this series. They got really, really good at their fantasy questing by the end when they made the fantastic, wittily irreverent QfG IV and the 1992 remake of QfG I. King’s Quest seeing the light of day again gives me hope for a new life for this classic quest series from Sierra.

I’ve written elsewhere about how Champions of Krynn and its fellow old-school D&D games were early favorites of mine, but how they’re almost impossible for me to sit through now because of their archaic early single-player gameplay. But there’s potential here. There was something super cool about switching from the screen to a book that came with the game that I think could be interestingly rebooted in surprising new ways, and this IP has been criminally neglected for far too long. C’mon, Atari…give the people what they want. You do like money, right?

I know, I know…this terrific 1984 game did get remade for PS2 in 2005…horrendously. But I can’t help feeling there’s something about the original that could be really successful today if done well. I think it’s the cartoonishness of the PvP action. A remake that captures that spirit (sort of like House of the Dead: Overkill in how unseriously it takes itself?) and the cartoonish art but with modern style (think MadWorld, maybe, but with less blood?) could be really fun.

I missed this game the first time around and the gameplay is enough of an obstacle (not to mention that I no longer have a backwards-compatible PS3 since that model just likes too implode far too easily) that I would love a true remake of this where you can play with the old or the new graphics/style. But ohwait this is Square Enix so never mind. They’d kick my dog before they gave me a chance to enjoy one of their old games again. Some fans are trying to do this on their own but Square will probably kick them, too.

So what ports, remakes, and reboots are you excited about? What hasn’t been announced that you’d love to see reborn in 2020?