Recipe for Creating the Best Selling Video Games of All Time 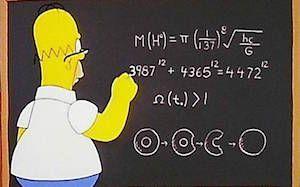 Video games are one of the most important cultural developments of our time. The early 20th century had film, radio, and TV. The late 20th and early 21st centuries have the internet, computers, and video games.

But which video games have affected us most? One way to answer this question—though certainly not the only way—is by looking at

bestsellers. Which games have reached the most people? So today I’m going to analyze the list of games that have sold more than 15 million copies (focusing on those selling 20 million or more) to see what it is about video games that are connecting with the most people.

Most wildly successful games fit into five categories: Super Mario platforming, family fun, Grand Theft Auto, RPGs, and shooters. But before we get into those recipes for success, let’s look at the outliers. We’ll start with The Sims. This PC/Mac life simulator sold about 16 million copies after its release in 2000, and its 2004 sequel sold 20 million copies. In my mind there are two keys to The Sims’s success. Well, three if you count just being really, really well made, but for these all-time titans, we’re going to go ahead and assume that’s always the case. You don’t sell 15-20 million copies without being extremely good at whatever it is you’re doing. There are no sloppily made games on this list (with the sole exception of Wii Play, which makes the bestseller list only because it basically came free with an extra Wii controller).

So back to The Sims. On the one hand, it’s a brilliant casual game—almost anyone can pick it up and start figuring out amusing things to do. And on the other hand, it has terrific depth and emergent interest. There are so many variations to play with, and the stories and characters that emerge are your creations, not driven by a pre-written plot or campaign. I know a lot of people who played The Sims a little bit…and I know a lot of people who played it A LOT. Being able to offer both is a pretty impressive feat. I’ll throw another outlier bestseller, Nintendogs for the DS (23.94 million copies) into this category, too. It’s a casual game that offers depth and self-created experiences to those who want to stick with it.

Selling nearly as many copies as The Sims, The Sims 2, and Nintendogs combined at 54 million is a game that takes a similar formula to its extreme: Minecraft. Minecraft is a sandbox game rather than a simulator, but the key factors—easy to enjoy quickly, but incredibly rewarding of extended attention—are quite similar. I know 9-year-olds who like to pop in and out of the forgiving, instant-gratification modes, and I know kids and adults who build impressive stuff from scratch. And we all know about the epic building projects that make internet headlines, including working read-write hard drives made out of Minecraft blocks. It’s essentially a virtual Lego set that never ends, and that you can share with the internet. The Sims, Nintendogs, and Minecraft teach us that there is an enormous market for games that can reach both dedicated and casual player bases with experiences that can be played both drop-in or for weeks—or years—on end. These games don’t have endings, but they can be satisfying even after just a few minutes, and people quickly ‘get’ whether or not they’re likely to have fun playing.

The next major outlier is the Mario Kart series. Mario Kart DS (23.56 million) and Mario Kart Wii (35.53 million) are the only two racing games to crack 15 million copies sold. It’s significant that they are both 1) Nintendo and 2) kart racers. These are racing games that match the wide appeal of the previous category by being easy enough for a little kid to pick up and deep enough to reward true aficionados who sink countless hours into learning their courses, karts, racers, items, and modes and competing against friends (and on the Wii, strangers online). This is the first PvP game we’ve considered, and that element is part of what gives Mario Kart its long replay value. It doesn’t have the openness of simulators and sandboxes, but competition offers its own long-term fun. Even the computer players make it new every time, as the game’s excellent design means that on the hard A.I. settings, victory is never completely certain even for the best player. Who is me. Just so we’re clear.

It’s worth reiterating, though, that what puts Mario Kart in the all-time bestseller list is that it’s a racing game for everyone. There are plenty of great realistic racers, but those have a higher learning curve and box out the casual players more…and they aren’t usually on Nintendo. With Mario Kart, we also see a trend that will become even more obvious in the second part of this article: from the NES to the Wii and DS, an insane number of the bestselling games of all time are first- or second-party Nintendo games.

Before we turn to the families of related games in the five categories mentioned up top, I’ll conclude part one with the final outlier. It’s an outlier in that there’s not another game like it on the list, but it’s not an outlier in the sense that it is THE single best-selling game of all time: Tetris. Tetris is the grandpappy of today’s casual online and mobile games like Bejeweled Blitz or Candy Crush Saga. In about 1990, my mom got a copy for PC and binged on it, responding to my hourly pleas for dinner with “just a minute” until she looked up and realized it was ten p.m. and her three children weren’t actually being unreasonably whiney (for once), but were legitimately hungry. Point being, Tetris is casual gaming crack. The breakout 1989 Game Boy version shipped 35 million copies. When released for mobile platforms in 2006, it sold 100 million more. The only other game, ever, to sell even half so much is Wii Sports. Both games got a boost as pack-ins, Tetris with the Game Boy and Wii Sports with the wider-selling Wii, but the 100 million mobile sales of Tetris make it clear there’s more going on here than a pack-in boost. Tetris is simply the quintessential casual puzzle game.

In part two of this article I’ll cover the five categories of games that make up the majority of all-time bestsellers: Super Mario platformers, family fun games (for Wii and Kinect), Grand Theft Auto, RPGs (mainly Pokémon), and shooters (mainly Call of Duty). Many of these adapt the formula identified here—reward both the casual and dedicated player—while others reveal a second, more hard-core trend made possible by 21st century’s wide mature gaming audiences.