I have killed a lot of digital enemies in my day. I can’t even imagine what my overall gamer kill count and bullet count are—I’ve popped enough related trophies and achievements to know it’s got to be high. Which is why I really appreciated the short, contemplative puzzle adventure title Valiant Hearts: The Great War, which follows four characters through the madness, heartbreak, and tenacity of the Western front in World War I.

Though three of your four characters are soldiers (French Emile, his German son-in-law Karl, and American volunteer Freddie, with the fourth being Belgian nurse Anna), you almost never fire a weapon in Valiant Hearts. When you do attack, it’s generally throwing dynamite at a position which

causes your enemies to flee, or firing tank shells at planes or armored boss vehicles. Point being, your kill count in this game is very, very low. Most of what you spend your time doing is solving terrain and item puzzles and dodging enemy attacks to get from point A to point B alive.

After all the virtual killing I’ve done, I needed a game like this. With only an extremely limited ability to affect the outcome of a battle or a war, I was quickly overcome by a revealing if oppressive sense of being caught up in a larger struggle that cared little for whether my characters lived or died. None of these people were going to make or break the war effort. Their lives, and those of the people they love, matter far more to them than to the war. Which doesn’t mean they don’t fight, but rather that what’s at stake personally and politically are at a profound and excruciating disconnect, particularly in a war whose necessity was far from clear (a theme that is sadly not irrelevant one hundred years on).

While trying to help these characters achieve their orders and also do what they can to protect their loved ones, you slowly piece together a sense of the brutal dehumanization of a war more mechanized than anything that had come before. You must dodge artillery shells (unrealistic, I know, but it builds a sense of defenselessness and near-helplessness while remaining interactive) from enemies you almost never see, and who almost never see you. You engage in trench maneuvers that, even when they succeed, change the battle lines barely if at all, and at great cost.

You will constantly see maimed and killed soldiers strewn across the battlefield in the foreground and background, and only occasionally can you do anything about it. And, if you pay attention to the collectibles and the historical notes in the menu, you learn about many more ways that people were managed by impersonal military and political bureaucracies and decimated by new technologies of death, such as blimps dumping loads of metal darts onto battlefields to plunge through helmets, skulls, and anything else that got in their way. There’s very little an infantryman can do to survive attacks that he can’t see coming and that move so very quickly.

The game has its dark moments and also its moments of hope and effort rewarded. Part of the accomplishment of the game is that it drives home how maddeningly arbitrary it can be who survives and ends happily and who loses those they love or even their own life—it’s not always about virtue or skill. This is a hard message to get across in a game without making the gameplay dull, but I think Valiant Hearts pulls it off relatively well by focusing on survival, rescue, and movement puzzles rather than fighting. These characters are trying to get through a war they don’t all believe in, but doing that often involves following often reckless orders and taking part in battles against enemies who sometimes are separated from you by only a few feet of earth. Questions of what it’s all for abound.

Completing Valiant Hearts left me with a better understanding of why, in the aftermath of this conflict, it was called The Great War and considered—hoped—to be the war whose senseless massacres would cause political leaders to find other ways to solve their problems than sending young men (and women) to kill each other. Considering that the name was revised to World War I only a few decades later, it also brought home the crushing resignation that must have accompanied that renewed descent into wholesale slaughter for those who experienced both.

It reminded me of the best World War I literature I’ve read, like All Quiet on the Western Front or Owen’s “Dulce Et Decorum Est.” I don’t want all games to be like Valiant Hearts, but I’m glad games can be like this and I hope to play more games like it from time to time, because it uses its interactive medium to make me think through the complexities of armed conflict in a unique and effective way. There’s a place for exciting shooters, too, but I also value the occasional thoughtful game that can keep me tethered to the very different meanings that wars have in the real world. 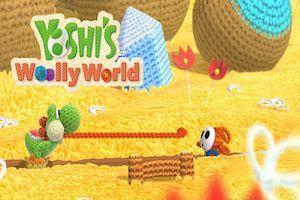 Does Interconnected Game Play Work / And How So
Read More