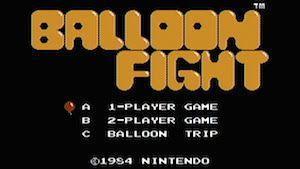 For a while there in the 90s and 00s it looked like video games would be a medium in which you could never look back. Video games are a medium tightly bound to its underlying technologies, and with those technologies improving in leaps and bounds, playing a three-year-old game, let alone a ten-year-old game,

often felt like an exercise in frustration (as I point out here with regard to early computer D&D games). Beyond that, as the consoles and computers used to play these games became obsolete, it became increasingly hard to find a working system on which to play old games even if you wanted to. 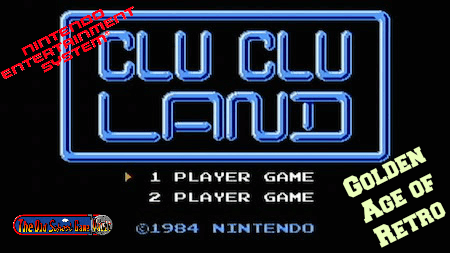 And then you’d have to find the games themselves. Happily, the last five to ten years has seen the maturing video game industry solve all of these problems in various ways, bringing the first true retro renaissance to the field of video games and to gamers young and old. The five main factors detailed below have combined to make it easier and more enjoyable than ever to play old games.

1) The increasing ubiquity of online commerce, both giants like Amazon and eBay and niche sites like The Old School Game Vault that give you just what you’re looking for has made it easier than ever to connect with other gamers to buy and sell old games and hardware. And in large cities like Chicago, retro arcades are popping up where you can play the original arcade games in their original form (while buying a drink or two…these tend to be aimed at adult rather than kid gamers). So finding ways to play the original games on their original systems is no longer the struggle it once was (especially in the nineties).

2) More and more old games are being updated for current OSes through platforms like GOG.com, Xbox and PlayStation and Nintendo download stores, and Steam. I can play King’s Quest, Quest for Glory, X-Wing, Star Trek: 25th Anniversary, and Super Mario World, among many others, on my current computer and game consoles (and it is glorious). Some games like Grim Fandango and Resident Evil get HD updates, others retain their original pixilated glory, and some, like The Secret of Monkey Island and Halo: Combat Evolved Anniversary, let you switch between old and new graphics. As this happens, what we’re seeing is similar to how other media survive over time: the best games persist while the mediocre and bad stuff drops off the radar. Most of the games that were fun because they were state-of-the-art but that fade when their gameplay and graphics lose their luster have been laid to rest, but the classics whose core mechanics, art style, and storytelling remain compelling have found second lives, one way or another.

3) Old games are being remixed, adapted, and inserted into new games (for more on old games hidden inside new ones, see the first link up top). Sanctum 2, for instance, hides adapted versions of the old Atari Centipede and Breakout games (you have to find arcade consoles hidden within the world and then you can play them). The NES Remix games are an interesting new development in retro remixing. NES Remix seems based on the premise that there is a lot of fun to be had in really old games—think the ORIGINAL arcade Donkey Kong and (pre-Super) Mario Bros. games, along with lesser-remembered titles like Balloon Fight, Urban Champion, and Clu Clu Land—but that playing them through with all their 80s frustrations and punishing difficulty is maybe not the best way to tap into that fun today. Instead, they prepare a slate of dozens of small snippets from these old games within the context of a large menu of challenges that unlock new levels and games as you progress. Rarely will you spend more than two minutes with any one game snippet. The experience is one of dipping into the past for maximum gaming nostalgia with minimal old-school frustration. This isn’t how I want to experience ALL of my retro gaming, of couse, but I think it’s a good sign that this approach has emerged in the retro gaming ecosystem alongside other options.

4) Retro-style sequels are becoming a thing. As the industry gets better at reviving old games, it’s given us all a chance to reflect on what made those games good back then and what’s worth reviving about them now. Current developers are incorporating these lessons into making new games (or reboots of old series) that draw heavily on the gameplay, narratives, and art styles of the old, while also benefitting from all the advances of the intervening years.

5) The rise of mobile gaming has provided the perfect platforms for replaying older, simpler titles (and new games based on them). If I’m sitting down at my home entertainment center to play a game on my widescreen TV, I tend to fire up my PS4 more often than some version of an Nintendo NES or N64 game (though I definitely play my Nintendo 64 sometimes, too). But on the go? It’s an ideal setting for playing older games whose graphics don’t need (or benefit from) a giant HDTV and which can be played in small chunks as I commute or kill time waiting in various situations. This is the impulse behind mobile consoles from the GameBoy onward, and the rise of smartphones has increased both the audience and the platforms for this kind of retro (and retro-influenced) gaming.

These five developments in the contemporary video game scene have combined to make this the first golden age for retro gaming. Which kinds of retro gaming do you enjoy most? Are there any you think are bad for gaming? Which retro and retro-style games are your favorites so far? Which titles are still hard to find/play that you’d love to see made more accessible, and how would you like to play them?