Maddeningly, we’ve all had the experience. You’re progressing through an enjoyable game, devoting your time and being rewarded for it, when all of a sudden there’s a glitch. A glitch that makes it impossible for you to carry on as you were.

A game-breaking glitch. If anything, this seems to happen more often these days

Mainly due because though dev teams are bigger and publishers throw more money at AAA titles than ever before, the scope of the games has gotten so big that it’s easier for a weird set of game-breaking circumstances to slip through the cracks in the Quality Assurance department. More pessimistically, it seems that since the advent of downloadable patches, developers are more willing to ship games with a less thorough testing process and fix them later in order to hit their release deadlines.

This game book for mobile systems lets you play through Jules Verne’s classic Around the World in 80 Days, setting your own course and figuring out how to pay for it and survive it as you go. A full play through probably takes about 3-7 hours (closer to the high end, for me)…unless you go through Quetta, Pakistan by mail train, in which case the game might separate you from your companion with no way to reunite or move forward, so the only thing you can do is hit “fast-forward one day” until you break your phone in half and throw it in the trash. This is a bad bug, and it doesn’t seem like it ought to be that hard to fix, especially since it’s a KNOWN bug (I found mention of it online after it happened to me and I sent a report to inkle when it did happen). Yet here it still is, nearly a year after the release (and over 5 months after the Android release) of an award-winning and apparently profitable game.

I fired up Shadow of Mordor for the first time nearly eight months after release, sat through the 8 gig install/update, and within two hours wanted to throw my controller against a wall when I realized that a bug was going to force me to delete my save file and start over. Both the Xbox One and PS4 versions of the game apparently have a quirk where, for whatever reason (possibly sometimes related to starting a play through before the update has finished, though that wasn’t the case for me), the main missions never show up or trigger.

You might not know this right away, though, because you can find mention of them in your Sauron’s Army menu, so you might think you just have to trigger them by doing some of the other missions that appear on your map. After a couple of hours, though, it’s pretty hard not to realize that something’s wrong. Which is when you go online and find out that you have to restart. Not a great way to ingratiate yourself with players just getting started, Monolith.

Bloodborne (From Software) – FIXED WITHIN ~10 DAYS

Thankfully I avoided this one (and From were good enough to fix the freaking thing, and quickly), but for other early purchasers of Bloodborne, their bloody dash through Yharnam came to a screeching halt when a key needed to open a door and progress through the game (about 1/3 of the way through, or easily several hours in) just wouldn’t show up. 10 days isn’t bad in bug fix terms, but on the other hand, for someone buying on launch day, waiting 10 days to progress is pretty rage-inducing.

Remember that video from February 2015 of the 5th grader who handed off his Destiny game to a stranger on PS4’s Share Play and had his high-level characters deleted? Now imagine if YOUR GAME ITSELF did that you to. That’s the bug in Dying Light. What it apparently does is delete all your items (including weapons) and skill unlocks, but lets you attempt to continue playing without them (though of course you’d have to do crazy grinding and replaying to do so). It affects most people at around 22% progression, but it can strike at any time, even post-game.

Your ability to keep playing at the level you’re at is literally never safe. It seems to be on all platforms. And even though news of the bug broke within days of the late January release, as far as I can tell there’s no word of a fix on any of the forums discussing it, even four months later. I like zombie games, but that’s a bug that makes me a lot less likely to buy Dying Light.

No 2014-15 list of game-breaking bugs would be complete without this train wreck, which contained more of them than the 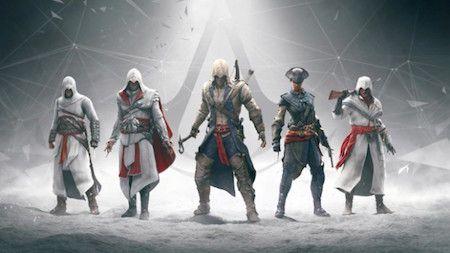 rest of the list combined. So many that within two weeks of launch, the publisher had to start giving away free DLC and games to apologize for the fact that this one was widely unplayable. And yet here we are, six months and a lot of patches later, and Ubisoft still hasn’t weeded out all the game-breaking glitches.

I guess that means we’re doomed to see this continue

If people are going to keep buying a game despite it being about as broken as a game can be, why would the developers bother to finish quality testing it before selling it? If we don’t say no to the truly broken games like Unity, we’re asking to be delivered more broken games in the future. I waited to buy Fallout: New Vegas until the less glitchy Ultimate Edition came out, even though I really wanted to play it. Please join with me in doing the same for major games and developers that try to foist broken releases on us and using the first month of release like a beta testing period.

What are some of the worst bugs you’ve ever dealt with?

Are there some developers or publishers you think are particularly notorious for delivering broken products? What should gamers do about it?