Button Mashers, What are They & How they came to be? 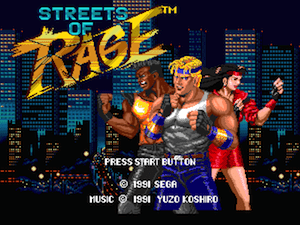 A couple decades ago, arcade games were all the rage. And one genre of games that were as ubiquitous as any were brawlers, otherwise known as “beat ‘em ups.” These games made a seamless transition to consoles, offering home gamers the opportunity to take out relentless hordes of oncoming villains.

And in the recent past, beat ‘em ups were reborn with the help of Xbox Live Arcade, allowing older players to rekindle their love for the button mashing genre while making some 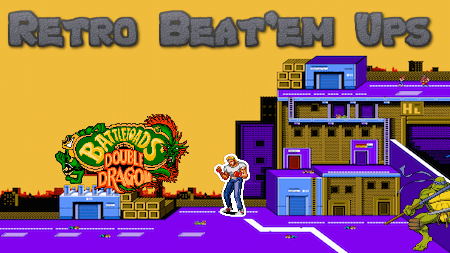 new fans in the process. So in the interest of nostalgia, here is everything you need to know about retro gaming brawlers.

The origin of beat ‘em ups

Back in the ‘80s and ‘90s, arcade games were manufactured for one purpose: getting kids to feed quarters into machines with reckless abandon. There were few better ways to achieve this goal than by designing games with high difficulty and non-stop action that barely gave players time to think. This is where brawlers came in. The frenetic gameplay and mass enemies meant it was only a matter of time before button mashing failed to be effective and death ensued. Then the countdown screen appeared, giving dejected players 10 or so seconds to fish another quarter from their pocket and redeem themselves. It was a call to action more effective than any maverick ad team could ever dream up.

Retro beat ‘em ups typically featured 2D graphics with side-scrolling gameplay. They were made up of a protagonist (or two, or four) engaging in melee combat against seemingly endless villains, and more often than not the game had a co-op feature. The brilliant thing about this genre is that what worked in the arcade worked equally well on home consoles during the time, such as the Sega Genesis. This is because 16-bit technology allowed for decent level design and gameplay. Of course, the move to 32-bit and 3D technology was the death knell for the “beat ‘em up” genre, as the new consoles focused more on action-adventure titles and shooters.

Any popular genre in any entertainment medium is bound to have multiple titles. And brawler games in the ‘80s and ‘90s were no exception. There were many iconic games, including “Double Dragon 2: The Revenge.” This game saw mulleted hero Billy fighting alongside his twin brother Jimmy as the two sought to avenge Billy’s girlfriend Marion, who was murdered at the hands of the Shadow Warrior gang. “Captain America and the Avengers” was another iconic entry, giving gamers the option to play as Captain America, Iron Man, Hawkeye, and Vision. (The latter being the least popular choice of the four.) “X-Men arcade” was another four-player brawler, but many gamers cite “Punisher” as the best retro gaming beat ‘em up of them all. The game featured Frank Castle and Nick Fury teaming up to do little more than hurl bullets and oil drums at a never-ending stream of baddies.  Here is a few of our picks for some great mid 90's button mashing fun.

The death of beat ‘em ups

Brawlers had their time in the sun, and by the mid-‘90s that time was all but over. Some hold to the notion that the popularity of “Street Fighter II” and other such fighters rendered beat ‘em ups obsolete. The sad truth is that arcade fighters and brawlers alike couldn’t find their place in a 32-bit world. The end of beat ‘em ups’ popularity coincided with the end of arcade’s mass popularity. And the world of console gaming moved on without the genre.

As mentioned above, the retro gaming brawlers found new life through online gaming. Hopefully younger gamers used to all those luscious, open-world environments and complex controllers will gain a newfound respect for the simplicity of design and focus on easy, fun gameplay offered up by retro brawlers.

What Made Arcade's So Special....