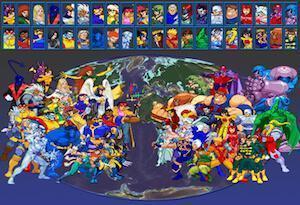 Black Panther Wakanda Forever just hit theaters, and it’s a joyous, fun-filled big screen experience, like all the other movies in the Marvel Cinematic Universe. It’s a great time to be a comic book fan, with several lesser known comic book characters getting their own movies.

But, Marvel isn’t stopping there. With the announcement of several AAA video games that will accompany future movies, Marvel is looking to reestablish its presence in the gaming world. But this isn’t the first time the studio is stepping into the video game markets.

Let’s take a look at the best Marvel video games of all time.

X-Men Legends 2 builds on the original’s team up formula and pits our favorite mutants against their deadliest foe – Apocalypse. The game features a massive roster of characters, each with their own unique abilities and unlockable costumes and artwork. There’s a lot of chemistry between the characters, and some dialogue between different characters draws upon the lore of those characters, creating an immersive experience for comic book fans.

For those of you who lean slightly towards the evil mutants, you can play as characters from the Brotherhood of Evil Mutants. Good times.

Ultimate Alliance is a worthy successor to X-Men Legends 2 and amps up the team-up action, 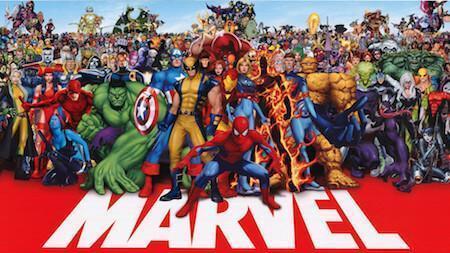 allowing you to choose from an even larger roster of characters. You can play as Ghost Rider, Doctor Strange, Silver Surfer and even Deadpool. Always wanted Thor to team up with Storm and unleash some double-lightning goodness?

Shattered Dimensions is the quintessential Spidey game and puts the web crawler in a dark, deeply satisfying adventure that features several iconic combat and exploration moments. You get to unlock several Spidey suits during the game, including the Noir Spider-Man, Ultimate Spider-Man and even Spider-Man 2099 as you fight bad guys through the multiverse.

Each of the Spidey suits have a distinct look and feel, and unique abilities that make swinging through the city and punching enemies square in the mouth a ton of fun.

Back when Deadpool wasn’t a huge star at the box office, the merc with a mouth had a video game which allowed him to run wild. One of the few M-rated games Marvel has released, Deadpool featured the signature humor of the character and some truly over-the-top moments that make this an adventure worthy of the character.

MvC2 is not just a good marvel game, it is an excellent fighting game with deep, complex combat and a massive roster of characters. The sheer joy you feel when the screen fills with psychedelic colors as you unleash devastating special moves, tagging your friends in to continue combos, is undeniable. The game has 56 playable characters, which is more than enough to keep you coming back to fight in the ultimate proving grounds for your favorite Marvel and Capcom characters.

Clone Wars is a stellar platforming/beat-em-up game released for the Sega Genesis. The game allows you to play as some of your favorite X-Men as you fight the evil Phalanx race of aliens. It was a massive improvement over the original and featured much smoother animation, improved graphics and a wider array of special abilities for your characters.

Also, it starts off with a bang. Which means it literally drops you right into battle without any introduction or cinematic. 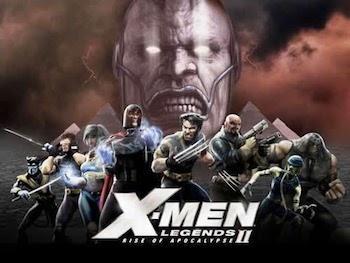 Marvel’s entry into the free-to-play genre, Marvel Heroes Omega, features a massive list of characters that you can use to build your own superhero team and complete missions a la Ultimate Alliance. There’s already a huge community of gamers that has flocked to this title, and the developers are constantly releasing new content.

And, it’s free. So, you can jump in, look around and see if the game suits you.

One of the incredibly rare occasions on which a video game is better than the movie, X-Men Origins: Wolverine is a far superior experience than the disappointing movie that it mirrors. Until the recent Logan, this game was the only place where you could really unleash Wolverine in a blood-and-guts environment. There’s a ton of hacking, slashing and body parts flying around in this game. Wolverine himself takes a lot of damage, and you can see the skin and bones when he’s wounded. There are a lot of unlockable costumes here, which keeps things fresh.

It also includes the classic Wolverine yellow costume, and is probably the only time we’ll get to see a Hugh Jackman Logan in that suit.

Did we miss any of your favorite Marvel games? Let us know in the comments!

Until next time, check out some of our other marvel articles: The Most Badass Marvel Bosses or The Best Superhero Video Games of All Time