1995 was a landmark year for video games. The PlayStation was only a few months old, and Sony was looking to make a comeback after Nintendo and the SNES had been trouncing their products.

32-bit systems were on the rise, and Sega was now getting into the game with the Sega Saturn. Due to the massive success of games like Donkey Kong Country, the Super Nintendo was still a popular player in the genre.

These are our top picks, in no particular order.

There's no way an article about the best video games of 1995 wouldn't include this game. Chrono Trigger was an outstanding gaming achievement that still holds up 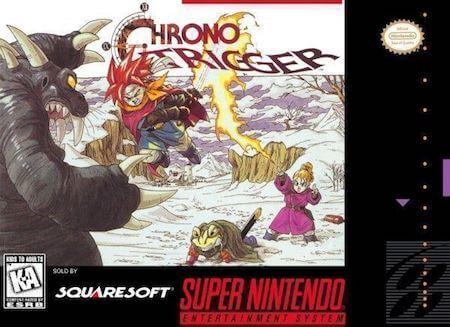 to this day. Developers Squaresoft really brought it and packed this game with so much awesomeness that it really needs a list of its own.

Here are some of the things players got to enjoy in Chrono Trigger.
- A fantastic cast of characters
- Memorable villains
- A time-travel plot that actually makes sense
- A fantastic soundtrack
- Multiple endings
- Highly enjoyable combat with combos and special moves

Seriously, Chrono Trigger is one of the best SNES RPG games of all-time. Do yourself a favor and play this game.

So, you don't get to play as Donkey Kong (because he's been abducted!), but you still have the pleasure of controlling Dixie and Diddy Kong. Both of these characters are tremendously nimble and using them to navigate the rich levels of Donkey Kong 2 is a true joy. The gameplay has a lot of variety and there are plenty of secrets, unlockables, and bonuses to appeal to replay-enthusiasts.

In a genre that is populated by nonsensical plots, Popful Mail is a breath of fresh air. Combining a riveting story with great action, Popful Mail is like a well-made Zelda platformer (meaning it is awesome). You can switch between multiple characters, weapons, and items. There are a lot of entertaining cutscenes that are made better by great voice actors, and the entertaining soundtrack lends itself perfectly to the colorful graphics.

Panzer Dragoon is really a testament to how a great developer can use limited hardware to create fantastical visuals. As a shoot-em-up that allows you to ride a dragon and blast everything in sight, Panzer Dragoon has a lot of things going for it. The controls are crisp and allow you to target and shoot enemies in a 360-degree radius. Although historians might compare it to Star Fox, there's really no Star Fox game that looked remotely as good as this one.

If you are a fan of shmup games, check this one out.

Mario as a baby? Check.
Can you play as Yoshi? Check.
A fantastic, colorful world to explore? Check.

Super Mario World 2 has a distinctive art-style and features the rock-solid platforming fun that the Mario franchise is well known for. There are some great boss fights, wonderfully imaginative levels, and the experience of adventuring through the mushroom kingdom with a fresh roster of characters is memorable.

Twisted Metal was one of the highly anticipated launch titles for the PlayStation, and that it manages to be a fantastic game under these parameters is commendable enough. While there's no story to really speak of (why would you bother with one in a game like Twisted Metal?), the gameplay is pillar-to-post rollicking fun. The vehicular combat is deliriously mad and the joy of destroying your friend's ride as you drive past them, laughing maniacally all the way to the finish line, is unlike anything else.

With Warcraft II, we saw the dawn of Blizzard as one of the most respected and popular game developers of all time. Warcraft II is a massive improvement over the original, increasing the unit limit, adding gameplay modes, diverse maps, more epic battles and refined AI,

If this wasn't good enough, Warcraft II added a map editor and multiplayer capabilities to let you test your battle prowess with other human players.

Rayman is a shining example of the power of beautiful animation and intelligent level design. Rayman gave us a memorable character and enjoyable platforming action that was breathtaking to behold because the levels looked so beautiful. Rayman isn't the most difficult game, but it is without a doubt one of the most enjoyable platformers you can get your hands on.

That concludes our list of 1995's most amazing video games.

What did you think of our picks? Let us know in the comments!