Golden Suns Storytelling Catastrophe, Is it a Waste of Time? 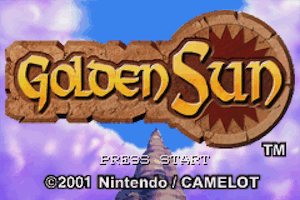 My retro review of Golden Sun briefly touches on the game’s major storytelling blunder alongside consideration of other elements of the game, many of which are quite well done. Here, though, I want to spend more time analyzing what went so terribly wrong with Golden Sun’s storytelling, especially the ending.

I also discuss other minor storytelling failures and, finally, Mind Read, the storytelling innovation that is the silver lining in Golden Sun’s cloudy story.

Toward the endgame of Golden Sun, I started to realize the game couldn’t possibly have time to wrap up everything it had been setting up. This is indeed the case. The game establishes early on that you need to deal with four elemental lighthouses, but Golden Sun only 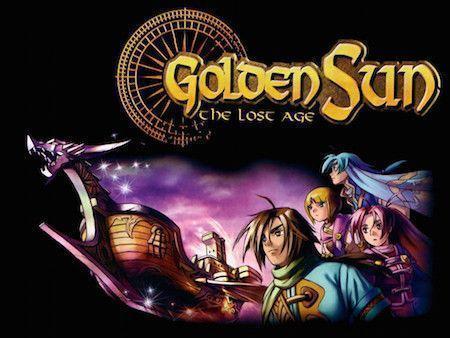 sees you through two of them...the other two, and a whole lot of other things teased by the first game, are in Golden Sun: The Lost Age, which came out a year later in 2002 and was actually the second half of a game that simply got too big for one GBA cartridge.

Splitting an epic story between two titles can work fine. Lots of games tell a story across two or three different titles and do it well. Golden Sun does not do it well, at least from the perspective of someone who has only played the first game (so far). And a player should be able to judge a game based on itself. If you pay for a major game and sink dozens of hours into it, the story should offer some sense of closure on its own, even if it’s clear there’s more to be told. Assassin’s Creed, Gears of War, and Mass Effect are all the beginnings of trilogies, but you could walk away from the first game satisfied you’d seen a complete sub-story anyway. Fire Emblem, Advance Wars, and Summon Knight: Swordcraft Story all have GBA sequels, but are standalone titles, too. There is very, VERY little closure at the end of the first Golden Sun. Your party doesn’t accomplish their goal, it’s not clear that something else good has come out of what you HAVE accomplished, and your protagonists don’t reach some new insight or maturity…nothing. The game essentially ends with your crew pressing onward without you because they’re only halfway through with things and haven’t achieved anything yet. There are also plenty of mysteries and questions about NPCs and essentially none of those are answered either. It’s one of the most dissatisfying endings to a 30+ hour game I can remember.

What’s more, from what I’ve read, the second game switches things up in really frustrating ways. In the sequel, you don’t keep playing as your original protagonist/party (though they do show up eventually), but rather as one of the first game’s antagonists. Which could be interesting if it wasn’t done in such a way as to suggest that everything your first party worked for in the first game wasn’t a complete waste of time! Which it turns out it was. Your first party was trying to stop bad guys from doing a good thing, as it happens. So in the second game your job is actually to continue the job you were trying to stop in the first game. This COULD make for a really interesting story, but the way it’s split between the two games undermines what’s good about it. I don’t want to play a full 30-hour game only to learn at the end/in the sequel that I’ve been doing the wrong thing the whole time and switch to another character who’s doing the right thing. If you want to have Isaac (and crew) realize that things are more complicated than they thought, change their minds, and take on a different quest, that’s kind of exciting. If you have Isaac and crew struggle for thirty hours to do the wrong thing but fail at it and then ditch them, that’s frustrating and a betrayal of however much you’ve gotten me to care for the characters. Which was kind of a low-medium amount, for me—there’s not a whole lot of characterization going on—but still. I’ve fought with them for dozens of hours, and now the story tells me that was futile, ill-advised, and over. This surprise reveal—awkwardly positioned between games—is Golden Sun’s most ambitious story moment, but it’s a bad failure, in my opinion.

Golden Sun has one other, lesser, frustrating story element, which is the yes/no choices that pop up in dialogue. Often during conversations, someone asks Isaac, the player-character, what he thinks about a plan, or ethical issue, or choice or something. You can say yes or no. But don’t worry! Your choices are completely meaningless and affect nothing. In fact, they don’t even lead to persistent characterization for Isaac, and the rest of the conversation will proceed as if nothing has happened after a single ‘response’ dialogue box. And even these responses often undercut the illusion of choice by essentially telling you ‘…you didn’t mean that’ if you choose the wrong option. This comes up often when you’re asked ‘Do you remember X?’ If Isaac’s supposed to remember, they’ll remind him or think he’s joking or something. Other times you’re asked ‘Is Y the truth?’ You usually know the answer, so there’s a right answer, but you don’t get particularly interesting responses either way, so these tend to be a waste of time, too. I honestly don’t know what the developers were thinking with this mechanic, because it’s the opposite of meaningful choice disguised as choice.

Golden Sun partially redeems its storytelling with one clever innovation, however: Mind Read. Maybe 6-8 hours in, you gain the ability to read minds. You can do this with any NPC you encounter. If you read a random innkeeper’s mind, it’s probably just extra characterization, but every once in awhile, you’ll stumble across a villager with a secret (usually hinted at in some way) that you can read to lead you toward a treasure (usually). This is a fun mechanic because it lets you get to know the towns and people better and it actually provides a few side quests. Using mind read on important characters helps you learn about them, too. There’s one section where you decide to suspend your main quest to go save this king, even though his queen tells you she and the guard can handle it and you don’t have time (I think you have to do this, even though supposedly it's a digression). When you get back with him, the queen yells at you for stopping your quest to save her husband. But if you read the king’s and queen’s minds (or talk to a couple of the villagers), you realize she’s being hard on you because it’s what a responsible ruler should do—but the greater good first—but personally she’s incredibly grateful that you saved her husband. This was my favorite use of Mind Read, but there are other variations on this that were also cool.

Overall, it’s hard for me to recommend or not recommend Golden Sun based on its story. It has a lot of nice small moments, but the end of the game is a massive frustration. And since the second game goes in such a different direction, there’s not even much delayed payoff for the investment in the first game’s characters and quest. The second game’s story sounds fine, but I’m not sure if that justifies playing the first. You might like Golden Sun: The Lost Age better if you DON’T play the original Golden Sun (though there are gameplay rewards—such as djinn and weapons—for playing the first game that you’d forfeit if you don’t transfer a save file to start The Lost Age). When the main innovation in a game story is also its biggest failure, it’s probably best to skip ahead to the sequel if you’re a story-focused gamer. The gameplay is more consistent than the storytelling, though, so that might tip the balance back towards ‘worth a play’ for many gamers.

What do you think—am I being too harsh on Golden Sun’s storytelling failures? Did the abrupt shift between games work for you? Did you feel the first game DID have closure in some way I missed? Is the story perhaps more palatable if you played it as a kid?

Getting Lost all over Again, with Shining Force for the Game Boy Advance