Super Mario Bros Everything You Need to Know & Didn't Know Are you a fan of Super Mario Bros, then you got to check out the history and what made this such an epic gaming Franchise.  This article was written by the nice folks over at GamesMojo.com, so head over and check them out!  They are a great spot for reviews, news and fantastic gaming blogs!

Super Mario is not just a fantasy platform video game. It’s one of the most recognized brands all over the world, which keeps the bar since 1983. Today Nintendo owns more than 200 games under this title. So what are they and how did they manage to make such a huge and tenacious franchise?

Mario is the protagonist of every eponymous game, Mario became Nintendo’s general mascot and best-selling franchise in the world. There is thought that Mario’s creator Shigeru Miyamoto got Mario's name from Nintendo’s warehouse owner Mario Seagale. Fans have been defining about Mario’s second name for years and called him Mario Mario. In 2012 Nintendo’s president Satoru Iwata declared that there’s no second name at all.

Let’s dive into the chronology of milestones of Super Mario to see how they changed the world.

This one is the first game which revealed us the Mushroom Kingdom – the main universe of Mario. It’s impossible to overestimate it because it gave birth all subsequent platformers and established gameplay features of the whole franchise. Super Mario Bros has 8 worlds with four so-called stages each. There were many similarities between Super Mario Bros and The Legend of Zelda because as they were both directed by Miyamoto for Japan’s exclusive Famicom Disk System.

Super Mario Bros were developed by only 4 people. Shigeru Miyamoto held an appointment of the director, designer, and producer at the same time. Programming was conducted by Toshiko Nakago and Kazuaki Morita. Koji Kondo wrote original music and tunes for multiple sequels, as a result.  The official world sales figures from Wikipedia are about 6.3 million copies, but many fake copies flooded USSR and other countries where the original game was not released by Nintendo. Nintendo's authorities understood that people starve for a sequel, but they didn’t plan to sell it abroad. The new title based on the original engine was considered too difficult for the American market.  Nintendo decided to hustle to pacify the fervent audience. Miyamoto took a ready-made game called Yume Kojo: Doki Doki Panic and turned it into a “new” Mario for USA market. Despite the fact that it was designed in Arabian style, people loved hitting enemies with vegetables in the new game and bought more than 38 million copies.  Original Japanese Super Mario Bros 2 was released only in 1993 under “The Lost Levels” title.

Nintendo stopped the jumble and released this chapter in its original look worldwide. It provided the new story in which Mario’s (or Luigi’s) mission is not only to save the princess but to set kings of seven kingdoms free. Notable improvements are the map of the world and new characters Koopalings – Bouzer’s Children. Over 17 million copies have been sold for NES, GBA, Wii, Wii U, and 3DS according to Wikipedia.

The release of this portable Mario game for Game Boy was a really monumental event as it gave birth to all subsequent portable chapters with the “Land” appendix. Main antagonist Bouser was replaced with Tatanga. Music was also unified with discernible new tracks. There’s quite nothing to say about graphics as they were designed for monochrome Game Boy screens. Simple, but revolutionary at the same time!  The sequel came in 1992 and introduced gamers a new antagonist named Wario. Games about him deserve a separate same-sized article. Back to the game – it’s not very replayable our days, but in the 90s that was exactly what audience wanted to see.

This long-awaited chapter was released as a brand new SNES flagman. New advanced graphics, sound, and landscapes made it SNES best-seller of all with more than 20 million copies sold officially. It’s reputation those times was close to the best game in history. Game’s scale influenced movie-makers to make a TV-series. Super Mario World introduced one of the most loved characters Yoshi who deserved a separate successful spin-off “Yoshi’s Island” in 1995. Today, you can play both on a new retro-console SNES mini or 3DS, Wii U if you have one.

Historical moment. Brand new Mario in the brand new 3D world! The audience expected developers to fail with transfer to 3D, but they brought a reincarnation of classic NES Mario in 3 dimensions, so to say. Dan Houser, who created GTA, claims that everyone who doesn’t confess borrowing features from SM 64 and Zelda is a lier.

the only drawback of this game is its carrier. Clumsy cartridges were out of “fashion” in 1996. Nintendo N64 would not have been sold so well if Mario hadn’t saved it with its popularity. 3D open world with dozens of secrets to discover got ahead of time. Mario achieved new movements which made him the forefather of all subsequent characters like Tommy Vercetti and thousands of others.

The 21st century is marked by remasters of classic Super Mario Bros. 1 and 2 with 2.5D graphics. A pleiad of new consoles gave birth to Mario Galaxy 1, 2 which was highly popular due to its brave new look at what platformer can be. Super Mario Galaxy gained 97 on Metacritic!

Surprisingly, Nintendo didn’t sink 2D games and made such remakes as New Super Mario for Wii and Wii U. Retro graphics were also used in an outstanding sandbox Super Mario Maker which uses the touch screen of Wii U and internet features such as level sharing and downloading. It may be called “Simulator of Miyamoto” instead!

Their first mobile experiment was Super Mario Run for iOS. It’s the first Mario game for non-Nintendo devices. It wasn’t very well-sold but gained much Their last hit is Super Mario Odyssey, that is the Switch best-seller. Shigeru Miyamoto did his best again and revived traditions of Super Mario 64. Critics and gamers christened it the best chapter in the line.

Super Mario proves to have a soul behind it. It’s truly the best example of Japanese precision and honoring of traditions. We wouldn’t receive such great games without these factors. Appreciate your time and play only the best games! 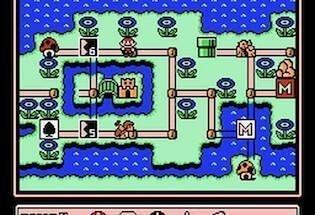 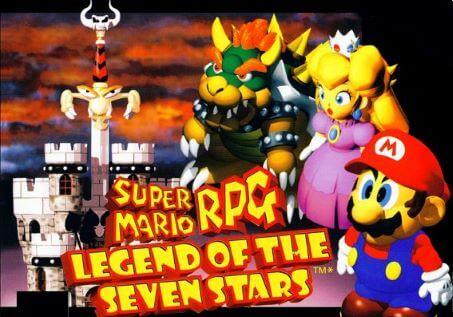 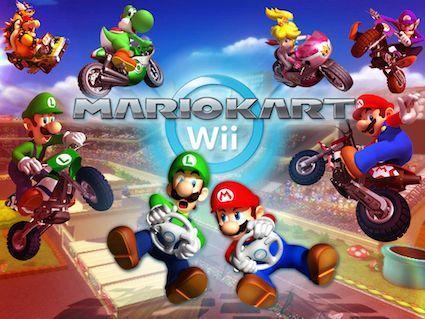