Robert Kirkman’s ‘The Walking Dead Series' of graphic novels are a tour-de-force of storytelling via sequential art. The stark black artwork brings out emotions better than most full-color big budget comics.

The characters are amazing, the atmosphere is suitably depressing and no one is safe. If you look at it, Kirkman’s work almost begs for a videogame tie-in. That being said, other than some exceptional games such as Arkham City and Arkham Asylum, video games based on comic franchises generally aren’t that great. The Walking Dead: Survival instinct is, sadly, one of these mediocre games.

The Walking Dead has become a hugely popular TV show in today’s time. With the voice acting talent of the entire cast of that show available to the developers, they really should have done better. The Walking Dead: Survival Instinct is a prequel of sorts which tells the story of one of the major characters of the show – Daryl Dixon. Daryl is a character who doesn’t appear in the comic books and was specifically created by the show. Norman Reedus’ stellar performance has made this character a favorite amongst fans. He provides the voice to Daryl’s character in the game as well. Also returning from the show to provide the voice of Merle Dixon is actor Michael Booker.

Unfortunately, the game fails to make good use of these actors’ talents. It is a generic first-person shooter that is based in the universe of the TV show. Although you do see some sparks of inspiration in certain areas, they never fully blossom into anything concrete. You have your standard roster of weapons – pistols, shotguns and since it's The Walking Dead, a crossbow. The game tries to nudge you into stealth mode, guiding you to sneak around the zombie hordes. But the truth is, it doesn’t really make sense to play the game this way. There is zero reason for you to continue stealth-killing with your knife and creating distractions for the walkers while you tiptoe your way to the next objective. The game design is broken. Instead of sneaking around the walkers, if you ignore them completely, you can get to the mission markers faster. The zombies that do spot you will chase you for a while and then get bored and quit. The few that manage to reach you can simply be avoided by climbing on a perch or a car, and watch as they fail to reach you even though you are within an arm’s length.

For people who have seen the show, the story will come as no big surprise. You know that you are stranded, and the big rescue the people in the game are waiting for is not going to arrive. This realization makes tasks such as gathering resources feel pointless. You have to make your way from level to level and just try to stay alive. While in theory this is a cool mechanic, the game fails to deliver on its promise. Every level is a reskinned version of the last, with the same abandoned shops, desolate streets and rooftops.

You can get to your objective markers by choosing to take one of three roads – highways, back roads and the wild, open roads. Each of these choices has its own repercussions. For example, riding around on the highway will save you fuel, but your vehicle is more likely to break down. If you choose to risk it and try your luck on the open roads, you will always have a friendly arrow that points to where you need to go. These missions usually consist of gas cans or spare car parts that you need to collect. Once you get one of the parts, you are guided to the next one in a mechanical fashion. This takes you out of the experience and relieves any sense of dread that you might otherwise have if you were in The Walking Dead’s universe. These levels are only in the game to bolster its runtime.

You will run into other people who have managed to stay alive on your travels, and on occasion one of them will choose to join your merry band. You can equip these new members with weapons, so they will be able to pull their weight in a firefight. Not only that, but you can also task them with grinding chores, such as gathering fuel and ammo. They will be helpful while they live, but if one of them dies, you don’t really feel anything since the game doesn’t bother to develop their characters. You might find yourself intentionally sending one of them out on a suicide mission just to break the monotony.

The Walking Dead: Survival Instinct makes a hash of its rich franchise. The story of the comics and the show could have translated into multiple interesting gameplay mechanics, but you’ll find none of those here. It just feels like a blatant attempt to make a few extra dollars from The Walking Dead franchise. 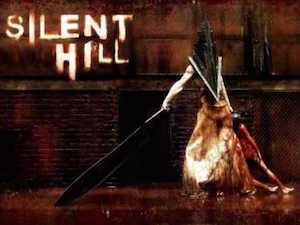