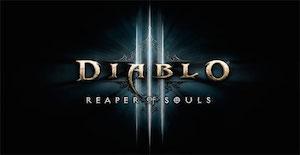 Diablo III was probably the most hyped RPG game of all time. The massive expectations, coupled with the incredibly long delays in development, meant that by the time the game came out, a lot of gamers had already moved on to other offerings from Bioware and other studios.

However, the ones that didn’t lose faith were treated to a suitably complex and enjoyable adventure that continued in the great tradition of previous Diablo games. By all accounts, it wasn’t the best game in the series, and it had a lot of bugs and ongoing updates, but it was still a stellar offering. Pillaging and killing your way through Sanctuary was a lot of fun, and the different player classes and builds meant there was a lot of replay value. The expansion, 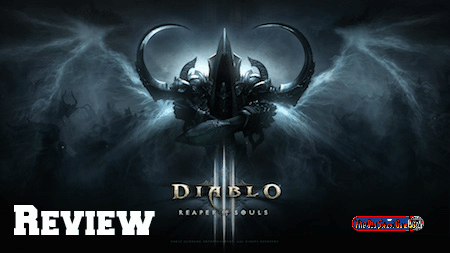 Reaper of Souls lets you return to the world of Sanctuary, this time with an additional character class, a whole new story campaign, lots of new stuff to loot and places to explore, and most importantly, a new game mode called Adventure.

In this edition, you will be facing off against another incredibly evil, mega-powerful monstrous entity called Malthael, who is the angel of death. Yes, that is a role most suited for Malthael. Continuing the fine Blizzard tradition of fantastic cutscenes, the game introduces this malicious character gloriously. From the outset, you are made aware that this guy is not meant to be trifled with. Like most other mega bad guys in the Diablo franchise, Malthael is raising up an army of demons to take over the world. Only this time, he’s turning the humans he slaughters into recruits for his army. So yes, basically you have magical zombies to contend with as well. He’s a fantastic character, he looks really cool, and the few times that he does show up in the game are stellar moments.

Before you get to face Malthael, you must journey through a new set of locations. The maps in Reaper of Souls are uniformly fantastic, and they convey the grim, foreboding nature of the story and your quest appropriately. When you played through the original game, you occasionally ran into places which didn’t feel all that gloomy and were actually pleasant to be in. But here, it’s mostly all fire and brimstone and ruins, and it suits the tone of the game perfectly. You will make your way through the city of Westmarch as it gets battered and swarmed by enemy forces. You will break open fortresses using gigantic battering rams, journey into the place between worlds and fight towering monsters on volcanic terrain. This is serious business, and the path you take through the game reminds you of it, every step of the way.

The game is also noticeably tougher this time around, with enemies appearing more often and you might catch yourself running low of health potions frequently. The level cap has been increased to 70, which means that you now have additional abilities, both active and passive, to play around with. The new abilities are good fun and add some extra dimensions to your favorite classes. The new character class, called the Crusader, will remind you of the Paladin class from Diablo 2. The Crusader is basically a melee and ranged hybrid character, who uses holy spells and shields to make mincemeat of enemies. Much like the Paladin class, the Crusader has a lot of defensive abilities that help you get out of potentially tight situations. It’s a fun class to play around with, and you’ll have some good times playing through the locations you previously explored with your new characters.

As mentioned before, Reaper of Souls adds a new mode to Diablo III, called the Adventure mode. To unlock this mode, you need to defeat Malthael once. Adventure mode allows you to collect small pieces of treasure in every region you play through, so even if you are short on time, you can play for a little while and collect some bounty. Each bounty or treasure that you gain will require you to perform a certain task, such as killing a boss or 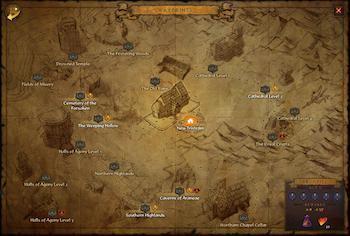 clearing a specific area of all enemies. The rewards you unlock by performing these tasks consist of experience, gold and sometimes items called blood shards. Blood shards are similar to gems, in that you can use them at certain merchant stores to add some extra oomph to your items. If you manage to complete all the bounty quests in a particular area, you get a bigger reward in the form of a Horadric cube, which, no surprise, contains some more high level gear.

If you want to get some even cooler stuff, you have the ability to combine keystone fragments that you’ve previously gotten during your bounty runs to open what is called a Nephalem rift. A Nephalem rift transports you to what is basically a randomly generated dungeon, combining familiar terrain types together in interesting ways. Here, you will have to beat some high level monsters to get, you guessed it, some even higher-level gear. There’s also a new kind of merchant in the game now, called the mystic. What the mystic does is replace one of the randomly generated properties of your items. It’s a gamble though, because what you end up with might not necessarily be better than your original enchantment.

Diablo III is very crafty in the way it keeps you running on the hamster wheel by rewarding you with these different items and bounties. The moment you feel you’ve had enough, you’ll be struck by the temptation to collect one more fragment or venture into one more dungeon. And the next thing you know, six hours later, you’ve called in sick to work because you haven’t slept a wink.

If you’ve played Diablo III and weren’t impressed, Reaper of Souls won’t do much to sway you. But if you did like Diablo III and, let’s face it, are probably still playing it, Reaper of Souls give you a lot of more content to sink your teeth into. The new Adventure mode, the extra character class, the new maps and the additional story campaign are a lot of fun, and if you haven’t had your fill of busting up evil monsters in the Diablo world, you should definitely give this a try.

Game Trailer:
Diablo III Expansion: Reaper of Souls Review
Does the lates saga of Diablo continue to excede the massive expectations or have the long delays hurt the diablo series? Find out with this diablo III: Reaper of Souls Review by The Old School Game Vault.
Written by: Brandon Perton
Diablo III Expansion: Reaper of Souls
7.5 / 10 stars
Facebook Twitter LinkedIn Pinterest Reddit
Tags:
Xbox 360 Review PS3 Review
The Joys and Design of Violence in Your Favorite V...
Balancing the Old and the New in Video Game Sequel...

Should I enjoy Liberation on the Big Screen or Stick with the Vita?