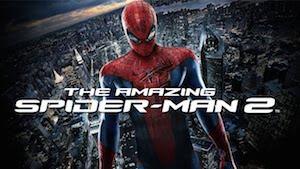 If you call yourself ‘amazing’, you better be able to back it up. If you boast endlessly about your ‘amazing’ music collection to your friends, only to have them come over and discover a bunch of Rick Astley tapes, you won’t be the most popular person in your group.

This same problem plagues The Amazing Spider-Man 2. Its titular hero is the quintessential everyman – nerdy, dorky, intelligent but socially anxious and skinny. He’s basically someone whom you and I can relate to, and despite the fact that he performs incredible feats of agility and bravery, his 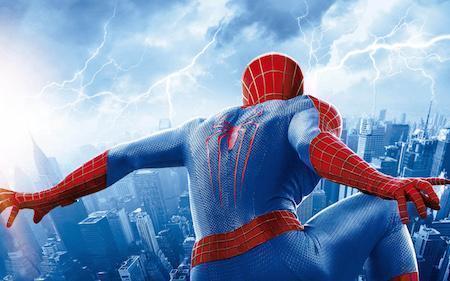 primary appeal is that he’s a normal guy. His wise-cracking, sarcastic quips as he foils bad guys have endeared him to generations of fans. But at point does what does Spider-Man stop becoming the good guy and venture into a grey area? Is it OK for him to spy on the populace because he wants to stop potential threats? Is it OK for him to hack into a police laptop? Unfortunately, The Amazing Spider-Man 2 never gets around to these questions.

The game is much like its hero – it’s frustrating at times and enjoyable at others. When you’re soaring through the New York skyline, zipping around from one tall building to the next, seamlessly attaching and detaching yourself from objects in your vicinity, the game shines. The graphical representation of your web-swinging creates fantastically kinetic imagery, and it’s a great testament to the power of the PS4. Even when you have to swing around corners, the game creates fluid motion patterns. If you don’t have something to latch on to, however, you’ll plummet to terra firma. Let’s face it – nobody wants to see Spidey walking around solving crimes. Unfortunately, the same movement system that creates such a sense of freedom when you’re swinging around aimlessly, restricts you significantly when you have to reach an objective while you’re jumping around. The camera gets stuck and shakes in weird locations, making it difficult to focus on whatever it is you want to get your hands on.

Combat is similarly flawed. You’ll spend a lot of your time in the game beating up random thugs around the city, but once the novelty of the different attacks you have at your disposal wears off, it all becomes rather monotonous. In addition, beating up enemies is often too easy, and can be accomplished simply by mashing buttons. Visual indicators that alert you when to perform certain moves make combat even easier. You dodge when they flash red, and then mash buttons till everyone’s been knocked senseless.

The boss fights are a slightly better version of this mechanic. While the game still gives you indicators for when to dodge, you’ll have to time your moves perfectly to beat them. For example, the battle against the hyper-nimble and quick Black Cat will require you to pinpoint your strikes and test your reflexes while dodging her attacks. In the Kingpin boss fight, you’ll have to avoid getting your health drained by the waves of henchmen he unleashes against you before you can hurt him. The villains have some interesting dialogues during their boss fights that get back to the questions we talked about before. If there are truly high-level threats at loose in the city, why would a superhero want to waste his time beating up random thugs? A lot of how people view you in the city changes on an ongoing basis depending upon the number of crimes you solve. If you rescue someone from a burning building, for example, the public trust in you increases. However, if you bungle up a couple of crime-stopping missions in a row, the public immediately begins to turn against you. This is an interesting mechanic that unfortunately isn’t explored more in depth.

If you get tired of solving the same crimes over and over again, you can explore the city to find hidden goodies. There are a lot of comics, figures and alternate costumes you can unlock. The character of Spider-Man himself is voiced admirably, and the humor is tongue in cheek, much like the comics. If you play the game enough, you’ll eventually find that he repeats some catchphrases, but this is unavoidable. The overall mood of the game is very light-hearted, and you won’t find yourself pondering existential questions like you would if you were to play through one of the Arkham games. The supporting cast is voiced perfectly as well, and going through their biographies and the general Spider-Man universe at large is a lot of fun.

Where Amazing Spider-Man 2 fails is in its inability to innovate. Any number of Spidey games have featured the same web-slinging, bad-guy clobbering, goodie-collecting action. This seems like an old Spider-Man game, only brushed up and with a fresh, next-gen graphical coat of paint. There aren’t many points during the game where you’ll be surprised or taken aback. Even so, it offers an enjoyable little slice of the Spider-Man experience, and a few interesting boss fights. Spending time with Peter Parker is enjoyable, largely due to the fact that he doesn’t take himself too seriously. While this isn’t a particularly great superhero game, it isn’t that bad either, and fans of the web-slinger might want to give it a whirl to see how their favorite character in tights looks on the next-gen consoles.