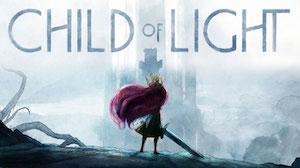 Sometimes, you just need to be by yourself. As prevalent and numerous as the virtues of positive thinking and happiness are, your body naturally needs a yin to the yang. Sometimes, you need to sit quietly, introspect, and allow yourself to be sad and melancholy if you need to be. While there’s great joy in being surrounded by a loving family and friends, the soul sometimes seeks solitude, to reconnect with itself, its own essence. Child of Light is a game that touches and talks about these themes in a manner that will make you think, long after you’ve finished playing it. The flora and fauna in its environment seem to be untended, and its characters seem to have given 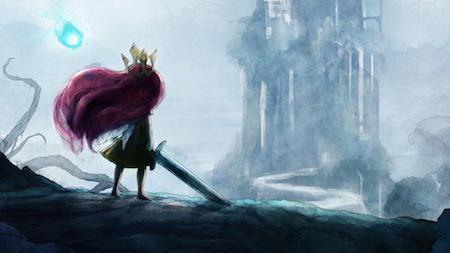 up on hope or the dream of an exciting and fulfilling life. Child of Light is not an upbeat game, but it’s a profoundly moving one.

The dialogue is filled with poetry that seems to be innocuous rhyme, but is constructed with subtle themes of existentialism. When you consider that the conversations are backed by a moody piano theme, the combined emotional impact is significant. The art style of the game seems like one that would befit a fantastical fairy-tale adventure, but Child of Light is far from it. It seems like you woke up in a dream that on the surface seems to be perfectly beautiful, but is filled at every turn with signs that something isn’t quite right. You keep waiting for a joy that somehow never seems to materialize or present itself. But once you get past your own initial expectations of what you’d like the game to be, you are presented with a deeply affecting, complex adventure.

You play as Aurora, a girl who was once incredibly close to her father, but for some reason has been estranged from him. You’re told her story through dreamy, hazy images. It so happened that one day, Aurora went to sleep, and simply never woke up. Her father, who loved her dearly, was beside himself with grief, and in his turmoil, he forgot to tend to his subjects. And thus, the people and the kingdom were lost, as their king was. Aurora, on the other hand, awakened in some sort of a dream world that was completely foreign to her. The themes of hopelessness, crippling grief, fear, longing and the search for meaning are prevalent. As you progress through her journey, you’ll find a lot of resonance in the people and situations she encounters on her way.

You aren’t alone on this path, however. At different points in the game, you will join up with a jester seeking her brother, a greedy rodent, and a gnome who hails from a cursed land. But ultimately, your most trusty companion will be, surprisingly enough, a firefly named Igniculus. He will journey alongside you, floating and helping you with certain objectives and enemies in your way. He can also help you to reach areas that you couldn’t get to yourself, and offers some interesting words of wisdom to boot. You have absolutely no weapons, and as you journey onward, you gain the power of flight. Once you can fly, the whole movement dynamic changes, since you have to get used to the way you now float along to overcome the obstacles in your path. In an interesting thematic choice, the power of flight is what most people associate with freedom, but here, Aurora just looks at it as another aspect of this world she’s trapped in.

The design of the maps is fantastic, and each environment teases secrets hidden beneath the surface. You will be tempted to explore each of these environments in detail to find hidden objects and chests. It’s not all fun and games, however. Along the way, you will have to face some mean enemies. You’ll come up against wolves, boars, birds and even undead magical horses. You’ll have to use the powers of the members in your party to successfully overcome these challenges. You’ll have to use some turn-based RPG mechanics by juggling different abilities that your party members possess. You can use Igniculus to slow enemies, and interrupt enemy attacks to have 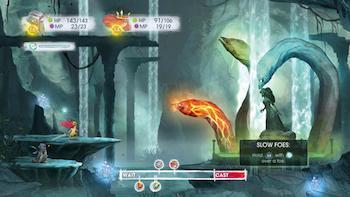 them make mistakes out of anger, or cower away in fear. You never feel completely at ease during these situations, and the nagging sense of inevitability is ever present as you face newer, more powerful enemies. Even if the combat isn’t always too tough, Child of Light expertly weaves a sense of fear through its proceedings.

On the Fence About:

Combat is about the only time that Child of Light abandons its melancholy, languid nature. The music quickens and your companions stop talking about their worries until they’ve defeated whatever stands before them. The immediate nature of the combat makes the moments when the game returns to its roots much more impactful. When you can abandon your cares for a moment and unite to achieve a common purpose, it’s tough to be sad. Happiness, however, is fleeting in Child of Light.

Child of Light is a unique and memorable game. The beautiful visuals and gorgeous level design draw you into the depths of its quiet despair and sense of sadness. The music is fantastic, and complements whatever is happening on-screen perfectly. Aurora is a remarkable protagonist, and you feel for her, and the characters she encounters along the way deeply. The combat is exciting and requires you to harmonize the talents you have at your disposal. However, the most interesting thing about this game is how compelling it is, even though it is relentlessly gloomy. Very few storylines can confidently keep the player this interested when they’re being dragged through a harrowing experience. You might find yourself staring out through your window, at the emptiness and city, musing about life and love and many of the other things we concern ourselves with after playing this game. This game is an absolute must-play.