The Dark Souls games have always asked you one fundamental question – how far are you willing to punish yourself to get to the light at the end of the tunnel? The games have made a reputation for being brutally, unfailingly difficult, yet rewarding to players who manage to brave the odds and not break their controller, their screen or their entire console.

Walking this fine line between being challenging and being unfairly difficult is a tough task, but developers From Software have shown themselves to be up to the challenge time and time again.

In recent times, gamers have had good reason to be skeptical about DLCs. A lot of game companies have used the downloadable content 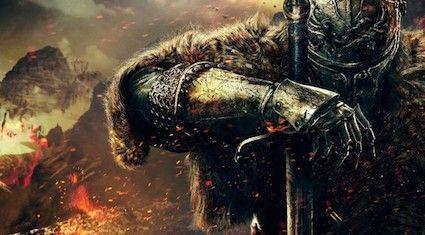 model to blatantly grab cash from players. More often than not, DLCs are filled with content that could easily have been in the original game, and holding it back for a DLC shows a sneakiness that is frowned upon. But fear not, Crown of The Sunken King isn’t one of these. It is a completely new saga in the Dark Souls universe, and it ties into the existing mythology and mood of Dark Souls II wonderfully.

You have a lot of new areas to explore in this DLC. Some of the dungeons and pathways you take may even remind you of the first Dark Souls, and this is probably an intentional design choice. In addition to having a lot of extra areas to explore, you’ll also come up against some interesting puzzles that you need to solve to progress. Solving some of these puzzles will alter the entire terrain, giving you access to areas that you didn’t have before, or illuminating alternate pathways to places you want to get to. A lot of puzzles also reward you with rare treasure items, and therefore players will be encouraged to solve as many of them as they can. In this regard, Crown of The Sunken King stands apart from Dark Souls II because it engages your problem solving abilities in a completely different way.

The level design in this game is also different from its predecessor, since it seems to have a more Aztec inspired landscape compardared to the European feel that Dark Souls II’s environments had. It still looks incredibly good though, and all of the temples and ruins and castles you will come across are intricately detailed.

Of course, it wouldn’t be a Dark Souls game if it wasn’t maddeningly difficult. Especially if you’re new to the Dark Souls franchise, you’d be advised to play through the entirety of Dark Souls II at the very least before you pick up this one. The reason for this is that Sunken King assumes that you have completed, or at the very least played a fair amount of the original game, and starts your journey from one of the places you visit midway through Dark Souls II – Black Gulch. From here, if you’ve played through Dragon’s Rest and the Shulva trials, you know what to expect. If you don’t, go back to the original game and wander around a bit, because dying a thousand times to the poison statues in Sunken King does not make for a fun time.

The DLC keeps the horror and the dread of the environments constant, and even introduces some nasty new monsters that you have to fight against. Coming across a corrosive egg crawler in a dark passageway will make you flinch, guaranteed. Do you remember the feeling you got during the dinner scene in the original Alien? Expect that to happen, often. In a way, the series almost crosses over into the survival horror genre in certain environments.

Dark Souls has always been a series that didn’t spoon-feed you the information you needed to stay alive. By placing subtle hints and leaving the rest up to your intelligence, Dark Souls empowers its players to primarily find out as much as they can about their environments if they hope to make it through. This is not a game that you can coast through just because you chanced upon a powerful sword drop in a random 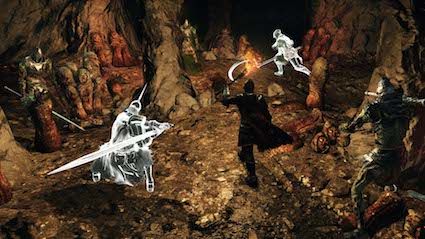 dungeon. Crown of The Sunken King is no different in this regard. More often than not, your success in combat will depend on you knowing the environment better than your enemy. Wherever possible, if you can lead your enemies to their death by nudging them off cliffs or into pits, it is preferable to engaging them in an all-out duel. On the flipside, there are some enemies that you would rather fight on flat terrain, because they are experts at pushing people off cliffs too. Certain enemies come at you in groups, and it’s better to isolate them and pick them off one by one instead of trying to engage them together.

The bosses you will face here will test your knowledge and your patience. If you’ve played the previous games, you will have a bit of an idea what to expect. You need to wait for your opening and strike, while being prepared to die often. Some of the bosses look like alternate versions of those from Dark Souls II, but they’re still a tremendous challenge to face up against.

If you’ve played Dark Souls II and are one of the few that managed to beat it, you might have felt the resonance of having achieved a monumental task staying with you long after you finished playing the game. Without a doubt, Crown of The Sunken King will give you some of the moments that this series is famous for. Namely, the moments where you have died a miserable death at the hands of the same foe for probably the twentieth time in a row, and you have a choice to make – do you give up and stop playing, or do you persevere and try to push through? This DLC has a lot of great areas to explore and plenty of brutal and rewarding combat for you to experience. Dark Souls II: Crown of The Sunken King succeeds as a bearer of the franchise name and brings a lot of new stuff to the table that will make the forthcoming content packs even more fun.