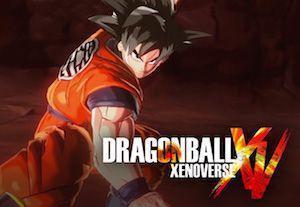 Two characters stand on a barren wasteland. An intense staredown. Gradually, the screen and the ground begins to shake. Debris starts to float up into the air as the two characters charge up their attacks. They growl and grunt and shout.

Some ancillary character who has been hiding behind a rock exclaims “His power level is OVER 9000!” And then, both characters unleash their attacks. The ground explodes. The surrounding landscape explodes. And sometimes, the entire planet explodes. Welcome to Dragon Ball.

Whether you’re a fan of the series or not, the influence Dragon Ball has had on manga and anime is undeniable. With tremendous popularity comes spinoffs, sequels, adaptations and even games. But here’s the problem – if you’re a fan, you already know the stories these games let you play through. If you aren’t a fan, it’s tough to convince you to get on board with two weird-looking aliens shooting energy beams at each other. Dragon Ball Xenoverse has the unenviable task of finding something new to talk about in the Dragon Ball universe. Something which isn’t Goku and his Kamehameha. And it succeeds, at least partially.

The very first change that Xenoverse brings to the table is a welcome one – giving players the ability to create their own character. You design your character from the ground up (you even get to choose the way your hero shines) and then playthrough the plot alongside your favorite characters. If you want a Saiyan version of yourself saving the world, Xenoverse is the game for you. There’s a small catch here –your character doesn’t have too much to say other than the odd grunt and some generic special attack cries. However, this won’t be too much of a problem for fans of the series who’ve grown up loving the show and dreamt of fighting alongside Goku.

After you’ve created your character, Trunks shows up and initiates you into a superhero team called Time Patrol. Your job? Travel into different time zones and dispose of villains before they create a catastrophic future. The game lets you be part of many ‘What if?’ scenarios. You have to make sure each of these scenarios results in an outcome which serves the greater good and doesn’t disrupt the space-time continuum. Again, if you’re not familiar with the story, you’ll probably be very confused with the events on screen and the several eccentric characters you interact with. Xenoverse plunges you into several situations which will only resonate with fans of the source material. It does introduce some new characters and situations later in the game, but they’re mostly hit-and-miss. It’s an interesting take on the universe because you get to play as someone who wasn’t part of the original material.

Combat has always been the meat of the Dragon Ball series. And yet, Xenoverse doesn’t quite deliver a satisfying combat experience. The action mirrors the show admirably with earth-shattering special moves and over-the-shoulder fight sequences. But once the novelty of these visuals wears off, the combat fails to hold your attention. Most battles can be won by mashing your light and heavy attack buttons until your special move charges up. Once you’ve hit someone with your special, you rinse and repeat until their health bar is depleted. Mountains shatter, bodies fly through the air and the fists and knees you land sound appropriately devastating. The overall effect, unfortunately, is uninspiring.

The most complicated moves can be performed by using three buttons, so there’s not too much of a learning curve here. This is in stark contrast to games like Devil May Cry, where the combat system reveals deeper intricacies the more skilled you get at the basics. You will find yourself in the middle of three-on-three battles where your allies are, for the most part, ineffective. When you’re flailing at opponents wildly without any noticeable effect, it’s hard to resist the urge to nitpick. Once in a while, you will be able to unleash a devastating combo which makes you feel like a true part of the Dragon Ball saga. Unfortunately, these moments are too rare. The character progression fares much better than the combat. Leveling up lets you add points to various stats for your character and grants you access to more powerful abilities and clothing. There are plenty of options to choose from as you get deeper into the game. You’ll have to spend a bit of time grinding though, when you realize that your character went from level 23 to level 25, but Cell still managed to stomp you. Tinkering with different ability combinations and armor sets to beat a powerful enemy is a lot of fun.

If you’re tired of playing the main story, you can head online and play through some Parallel Quests. As the name suggests, these quests let you play different characters in alternative scenarios. There are enough of these missions to keep you interested while you are leveling up or taking a break from the main story. You can also participate in online or local multiplayer matches, but none of these modes offer a very deep combat experience. In addition, there are frequent disconnection issues.

Dragon Ball Xenoverse is an interesting departure from the traditional formula. There is enough new material and different takes on existing material here to keep fans of the series interested. Unfortunately, the innovations it manages to achieve in the story department are let down by listless combat. Recommended only for fans of the series.