Grid 2 was a game full of curious design choices. Right from the jock-themed gameplay to the massively stereotypical story mode and the painfully bland storyline, it felt like something out of another franchise altogether. In Grid Autosport, developers Codemasters have gone back to the drawing board and revamped the 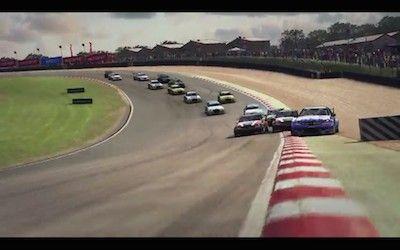 structure to create a choose-your-own-adventure style racing game. What kind of driver would you be, if you could get behind the wheels of one of the speed demons that you play in racing games? Autosport asks this question and keeps the gameplay centered around what a racing game should be focused upon – the racing.

Right off the bat, you have a variety of choices in the way you want to approach the career mode. There are various types of events you can participate in immediately, so you aren’t shoehorned into a single play style by the game. There are endurance races in the night, old-fashioned street races, time trials, drift races and touring cars that you can race in various venues. Depending upon what you feel like doing at any particular time, you might choose one or the other.

All of these different events have their own progression tree, and in and of themselves have a completely different set of mechanics. In the touring car mode, you’ll be racing up close and personal with your opponents, gaining an inch here and an inch there as you try to gain whatever advantage you can in the minimal space you have to work with. The endurance races require you to take good care of your tires since they are longer tracks and you need to keep yourself from burning out. If you want to race a car with some massive horsepower, you can head for the Open-wheel mode which features lots of cars that you might find in Formula Three or its ilk. In the Tuner mode, you can rev around the track in some good ol’ American muscle. Street races, on the other hand, are simulations of underground racing in lots of famous cities around the world.

The aforementioned element of choice is realized through the concept of racing seasons. When you begin a season in the campaign, the game asks you what kind of discipline you want to focus on during the given time period. When a season ends, you can either choose to continue with the same discipline or move to a new one, depending on how your experience was with that particular discipline. You can choose to narrow your focus to mastering one particular style of racing, but this will restrict your ability to compete in some of the game’s other events.

Each of the disciplines has its own experience tree and unlock system. While this is all well and good, you need to reach a certain level of experience in every single discipline if you want to compete in the Grid Championship Series of races. This makes the realization of the choice element a bit incomplete, since you’ll have to dabble in each discipline eventually. You can’t just beat the entire game by playing as a touring car driver, for 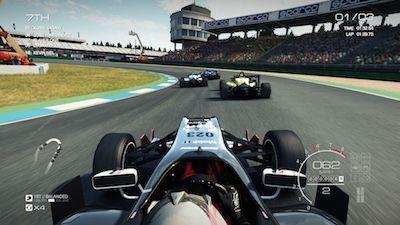 instance. The Grid Championship Series will put you in races that cover the entire spectrum of racing types available in the game. Therefore, you will likely have to slog through at least a couple of race types that you don’t enjoy just because you need the experience points.

You can level up quicker by ramping up the difficulty setting in the game. The difficulty setting has various different options, such as removing in-game assists, increasing the opponent level or restricting yourself to a certain camera type. However, even if you ramp up the difficulty, Autosport isn’t a punishingly hard game. Most of the disciplines are easy to pick up, and if you have some experience playing racing games, you’ll get into the grove quickly. This makes Grid Autosport a fairly accessible game, and it’s better because of it.

The opponent AI is well executed and feels genuine. There are no impossible catch-ups like a lot of racing games tend to employ. The AI drivers all have their own personalities and race differently. Some are more conservative and prefer to employ a percentage-based racing style, while others are mavericks and take a lot of risks on the track. As a result, races in Autosport feel tense and dramatic, much like the real thing would be. This kind of AI system does backfire on the game on occasion, such as some AI drivers causing guaranteed crashes in situations where the cars are sandwiched close to each other.

Grid Autosport is a fresh new direction for the series, and the large amount of content available to explore ensures replayability. Split-screen multiplayer, which most modern racing games curiously shy away from, is back here and you can race down the tracks with a friend. The online multiplayer mode also has a lot of content, and the leaderboards will keep you going for a while. Once you’ve played the game enough, you will begin to notice some shortcomings, but these are mostly minor annoyances and aren’t game breaking. If you’re looking for some casual, pick-up-and-play racing action, give Grid Autosport a run around the track.

Grid Autosport XBOX 360 Review
The latest racing game from codemasters has arrived in Grid Autosport. Find out in this xbox 360 review if the sequel to Grid 2 is worth a drive by The Old School Game Vault.
Written by: Brandon Perton
Grid Autosport
7.5 / 10 stars
Facebook Twitter LinkedIn Pinterest Reddit
Tags:
Xbox 360 Review
Bioshock Infinite vs The Last of Us: A Look Back P...
Can Gameplay Have Spoilers Like Stories Can?

Should I enjoy Liberation on the Big Screen or Stick with the Vita?