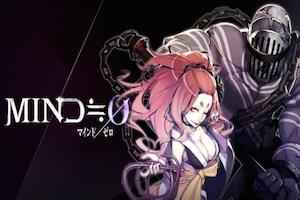 Let’s face it – making original art is difficult. And in today’s day and age, there are loads and loads of people and companies that make their living off derivative, ripped-off content.

Much like companies that jump on the success of popular blockbuster films and make poor, blatantly copied sequels, there are developers who make games that are obviously inspired, or even directly clones of 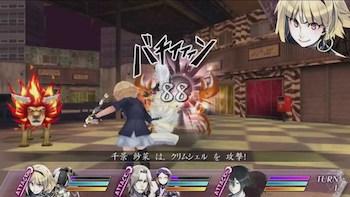 other popular games. Mind Zero is one of these games. The number of elements in the game that are obviously derived from the Persona series of games is staggering. And like most art that derives from a superior source, Mind Zero fails to rise above mediocrity.

The inspiration is obvious right off the bat – the plot is set in modern day Japan, where a mysterious force called MIND is causing people to freak out and indulge in murderous activities. A bunch of kids chances upon a portal to a mysterious dimension where they’re told that the MINDs are actually aliens who are preying upon people susceptible to negativity. Then these kids are armed with weapons and charged with saving the world before the MINDs take over the entire human population. Sound familiar? It probably does, because this is almost the exact plot that the Persona series of games has. And with the source material, Mind Zero could have turned the story into something interesting, but the writers were too lazy to elevate it into anything interesting.

Most games that feature ensemble casts that you stay with for extended periods of time during the story rely on strong character interactions. And these strong character interactions derive from well-defined personalities and organic storytelling. Unfortunately, Mind Zero’s characters are all either incredibly annoying or basic plot devices. The developers have mined the manual of Japanese angst-ridden anime heroes to create a generic, aloof protagonist called Kei. His dialogues and musings will remind you of every anime hero that has ever existed. Other characters are similarly flimsily developed. You have the stereotype rich kid who brags, the clumsy but endearing girl, the silent fighter and others like them. Ogata, the detective who’s the only adult on your team, is one of the more interesting characters in the game. Much of the better character treatment is reserved for the villains that emerge later in the story. And because all of these characters are simply annoying or rehashed, the game’s occasional attempts to create a Persona-like interaction sequence fall flat.

The game fares slightly better in the combat and exploration sections, although that’s not much of a compliment. Dungeons are suitably large, but they’re filled with the same bland textures and repetitive corridors. The actual combat sequences are slightly more interesting – you can take up to three of your party members into a fight, and each of them has three separate meters: life, technical and mind. The mind meter displays the status of a character’s MIND and depletes when the MIND is deployed on the battlefield. The technical gauge is used to employ the skills that the MINDs have, and it slowly regenerates over the course of a fight. The usage of the MINDs themselves is the major element of combat in Mind Zero. Your characters can use different skills in battle, in addition to certain special skills that can only be activated when their MINDs are summoned. The MINDs also tank some of the incoming damage, and if your character’s mind gauge runs out, they get stunned and are vulnerable for a few turns.

While a fairly deep combat system is a good thing for an RPG to have, the way Mind Zero uses it is underwhelming. When you’re up against a boss or a mini-boss, you will appreciate the complexity of attacks you have at your disposal. However, when you’re just traversing through a dungeon, the combat systems begins to wear you down. There are no easy battles in Mind Zero. Each and every one of the enemies you face, even in the lower level dungeons, have ridiculous amounts of life points and special abilities. When you have to execute a series of complicated combat tactics to get through every single enemy encounter in the game, you will quickly be ready to fling your controller at the screen. The needlessly difficult combat makes exploration a pain.

Other than the combat system, Mind Zero also features some nice artwork for the characters and the MINDs. While the conversations have a good flow to them, the complete blandness of the characters indulging in them makes them an exercise in futility. The story, as mentioned before, derives heavily from Persona and then to top it off, fails to take it into any interesting direction. And to deliver the icing on the cake, the ending is one of the worst ones you will come across in JRPGs. The whole set of questions that the game raises is completely abandoned by the ending of the game, which instead chooses to create a new set of questions that may or may not be answered in a sequel. If you’ve braved the laborious journey it took to get to the ending, you will be furious.

If you’re looking for an RPG to play on the Vita, you’ve got better options than Mind Zero even if you’ve finished Persona (reviewed here) and Demon Gaze (reviewed here). The heavily derivative story, annoying characters and atrocious ending make Mind Zero a waste of time.