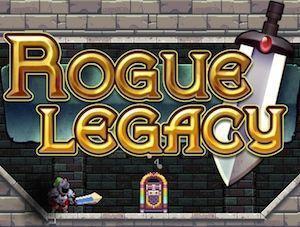 Porting a good game to another platform is always a tricky proposition. There’s the challenge of making it compatible to the new hardware, control scheme and specifications without losing out on the essence of the game. A lot of good games have been lost in translation, but luckily, Rogue Legacy isn’t one of those games. The PS4 port retains the enthralling exploration sections and the challenging yet fun combat that made the PC version popular. If you’ve never 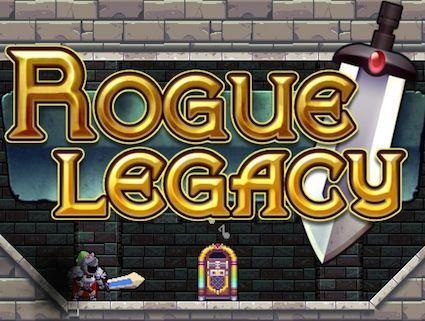 played Rogue Legacy before, you might be reminded of Castlevania in some of the sections.  So while the next-gen version of Rogue Legacy is essentially the same game, that’s not necessarily a bad thing.

Rogue Legacy challenges players to work their way through a randomly-generated castle, much like some of the Castlevania games. In fact, the inspiration it derives from this haloed series is apparent in not just the way the levels are structured, but all the way down to how you move and explore dungeons and even the actual combat itself. You have a primary weapon, a sword, and a bunch of secondary weapons and projectiles that you have to use as you try to bring down skeletons, undead ghouls, armored foes and other unpleasant enemies. You also have the ability to perform a double jump or dash to certain areas that you wouldn’t be able to reach otherwise. These areas usually have hidden chests or treasure.

There is one major difference though. Like the name alludes to, Rogue Legacy is a ‘roguelike’ game. Which means, once you die, that’s it. You’re done. Game over. You have to start all the way at the beginning and do the whole thing again. Any cool items you’ve gathered along the way and powerful weapons, well, those are gone too. Your gold stays with you though, so there is that, at least. Although technically, it doesn’t stay with ‘you’, since the game treats each new character as a child of the one that just died. So your son gets your gold, much like in real life.

You can use this gold to buy new stuff or even buff up your character’s stats. So even though you’re starting off from the beginning, you have a slightly stronger character each time around, provided you managed to get enough gold. So if you’re a newbie who is dying a lot during the early sections of the 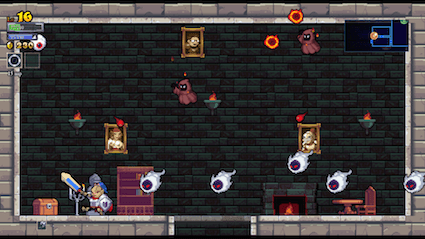 game, eventually grinding can turn the tide for you. If you play enough times, you will have a strong enough character that can maybe hide some of your shortcomings as a player, at least in the early sections of the game.

This mechanic of you getting closer to the end just that little bit each time, even though you might have to start from the beginning a bunch of times, is where Rogue Legacy is so addictive. While you know there are some characters that won’t get to the end, you still persist because every run is preparing you for the next. The boss that killed you the last time? Now you’ve got a slightly better chance of beating him.

Each time you start the game anew, you are presented with a choice between three different classes for your character’s descendants. You can choose the barbarian class, which has more health, or you can go for the assassin, which deals more damage but has lower hitpoints. These traits are random and depending on your style of play, could make no difference at all, or a significant difference. When you get down to the traits which hamper your character in some way, such as colorblindness or hypochondria, they make the gameplay even more challenging. There’s even a trait that makes your character fart at random times. Well, they did say ‘random’ traits.

No matter which version of the PlayStation you play it on, you are going to get essentially the same gameplay experience. On the Vita, there’s one additional feature with a character trait that randomly causes your controller to vibrate. As you’d imagine, that’s not really something to choose one version over the other for. There have been a few content additions to the PC version, such as the addition of extra dungeons, some additional traits, and even some alternate versions of bosses that are way tougher than their normal counterparts. You will have to search for them though. The game also supports the cross save feature, so you can put down your PS4 controller and pick up from where you left off on your Vita, if you feel the need to kill a few more monsters before you turn in.

When you compare Rogue Legacy to other roguelikes, it might come up short in a few areas. For example, it’s not as deep as a Spelunky, and it doesn’t have the complex narrative of The Binding of Isaac. However, it does have the one thing that games of this genre excel in – giving players the need to revisit the game again and again to find more rewards, create stronger characters and fight tougher monsters. The game unlocks an additional difficulty level once you’ve finished the campaign once. If you’re a fan of roleplaying games, Rogue Legacy is a keeper.