If you played Smash Bros. on the Wii U, your first thoughts after you look at this edition might be – “Well, this looks like a replica of the 3DS game.” After all, it has the exact same roster and the same plot.

And then, once you start playing it, you’ll realize why the Wii U version is the absolute best Smash Bros experience out there right now. It’s better in every conceivable way. Smash Bros. on the Wii U boasts smoother controls, a more fluid experience, more gameplay options, additional audio tracks and levels, customization options and more.

So, if you’ve never played Smash Bros. before, the franchise is essentially about settling all of the arguments about which Nintendo characters would win if they fought each other. And there’s a massive roster for you to choose from 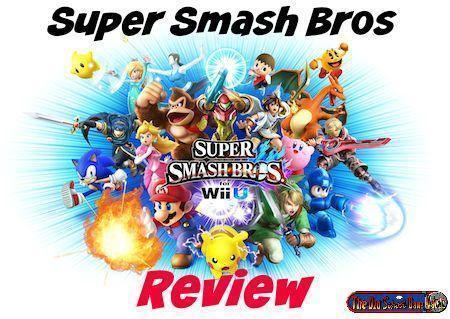 – 49, to be exact. You don’t have the traditional hitpoints mechanic that you might find in other fighting games here. In a Smash Bros. match, the ultimate goal is to knock your opponents off the stage. This is where the damage calculation differences come in. the more hits you take, the more susceptible you are to knockbacks. If you’ve taken a lot of damage, any hit can send you flying across the screen and subsequently, off the stage.

This mechanic lends an interesting twist to the combat. You can’t just brute force your opponents off the stage because each character has a couple of jump moves which they can use to regain their footing. You’ll be better off tricking your opponents into jumping off the stage themselves. You can get hit all you want, but as long as you’re still on solid ground, you can come back and clinch the victory. This fighting system lends itself to some complex and hilarious battles. Even when you’re locked in an intense battle, it’s hard not to smile when you look at your favorite Nintendo characters jumping around the colorful stages.

The one difference you’ll immediately notice between the Wii U and the 3DS versions is how easy it is to control characters here. The 3DS limited players’ ability to maneuver some high-skillcap characters. But with the enhanced controller system on the Wii U, you can start pulling off those fancy moves again. Whether you choose to play as Samus, Mario, Mega Man or any of the other characters from the large roster, you will be at home on the Wii U.

One of the most fun parts of the Smash Bros. experience is to play with characters you aren’t comfortable with. It takes some time to get used to the feel and the rhythm of playing as someone new, but every character has their unique strengths and weaknesses. As is the case with the best fighting games, you have to choose the right characters for the right opponents. Once you’ve understood the strengths of your character perfectly, all you have to do is manipulate your opponents into a play style that gives your character the advantage. Additionally, if you get in a lot of practice with one of the lesser known characters, you will have an edge in matches where your opponents aren’t used to playing against your character.

As we mentioned before, the controls are slick and precise no matter what you’re doing in the game. You can’t ledge guard anymore, so you’ll spend significantly more time fighting in the air in this version. Knockback distances have been increased too, but since you can always get back on ground, this isn’t that much of a problem. In addition, it’s now more difficult to execute your character’s ultimate moves. This means that if you want to compete at a high level, you’ll have to put in some work. This change also benefits newcomers because it’s harder to pull off cheap moves. The balanced gameplay ensures that there’s fun to be had at whatever skill level you are currently on.

To hone your combat skills, Super Smash Bros. gives you dozens of training missions, challenges and minigames. Each challenge and mission is designed to improve a specific aspect of your gameplay. Some of the events will have you playing as characters you aren’t familiar with, thereby improving your understanding of overall gameplay mechanics. One of the challenges called The Homerun Contest is designed to give you an understanding of how 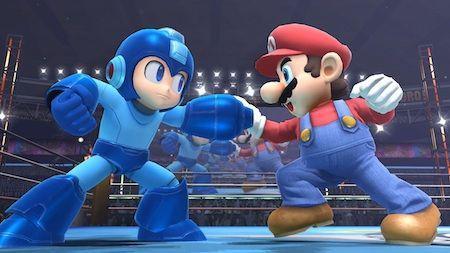 knockback works as you take and dish out damage. In this challenge, you are tasked with inflicting the maximum possible damage over a period of 10 seconds, following which you have to knock the object as far away as you can. In the event matches, you’ll have to face unfamiliar and difficult challenges that build your ability to improvise on the fly. These matches also familiarize you with most of the characters in the roster. Even if you don’t play as some of them, you’ll at least know what the characters can do when you come up against them in a match. Amiibo owners can customize their Amiibos and fight against them.

While the single-player experience offers plenty of depth and entertainment, multiplayer is where the real fun is at. You can have up to eight players fighting in a match at once. When you consider the limited size of some of the maps and the crazy knockback mechanics, you can imagine the hilarity that ensues from these matches. If you’re feeling less adventurous, you can always go back to the four-player variants. Some of the stages change over the course of a match, and it’s a lot of fun to watch as you and your opponents try to adjust to the changing surroundings while trying to pummel each other.

The online mode is, sadly, not up to the stellar standard of the rest of the game. No matter where you’re playing from, you will experience random lags, frame drops and other hijinks. It’s frustrating to join a match with your friends only to see that the lag makes it impossible to have a proper game.

Online glitch aside, Super Smash Bros. for the Wii U is an absolutely incredible game. It has tons of gameplay modes and challenges that will keep you busy for hours. The controls are tight, the graphics are fantastic and the customization options are impressively detailed. Whether you are a returning Smash Bros. veteran or a newcomer to this franchise, Super Smash Bros. for Wii U is an absolute must buy. I’d certainly give the game review score a 9.0 if the online mode was a little more polished.