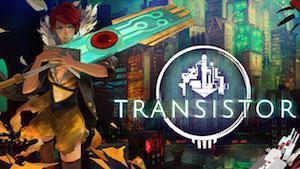 Your eyes open, and what you see isn’t pleasant. You’re at the scene of a grisly murder. There’s a body lying on the ground. Next to it, is what looks like the murder weapon. There’s a dress nearby, all torn to pieces. So begins Transistor, and right from the start, you understand that this isn’t going to be a typical tale. 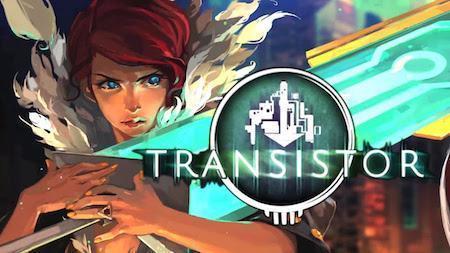 You play as Red, a nightclub singer, who’s in what looks like the worst day of her life. You’re not told what happened or how she got here, and this makes the suspense all the more interesting. Transistor has a lot of confidence in its storytelling, and it prefers not to hold your hand too much as you try to figure out just what is happening, and the game is better for it. Too many games in recent times seem to have little faith in their audience, and prefer to dumb down and make plot twists obvious. This is not the case with Transistor, as you will discover while you make your way through a fantastic science fiction story that is grounded in very real and relatable issues. To put the icing on the cake, the stellar narrative is backed by a complex and rewarding combat system that blends a variety of styles to create something truly distinct and enjoyable.

Transistor is set in the world of Cloudbank, and from the outset, you realize that something has gone horribly wrong here. There is a mysterious force that seems to be ravaging the entire country and you see the ruins of the destruction it has wreaked all around you. By a twist of fate, you come across a transistor, a weird looking thing that is lying on a corpse, and it becomes your primary weapon through the story. Red uses the transistor in a lot of different ways during the story, and they are all interesting. She drags around the oversized transistor almost like a cleaver, like something that’s too heavy for her to lift and swing around on her own. While you can take your enemies on face to face, you will quickly get overwhelmed. Instead, you have to use an ability called turn, which turns the gameplay into a turn-based strategy field of sorts, and you have to map out the moves you want to make so you can overcome your enemies.

As you progress further through the game, you gain additional abilities, each of which are called functions. Every single one of these ‘functions’ are the remnants of a fallen soul in the world of the game. You gain different abilities, both offensive and defensive. One of your abilities can convert an enemy into an ally for a short duration, and yet another one summons a pet to your side. All of these abilities can either be used actively, passively or as stepping stones to upgrade another one of your functions. The permutations and combinations that can be created by combining all of these different abilities together in different capacities makes combat in Transistor truly interesting. There’s a lot of strategy involved, and you can adapt your play style largely depending upon what abilities you choose as actives and which ones you choose to use in passive slots.

It’s a boon then, that Transistor allows you to approach combat so flexibly, because defeating enemies is not easy. You need to approach each combat situation differently, because the enemies as well as the environment stand in your way. In some places, you will be pushed into a corner and have to fight your way out, while other places will offer you limited vision or place an obstacle in your path that you have to account for. This makes battles challenging and satisfying. Much like Bastion, the previous offering from developers Supergiant Games, Transistor also allows you to turn on optional modifiers. These modifiers ramp up the difficulty of the game in certain ways, but also reward you with more experience.

Much like Bastion, Transistor creates a believable universe and a truly compelling story. The underlying mystery that is the doom that befell Cloudbank and its residents is worth exploring. You, as Red, are unable to speak on your own, but through your fierce spirit, and your connection with the transistor you wield, the game finds a way to tell its story. The transistor gives context to the action on screen by narrating the story of a man, and it responds to the actions on screen. In addition, each of the abilities you gain have their own story to tell. They speak about the people they came from, and how they are meant to be used. The voice acting is uniformly excellent and makes every single tidbit of information a treat to listen to. As you get a broader picture of what truly happened in Cloudbank, you will come across plenty of thought-provoking moments. The story blends technology with an underlying sense of spirituality and existentialism to create a compelling mix.

Transistor is a truly unique and fascinating game. The visuals are delightful and the art style makes everything on screen look magnificent. The music complements the action on screen admirably, and you might even find yourself some of the tunes that appear in the game long after you’ve finished playing. While at its core, it is an RPG with elements of turn-based combat, the soul of the story is what makes Transistor an unforgettable experience.