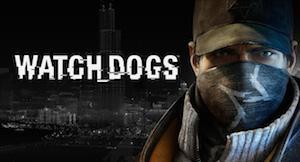 If you actually lived in the world of Watch Dogs, you’d run into a lot of criminals, all the time. You would turning a corner on the street, just minding your own business, and out of nowhere you’d run into a petty thief or a chronic masturbator. The Chicago in Watch Dogs is not a pleasant place. It’s a place that has been overtaken by the excesses of technology and is infested with the lowest element of humans.

You play Aiden Pearce, a hacker who has the ability to manipulate ctOS – the operating system that governs everything that happens in the city. Using your hacking abilities, you can steal money from people’s accounts, see 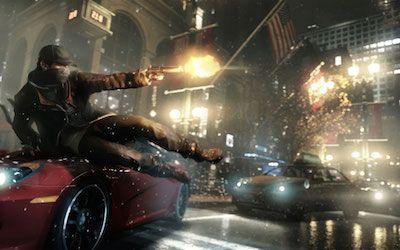 where they’ve been and where they’re going, and see what people do when they’re alone.

In such a situation, you’d think that majority of the fun in Watch Dogs would come from voyeurism and blackmail. But this isn’t the case. Sure, spying on someone who thinks nobody’s watching can be a vicarious bit of twisted fun, but you also have the opportunity to induce anarchy and wreak havoc on the streets. You approach each enemy encounter like you would a game of chess. You survey the area and figure out what kind of enemies and approach routes await you. Then, you can choose your mode of attack. You might choose to brute force the encounter, thinning their ranks with a few well-placed grenades and then taking out the stragglers with a burst of your assault rifle. Alternatively, you can approach the situation like Agent 47 would, silencing isolated enemies with headshots, and then eliminating the rest by sneaking up on them. Both ways are a lot of fun, and you will switch back and forth between them during the game depending upon your preference at any given moment.

You can use your hacking abilities to overload or cause malfunctions in objects that populate your surroundings to create the element of surprise. You can cause pipes to burst, cause electric boards to short circuit and even detonate some enemy weapons remotely. Here, Watch Dogs creates an interesting element of choice. Since you can get information about your enemies before you dispose of them, you are sometimes faced with a moral quandary when you are looking at a particular objective. For example, you might want to get into a building unnoticed, but it is guarded by a person who is otherwise harmless and has a family to get home to. But in this particular situation, you have to take him out or you won’t be able to get into the building. Do you take him out, or do you abandon your quest? Choices, choices.

In some places, Watch Dogs attempts to comment on some issues that plague society as a whole today. For example, you might come across situations or dialogues which make you wonder whether the advancements in technology are worth the increasing lack of privacy they cause. But

right in the middle of such musings, you might come across some poor soul who has chronic erectile dysfunction or run into a sign that has old cat memes. This sudden change of thematic material lowers the impact of anything serious Watch Dogs might be trying to say. What drives Aiden to wreak such havoc and invade people’s privacy so frequently? Other than a vague revenge plot that ironically seems to be endangering his family even further, Aiden’s motives are never made too clear. Maybe he’s become addicted to the whole experience of technology and information, just like us in the world of today. Later in the game, when you are able to bring a team together and get at the central mystery, the story becomes slightly clearer.

Aiden even says out loud some things you might be thinking yourself, such as the value of certain human lives over others. What gives you the right to sacrifice other lives in the quest for achieving your own objectives? Would you be alright if someone else perhaps made a similar choice about your family, or even about yourself? Unfortunately, these profound moments appear far too rarely in the narrative to have any lasting impact.

But while Watch Dogs might not be the most spiritually and intellectually thought-provoking game, it does what it does really well. Think of it like a GTA, only with far more advanced technology and the ability to hack into things. Much like GTA, there are tons of things to do in the open world environment. You can play chess, shoot aliens, chase obscure QR codes and graffiti from one corner of the city to another, and spy in on conversations between random citizens. You can ‘borrow’ vehicles from the street if you want to get to a particular location quickly. There are a lot of good vehicles to drive around in, and once in a while, just getting involved in a police chase for the sheer thrill of it is a lot of fun. You can even go online and race your car against actual human opponents if you feel like doing that. The game drops in online prompts during the single-player experience. While this might tie in to the whole ‘everything’s connected’ motif of the game, sometimes these prompts get annoying. There are loads of online modes to enjoy if you do feel like stepping into the multiplayer world.

Watch Dogs juggles a lot of plates, and it does a fine balancing act. There are hours and hours of gameplay hidden away in random quests, exploration and simply goofing off in the sandbox of the city. Even though you’re not quite sure what kind of character the protagonist is, the enigma itself keeps you playing through his story. This version of Chicago is a dangerous place, filled to the brim with criminals and perverts of all kinds. And more importantly, nothing and nobody has any privacy. All of your information can be accessed if you just know where to look. And that, in and of itself, might be the greatest warning bell that Watch Dogs sounds for the present.