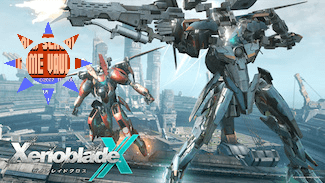 2015 was the year of the open-world game. Witcher 3, Metal Gear Solid V, No Man’s Sky and Just Cause 3 featured sprawling locations and an almost endless amount of interesting things to do. The fact that Xenoblade Chronicles X holds its own when compared to these titans of the genre speaks volumes about its quality. Even after you’ve invested dozens of hours into the campaign, you’ll regularly come up against foes you haven’t seen before or pass through some previously unexplored terrain.

Unfortunately, the story doesn’t quite live up to the massive scale of the gameplay. The plot is generic RPG fare with repetitive humor and unending cutscenes that do little to advance the plot or engage you emotionally. Xenoblade stays true to its JRPG roots, featuring cute characters and over-the-top situations, which make the story’s emotional punches tough to take seriously. Tatsu, who is the aforementioned cute sidekick, is constantly in your face doing supposedly cute things. To make matters worse, the uninspired soundtrack makes it tough to listen to for long periods of time.

With so many things going against it, most other games would’ve failed to capture an audience. But Xenoblade Chronicles X succeeds in spite of its shortcomings. It continuously ramps up the challenge, so you’re never coasting through the game. It will put you up against massive giants in spectacular fights that will keep you interested. What makes the game’s technical achievements even more astounding is that it is made for the relatively modest hardware of the Wii U. An open-world of this size would be impressive on the latest PCs and consoles.

The story begins with the protagonist wakes up on Planet Mira. As you step out of your life pod, you learn that you are one of the survivors of a massive alien invasion. You, and the few humans who remain, must achieve the difficult task of protecting and rebuilding your species. As a member of Blade – the military operation tasked with exploring this alien planet and protecting humanity from doom, you have to find the Lifehold, which is critical to ensuring your safety. There’s not really much to dissect here. The story hits a lot of familiar beats and, barring a couple of twists, is pretty predictable.

That being said, the story is only meant to serve as an excuse to send you forth into the massive universe of the game. You’ll fight massive monsters and journey amongst the inhabitants of Mira, a planet whose inhabitants have developed technology far superior to your own. You’ll have to run away when you first meet a dinosaur or another gigantic creature in the wild. But, over the course of time, you’ll gather enough strength and weaponry to be able to hold your own in a fight.

In the wild, animals are unpredictable. Some are content to let you go about your day, while others will make it their mission in life to send you to the afterlife. You won’t be alone on your travels. You have three AI companions, each of whom have different abilities and special weapons. Each of the members of your party is capable of melee and ranged attacks, along with special abilities that are exclusive to their character class. You’ll earn new abilities each time you level up, and over time you can develop a skill tree which complements your fighting style.

The story sometimes gets in its own way, by sending you on unimportant quests that slow down the pace of the game. Every gamer’s least favorite thing – fetch quests, are even more aggravating here. Unlike other games, Xenoblade Chronicles X will spawn the items you need at random corners of the map, making it incredibly infuriating to dart from one corner of the map to the next. Occasionally, you’ll also have to take on a bit of old-fashioned grinding to gain experience and gear. Luckily, you can hire other high level characters to accompany you while you venture out into more dangerous areas of the map.

All of the aforementioned exploration and combat lead to what is inarguably the best part of this game – Skells. Skells are massive robots which can transform into vehicles, allowing you to traverse terrain much faster. In combat, Skells pack a huge punch, making it possible for you to take on much larger enemies. That massive creature which had a foot larger than your entire body? Yeah, now you can revisit it again and show it who’s boss. You can literally crush smaller enemies underfoot, lending your travels across the open-world a much-needed boost of gleeful road rage. You can buy and upgrade several different types of Skells, and get some for your party members too. Once you’re in this badass robot, the game gives you another treasure trove of challenging things to do.

The planet Mira and the life forms that walk it are a testament to the work that went into making this game. After 70+ hours of playing the game, you’ll still feel like you’ve barely made a dent into all of the things that Xenoblade Chronicles X allows you to do. The story will drag the proceedings down occasionally, but once you venture into the wild, all is forgiven. If you’re a fan of RPGs and open-world gaming, Xenoblade Chronicles X is absolutely your thing.