Getting the Most Cash for Your Used Video Games

Tips for Selling Video Games Online
Brandon Perton
0 Comments
Retro gaming is important for a lot of people for a variety of different reasons. Retro gaming from systems like the Nintendo Entertainment System, the Sony PlayStation and more features a large number of some of the best titles ever released in the medium.
You can't play classics like "Super Mario Bros," "Duck Hunt" or even classic sports titles on the latest and greatest consoles that video game companies have to offer. Likewise, people may wish to occasionally relieve what was such a significant portion of their youth. There may come a time, however, where you need to sell your video games to fund a new portion of your life. When doing so, there are a few key things that you always need to keep in mind so you don't end up getting the proverbial shaft. 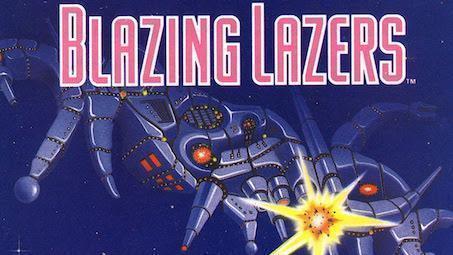 One of the most important things to think about when it comes to getting the most money for your selling used games involves getting your expectations in line up front. Thanks to the explosion in popularity that video games experienced during the late 1980s and early 1990s, people assume that all retro titles are worth something. It's a bit like selling a comic book - the vast majority of all comic books aren't worth any significant money, but a few key titles will grow in value if given enough time. Use sites like eBay to check the prices that your retro games are selling for before you head out to the store or start a private auction of your own. Doing so will not only give you an idea of what you can expect to earn from your sale, but it will also make sure you know when an offer from a prospective buyer is legitimate and when someone is trying to take advantage of you.

Another important factor to consider when it comes to deciding where to sell video games online has to do with the timing of your prospective sale. If you walk in off the street and into a store like GameStop at any time throughout the year, you might not necessarily walk away with a lot of money. If you pay attention to when these types of businesses are running special promotions with the amount of money they'll pay per game, you might find yourself having better luck. When the Sony PlayStation 4 and the Microsoft Xbox One debuted in the fall of 2013, for example, many used video game stores offered promotions for a larger amount of money on used video games than they traditionally would. The catch was that the money you received had to go towards the purchase of a new gaming console. If you were already thinking about buying one of the new consoles anyway, you can save yourself a great deal of money by timing when you should sell your used games.

If you have to trade in games at a store like GameStop, always take store credit over cash. Because store credit can only be used within GameStop or another location in your area, the store is likely to offer you a higher amount of money than they would if you wanted cash for your older titles. If you're in need of quick cash, however, there might not be an alternative. If you have the patience, always favor selling your retro games to private collectors over a store like GameStop. Private collectors share a passion for the medium and aren't looking to make money - they're looking to build and cultivate a collection filled with some of the best video games that have ever been released. GameStop is (understandably) trying to run a profitable business, so they might not give you $100 for a retro game even if you're sure that is what your item is worth.