Tips to Maximize Cash, When you Sell Used Video Games 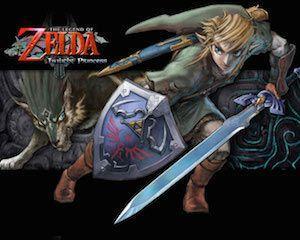 When a new video game costs you $50, $60 and even more, it makes sense to recover some of those costs when you start selling some of your older video games online for cash. While you won't get anywhere near the same value as a new, packaged video game, you can maximize a used game's value to get the most for its trade-in value.

What Platform Does the Old Video Game Use?

It doesn't happen often, but the value of your video game will go down after the release of a new console. If you have used games that use a current console that will soon go out of style, you want to sell games a few months before the new console goes on sale. The reason for this strategy is people do not buy new games until the new console is released. However, gamers want to keep a stream of new games coming. Gamers can save money by buying pre-owned games while waiting for the new console to come out.

Some experts suggest you should sell video games around October or November before the next console comes out. Consoles typically come out in December or November to take advantage of the holiday sales. You want to time your pre-owned video games sales one or two months prior to the new video game console sale's date.

Each year, there are several big sales times. One of the biggest days to sell used video games online are during Black Friday. Black Friday is the Friday directly after Thanksgiving. This Friday is when mobs of people are looking for deals including gamers weather it be online or in the store.

If you plan to resell your video games, make sure you take care of them. Don't keep them in damp places, wipe off any dust, and don't keep them in places where they can get damaged by anyone including pets.

You also want to keep your games away from places that suffer from the elements. You don't want to place games in direct sunlight or a place where it's too hot or cold. Some gamers box old games and put them in a place that is too dusty, hot, cold or damp. The result is your old games are ruined. You can keep your games boxed and stored in a safe location, but make this location some place such as a closet or a storage room inside of the house where temperature is controlled.

The amount your video games trade in for is dependent on the platform you choose. You need to determine the best sales platform for your video game. The only way to identify the best platform is research. Research a few online sites and find out prices for your video game. Your research should include finding out how many people are selling the same game, the average price for the game, and shipping costs.

For instance, most people go online to eBay to sell new and used video games. While e-Bay is a great online place for selling old equipment, it might not be the best choice for selling certain games. Do a search on your game and find out the average price for each game. If it's too low, you might want to find another platform to sell your game. Not all online video game trade in sites are the same; many of these sites will prey on the fact you don’t know what you are selling. It is important to compare prices for a couple of the games you wish to sell.

Save Your Old Video Games and Let Them Age

If your game isn't worth much, save your game and wait until the game becomes a collector's item. Not all games turn into collector's items, but games such as The legend of Zelda, Super Mario and Final Fantasy series all have a strong following. Gamers will buy these games just for nostalgia purposes. You can save these games and sell them in several years for a premium. Make sure to wait for the right time, and you can sell used video games online for cash to help pay for your new purchases.