Consider Yourself a Hero: A Retro NES Review of Contra

Contra is a huge nostalgia game for me. I have many fond memories of sitting in a dark basement with a friend blasting away at this and Super C for hours. This is the first run-and-gun game I remember playing, and it was mind-blowingly fun, especially in co-op.

In the pantheon of game franchises, there are very few single entries that can lay claim to bringing sweeping, long-lasting changes to the franchise. In a storied franchise such as Mario, this feat is even more impressive.

Super C is a throwback to the glory days – when men were men, and video games were punishingly, brutally difficult. Super C, the North American NES version of Super Contra, was released in 1990. It features the same muscle-toting, cigar smoking badass heroes that everyone loves.

There are portions of Castlevania that will defeat you. Portions that will make you look back mournfully over your life and the decisions that led you up to this point – your 17th straight death courtesy the Medusa heads. 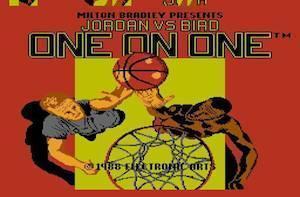 Taking arguably the two biggest NBA stars at the time, and putting them together in a basketball game, only makes sense.  You have Larry Bird from the Boston Celtics, whom is the best out-side shooting forward in the game.

I’ve certainly realized why Teenage Mutant Ninja Turtles 3 was voted the best game on the Nintendo NES in 1992. This release of the turtles game was similar to Turtles II: The Arcade Game. It featured side-scrolling action.

Ikari Warriors was certainly a game, that when it came out, it was labeled truly impressive. The two-player mode allowed for hours of fun for you and a friend. I know as; my friends and I spent hours playing this game in the early 90s.

“Gun Nac”, which seems like a hybrid of Blazing Lazers for the turbografx 16. If you’re into old school top scrolling shooter’s this game is for you. Gun Nac is packed full of enemy sizzling weapons; to blast away anything that steps in your way.

Double Dragon is one of the first side scrolling beat'em up games, very popular in the arcade platform.  Really, this is the first released game in the ever-popular series of double dragon games.

Snow Brothers - A Silly Concept, with a High asking price.... 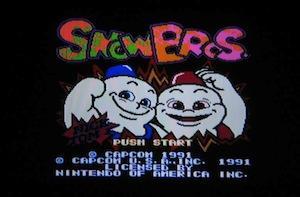 Definitely a goofy game, the gameplay is very similar to that of Bubble Bobble.

The overall game isn’t very hard just long and a little redundant. You have to complete 50 stages in the game, with a boss battle after each 10. The bosses are some crazy looking reptilian type characters. 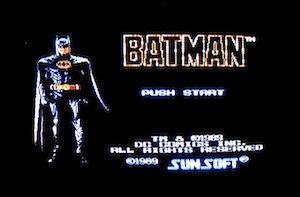 My fingers are still hurting after playing this little gem last night. This game came out shortly after the Batman Movie released in 1989 with Jack Nicholson as the Joker and Michael Keaton as Batman. This maybe one of the hardest nes games ever made.

The turtle’s franchise took an enormous turn for the better with TMNT II: The Arcade Game. Don’t get me wrong, the first turtle’s game on the NES was good, but very hard. With the turtle’s in the arcade already, a port to the NES was all this series needed. I certainly remember playing BurgerTime in the arcade at maid rite back when I was younger. The concept behind burgertime is rather silly, but it’s a simple concept that works.

The title of the game "Sword Master" to me sounds a lot like a classic dungeon crawling rpg. Surprising it is not; the game is centered around on your sword welding character. Sword Master is your typical side-scroller action adventure game. The goal of the game is to fight thru various levels, trying to defeat the evil wizard and demon.