The Nintendo GameCube still has High Trade In Prices 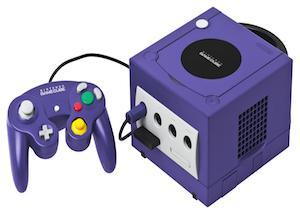 The Nintendo GameCube was Nintendo’s fourth home video game console. The console itself may not be the best selling retro gaming console. On the other hand the game library has some of the best variety of games ever made.

Nintendo maybe lost a step with the limitations of the Nintendo 64. Don’t get me wrong the N64 had a fabulous gaming library, but mainly know for its

platformers. It seemed the cartridges put limitations on the amount of data that could be stored in a game cartridge. Putting this in simple terms, you didn’t see some real in-depth Role Playing games surfacing on the N64 due to these limitations. As I’ve pointed out in another blog, (The Super Nintendo Had Them, The Nintendo 64 Missed Them) which discuss the above-mentioned points in more depth.

The gamecube library sure made up for what the Nintendo 64 library could not, and this is maybe a reason why the gamecube library affords gamers a healthy trade in price when you sell used gamecube games. The library is rich with the legend of Zelda games, many of the games are a re-creation of past games, but the Wind Waker stands out as one of the best in the library. It seems Nintendo saw their limitations with the Nintendo 64 and reached for the sky with the cd game format on the gamecube. Other honorable rpg’s available include the likes of: Tales of Symphonia, Fire Emblem: Path of Radiance, Paper Mario: The Thousand-Year Door and lets not forget Pokémon XD: Gale of Darkness. With also continuing series from other consoles included Phantasy Star & Skies of Arcadia.

What was a big surprise about the used trade in values has to be the sports games. Sure the NBA Live Series and the Madden games don’t see high values. NCAA Basketball 2k3 is probably has the highest used sell it value of any of the sports games. Many of the biggest sports franchises still have some good values which includes the NHL Blitz Series, NBA Street Series, NHL Hitz Series and the FIFA Games, which all still hold a nice trade in value today.

As with any gaming library there are always some games that you can sell back for extremely high values. Many of these games, you may have never played or heard of. These games include the likes of: Cubivore sitting at ($97.80), Digimon Rumble Arena 2 sitting at ($28.05), Gotcha Force sitting at ($114.15) these are the values of (5/2018) and are subject to change at any time.

If your into Mario Games, the gamecube library has a whole slew of these games to keep you busy from Mario Party 4-7, Mario Golf, Mario Baseball, Super Smash Bros and a few new editions in Luigi’s Mansion and Super Mario Sunshine. If survival horror is your cup of tea you gotta check out Eternal Darkness: Sanity's Requiem and of course the Resident Evil series which released six different games, most of them remakes though.

The last reason I’ll point out is all the action adventure games to choose from, which are just, plan great. Metal Gear Solid: Twin Snakes, Killer 7, Metroid Prime Series, Beyond Good & Evil, Pikmin Series. I guess in the end the reason you can sell gamecube games for such high prices is the fact the library still rocks. Seriously you can find some fantastic games to play for any genre of the library.