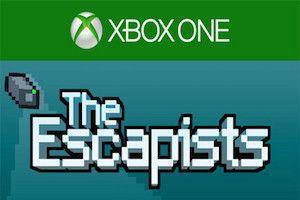 Some of the greatest movies of all time are prison films – The Shawshank Redemption, Cool Hand Luke, The Green Mile, The Great Escape and several others. There’s a reason prison stories appeal to us, other than the fact that they depict an incredibly harsh reality in intriguing and emotionally affecting ways.

Prison stories are metaphorical, in a sense, in that they speak to a part of our selves which feels imprisoned in our daily, monotonous lives. The Escapists is one such game. It isn’t a massively heavy game tonally. In fact, it’s sensibilities lie more towards the Prison Break TV show side of things than they do to more gritty prison stories. There are cute graphics, pop-culture spouting inmates and lots of puzzles.

Now, you might be thinking, what does this game do that other prison games like Prison Architect don’t? Well, for starters, it’s much more of a sandbox environment. You learn the rules of the game, and then, a la Neo in the Matrix, you bend and break the rules to meet 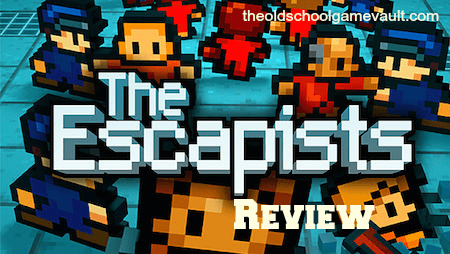 your own needs. The game doesn’t spoon-feed you too much information, leaving you to figure out the details of surviving and escaping the prison largely unassisted. If you like exploration and figuring out things on your own, you’ll love this aspect of the gameplay. For example, every morning, all of the prisoners are told to gather around for roll call. Once you’ve gone through the morning ritual a few times, you’ll notice that you can use this time to steal stuff from other prisoners’ stashes. During dinner and social time, you can form alliance, smuggle contraband and take on quests.

Much like a real-life version would, escaping a prison in The Escapists takes time. You’ll need to gather all of the items you need over several weeks of game time, and even then, things could go wrong. You might look at a guard the wrong way in the corridor and they might choose to ruin your day, for example. As you progress through the nine prisons in the game, you will go through increasingly intricate security systems and layouts. You’ll start off in a comfortable room which has TV, and you’ll end up in one which has security cameras which monitory your every move. The game also features some extra prisons where all of the walls are meshes, so you have no privacy to speak of.

The difficulty of the game doesn’t stop there. You’ll have to use ingenuity to craft certain items in the game, and you are expected to figure these out on your own. If you don’t know how to make papier mache, you better Wiki it or stumble upon the right combination of ingredients by accident. This earns the game some points on the ‘realism’ scale, but it might be off-putting to casual players. Most of the game is a quest to find all of the items you need to escape a particular prison. You’ll need to get simple and more complex tools by using your contacts in the prison or by performing jobs which let you into areas which have the tools you need. If you want a guard uniform, for example, you should get into the laundry section. Careful about the sensors though. You didn’t expect to just walk out with that, did you? Even getting jobs is trickier than you would think. You have to ask people who have the shifts you need to give them to you. And in exchange, you might have to shank a couple of people.

There are a whole host of simple systems running side-by-side in The Escapists which combine to create a complex and thought-provoking experience. There’s a lot of preparation you have to undergo before you attempt the actual prison break, which makes the success or failure of said attempt deeply resonant.

The one aspect of the game which could have used a bit of work are the characters. The prisoners you meet along the way are entertaining and look appropriately cute in their 16-bit renditions, but they don’t have much to offer other than wisecracks and movie quotes. The inmates mostly become placeholders for items you need to get from them. Other than the odd brawl or guard encounter, there’s no real sense of danger you get from the proceedings. As a whole, the game manages to make the art of breaking out of a prison into a complex, multilayered puzzle. But it misses out on what makes most prison stories great – the emotion. The frustration or joy you’ll feel after attempting a prison break is largely due to the amount of time you’ve invested into getting the items necessary. But it will appeal to gamers because of its cute graphics, interesting mechanics and brutal difficulty level. Try The Escapists if you want to see whether you’ve got a Michael Scofield in you.