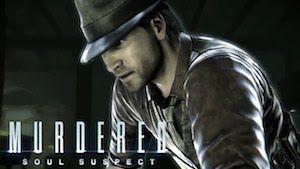 Salem is a curious place. There is an increasing number of ghosts who populate it, but they have more pleasant (well, relatively) existences than the residents of this troubled city in Massachusetts.

There’s a killer on the loose, and people are dying, left and right. Those that haven’t fallen prey to the killer are so afraid that they might as well be dead. They huddle together in playgrounds and deserted areas as they desperately try to escape the sense of foreboding. Some of them even walk through the graveyards at night, where spirits of people long gone direct them through the headstones.

While you might think this is incredibly strange behavior for a bunch of folks who are trying to escape a serial killer, you have to take into consideration the following – the residents of Salem have been living in fear and despair for so long, they are hardly the sanest and rational people on the planet. Even though Murdered: Soul Suspect throws many of these weird, seemingly illogical events your way under the guise of a story, some of these events devolve into unintentional comedy.

For a game that is riddled with plot holes and missteps, Murdered is a surprisingly engaging experience that keeps you hooked until you reach the eerie climax. On the surface, it has all the problems that would normally cause you to disregard a game altogether within the first hour – lacklustre visuals, an out-of-place musical score and flimsy characters. The fact that it manages to keep you playing is a testament to the effort that has gone into developing the story and gameplay.

You play the game as the ghost of a person named Ronan, although you don’t start the story as one. Your story begins in the opening cutscene, where Ronan is brutally murdered by an unknown hooded killer. You then inhabit Ronan’s ghost and proceed to solve the mystery of your own murder. Ronan is a stereotypical fearless, tough dude. There’s not much depth to his character, so don’t look too hard. He smokes cigarettes and wanders around being a badass ghost.

While putting the premise on the shoulders of such an unimpressive protagonist could have been disastrous, Murdered quickly regains its footing. Since Ronan is a ghost, he is able to flit through the streets, unnoticed and use his powers to find out about the people, both the ones that are alive and those that are ghosts like him. You are able to come and go at will since walls don’t block your passage anymore. As you walk around the city, you discover a lot about its inhabitants and the areas you pass through, which helps you slowly put the pieces of the overarching puzzle together.

There are ghosts who wander about unfulfilled because they’ve got some things they weren’t able to wrap up while they were alive. You have to find out what those things were and get them done so the ghosts can escape purgatory. Some others are still curious about the reason they are stranded on this plane, and you have to investigate their cases to see what happened to them. There is a college student who was the result of a cruel prank and even a woman who has regrets about her decision to commit suicide. The best parts of Murdered are when you spend time with these characters and get a glimpse into their lives. You feel for their predicament, and helping them get over whatever is troubling them is tremendously satisfying.

But the game isn’t all investigative work. Along the way, you will encounter some demons that you will have to dispose of. These battles feel completely out of place in what is otherwise a languidly paced game. Thankfully, they only form a small section of the gameplay. In another curious gameplay mechanic, you are forced to help one of your allies sneak through buildings while looking for objects that you can interact with. Once again, these sections distract from the overall experience of progressing through the story. As if that wasn’t enough, sometimes you have to possess the body of a cat, and this creates some hilarious sections as your on-screen cat meows in a completely unrealistic way with her mouth moving like it was made of plastic.

Despite Murdered: Soul Suspect not being the most perfect game, it manages to carry the player through it based solely upon the strength of the core story. Getting a peek into the minds of the many troubled residents of Salem is a touching way to experience the real problems many of us grapple with on a daily basis. The plot thread that relates to Julia, Ronan’s wife, is particularly moving as it is an exploration of the turmoil within a relationship between two people who love each other but have lots of problems being together. She is a more compelling character than Ronan, by far.

Murdered: Soul Suspect has a lot of issues – much like the people that inhabit the town of Salem in it. But even though it stumbles frequently, in areas related to presentation and gameplay, the jolts aren’t so bad that they turn you off the experience completely. Helping troubled souls piece together details of their lives so that they can finally be at piece is relentlessly engaging, and even though you might not come away marveling at the technical brilliance of Murdered, you will still be moved by it’s heart.