Final Fantasy IX Over the past couple of months, I sunk more hours than I want to admit into a playthrough of Elden Ring. Which probably came out to an average of 2-3 hours a day. I’m a married man with graduate degrees and a lot of things to do, but for the last couple of months, most of my free time went into exploring the vast open world of the lands between.

Whenever I finish a game binge of this sort, I feel a little like when I’ve eaten too much junk food (or drank too much). Why? I ask myself. Why did I do this? That’s a lot of time! Think of all the other things I could have been doing! At root, these questions come down to two basic worries:

First, how much is too much? And second, are video games in general just a waste of time?

We’ll deal with the second, more worrisome question first. Spoiler alert: my answer is no. Video games aren’t simply a waste of time. When I was in college, I’d often come home from the million things I had going on and fire up Final Fantasy IX on the PS1 for an hour or so. At some point, I realized that spending a little time with video games offered something that complemented the much larger things going on in my life - instant gratification and achievement.

Doing well in my courses (or, later, in my job) was a long-term process. Often it requires consistent hard work and attention for a long period of time before you really see the fruits of your labors. Sometimes you’re not in a position to see how things turn, and you just have to hope that your work accomplished something. But video games reward your effort incrementally and reliably.

It’s nice to have an hour of that at then end of a hard day of uncertain rewards. Not just as an escape (though that’s useful, too), but also in a way as a confirmation that working at things does achieve results. The term “gamification” describes attempts to tie the satisfaction of visible achievement in video games back into the real world, in the fields of education, training, and marketing, in particular—think Bing Rewards, or Wikia badges, for instance. Gamification is born of the feeling that there’s something games give us that we don’t get as easily from the rest of the world.

Getting that from games is not a waste of time. Sure, you can go too far. I call my The Lands Between binge a binge for a reason—because it was too much of a good thing. But I don’t do that all the time, and every once in a while it’s nice just to splurge, whether it’s on gaming, junk food, shopping, or whatever. The fact that you can overdo something does not make that thing innately bad. You can do too much exercise, too, or spend an unhealthy amount of time with a particular person, or pour yourself too much into your work. Whether you have a healthy balance of activities in your life is a separate question.

Some might argue that video games are not inherently as valuable as work, or spending time with a person, or exercise. The same argument could be made against movies, or novels, or music, or paying attention to (as opposed to playing) sports. Much of the value of these activities is intangible.

What do you get from a novel?

Maybe you think a little differently about things after having considered a character’s perspective for a few hours. Games can do this, too (and put you in that character’s shoes or let you make their tough decisions). Maybe you just let your imagination run free in a fun fantasy world. Imagination is good. Games do this too. What do you get from watching sports?

The joy of watching people at the top of their game perform with consummate skill and talent, for one. Esports show how this applies to video games, too. But something else we get from watching sports or playing video games (or having pets, or having a couple drinks) is a social lubricant.

If I’m at a party or work function standing around looking for a social icebreaker, both sports and video games can be really helpful (so can movies, books, TV, etc.). If you find out that both you and a person you’re chatting with like Dark Souls (or the Chicago Cubs), suddenly you have a lot to talk about.

Often someone halfway across the room will overhear a snippet of that conversation and come join you (“Are you talking about Dark Souls? Have you played Elden Ring yet?”). If you’re playing a multiplayer game, game-based socialization is even more immediate.

What do you get from music?

Music, more than other forms of art and entertainment, is perceived to be a less intellectual, more emotional experience. This doesn’t have to be the case, of course, but it certainly reflects what many people use music for—to get in a certain mood, whether it’s to wind down or amp up. (It’s why athletes have a certain song play when they appear, and not a certain quotation from a poem or movie.) Video Game Music can serve as mood adjusters, too.

I’m not a violent person

Nor do I see violence as a great solution to the vast majority of personal, community, or national problems. But I like a lot of violent video games. As someone in his mid-thirties, I think I can safely say that 20+ years of playing violent video games has not warped me terribly as a human being. But they do serve as a nice outlet for the frustrations of the day.

When I play the newest Call of Duty game or something similar, it’s not like I think of particular people or events of the day that frustrated me. I’m not imagining pulling a headshot on someone I know. Rather, I’m adjusting my mood – letting out some tension and worry in a silly, immediately gratifying way. Games like Miami Hotline, Persona, and my favorite Chrono Trigger offer the gaming equivalent of music to wind down to.

There are many, many more reasons to play games than the ones I’ve discussed here, of course. But I think these are enough to make the point that simply dismissing games as a waste of time is ignorant. Popular media have been dismissed in this way for centuries—a couple of hundred years ago it was the novel that was destroying high culture, then film, now video games.

Certainly, there is a lot of silliness and escapism going on in gaming

Along with hate and ignorance and childishness (often from children), as anyone who’s played in an online multiplayer session is painfully aware. Games can be venues for bad social impulses as well as good ones. But the games are just that—venues more than sources Hell No, Videogames can't make me be a Racist or a Sexist! For these behaviors—and they’re venues for positive solo and interpersonal behaviors. 120 hours in Elden Ring might not be the sort of thing I want to do year-round, but every once in a while it’s kind of nice.

Are there certain games or ways of playing them that are usually a waste of time? Is that always bad? What reasons do you play games? What makes them not a waste of time for you? Or what makes “wasting your time” on them worth it? 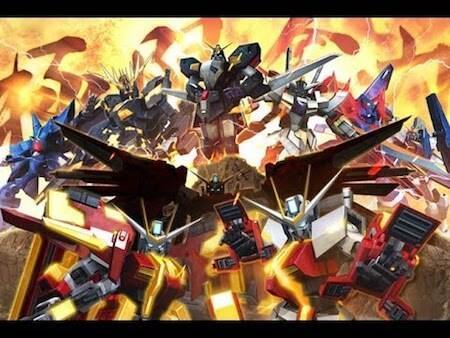