Enough is Enough - When to Throw in the Towel Mid-Game? 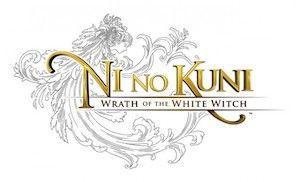 When it comes to games with stories, I’m a completionist. I’m a story completionist rather than a gaming completionist—once in a long while I’ll aim for 100% completion in a particularly great game, but mostly I’m content to do the main content and a selection of the side quest-y stuff.

But I almost always finish the main campaign of games I start. Or at least I used to.

In the past couple of years, I’ve found myself giving up on games halfway through more and more often.

Which puts me in decent company, as recent studies suggest that even among dedicated gamers, about 10% reach the ending of a given title and only about 1/3 of gamers finish even the most successful games.

As I’ve gotten older and face more demands on my time, I’m more likely to put down a game that’s sort of fun but a big time commitment. Take for example Ni no Kuni Wrath of the White Witch, a PS3 game I got. I was pretty excited about it at the time, because I’m a big fan of Studio Ghibli, the anime production company that was doing the art for the game, and I really liked the PSP game Jeanne D’Arc, a turn-based strategy game by Level 5, the developer of Ni no Kuni.

But about 15-20 hours into NNK, I just wasn’t having that much fun. 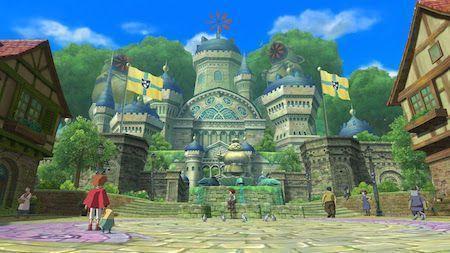 and story, but neither of them was really drawing me in. After a few more hours of play, I finally decided to quit.

The Studio Ghibli art was great, but what I’d always really liked about their movies were the weird characters and storytelling, and that was mostly absent here since they didn’t do NNK’s story. And while Level 5’s Pokemon-like battle mechanics were good and the game’s world was beautiful, it just felt like I was slogging through a lot of RPGs grinding without much of a reward for it.

So I put down the game for a couple of months and then included it in my most recent profitable purge of (fifteen) games I had no intention of playing ever again, which netted me enough cash to buy Mario Kart 8 new on release day. I also sold my copy of Grand Theft Auto IV, which I abandoned about 25 hours in after realizing I was trying hard but failing to enjoy myself consistently.

Before NNK, the last two games I gave up on

Where Puzzle Quest and Metal Gear Acid for the PlayStation Portable. Each only lasted 2-3 hours before I was pretty confident I wouldn’t enjoy them, largely because of the mechanics. I thought Puzzle Quest’s RPG-Match 3 mashup sounded interesting, but in practice I didn’t find Match 3 grinding that fun and the story/RPG elements weren’t enticing enough to justify RPG-length grinding. Metal Gear Acid, too, used a card game-like battle system that just wasn’t that fun for me, and nothing else in the game jumped out enough to make it worth continuing.

Those are two of the three main ways that I quit games. Either I realize early on that I really don’t like its mechanics or story or something, or I like it well enough to get about a quarter or a third of the way in before realizing that it’s not coming together into a worthwhile experience for me.

The third way is more accidental

Sometimes I’ll be most of the way through a game, and I’ll hit a period where I either don’t have the time to play it for at least a couple of weeks, or I start to burn out on the hours it takes and so take a voluntary break. After that, especially if it’s a long game or one with mechanics that take a while to pick back up on, it’s really hard to restart.

Sometimes I do get back into it

I completed both Final Fantasy XII and Persona 4 (both 100+ hour games in my walkthroughs) after breaks of over a year. But other I haven’t gotten to yet and don’t know if I will, like Okami. Okami is a great game. I put at least 35-40 hours in (I can’t remember at the moment because it’s been over a year since I played it) but for one reason or another, took a break from it and haven’t gotten back into it.

This is largely because the 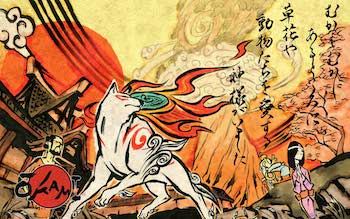 game’s battle system and quest system aren’t super simple, and I’m deep enough in the game that I’d need to remember them to proceed effectively. But inertia also has something to do with it.

Picking it back up now would be getting back into the game without the benefit of remembering the experience of everything that got me to the point in the game that I’m at, so it would feel weirdly disconnected. I probably will complete Okami, because it’s that good of a game, but I don’t know when I’ll get around to it.

Paper Mario for n64 is another game that I started and enjoyed, but got distracted away from and so haven’t touched in years. But I was only maybe 5-7 hours into Paper Mario, so when I restart it, I’ll probably start from the beginning (to refresh myself on the mechanics and storyline) rather than pick up only a few hours in without the benefit of the intro and tutorials. But knowing that I’ll be replaying several hours of a game is somewhat discouraging, and so is one of the reasons I haven’t gotten around to it yet.

How about you? Are there reasons you quit games that I’ve left out? Which games have you started and discarded almost immediately? Which have you tried to like but gave up on, many hours in? And which ones have you been pulled away from for a long time and just haven’t (or have) managed to return to yet?