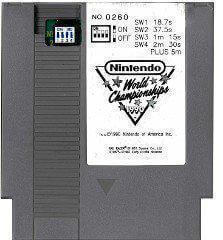 One of the most enduring traditions of video games has been the ‘Nintendo World Championships’ – players from around the world getting together and pitting their skills against each other in their favorite games. Some of the most iconic moments in gaming history have happened at these tournaments.

Not many people are aware that Nintendo was originally a playing-card manufacturing company when it was founded back in 1889. The handmade cards Nintendo made were very popular in the Japanese market and soon the company expanded into other markets including video games.

Cut to 100 years later, Nintendo was about to celebrate its 100th anniversary. As a commemoration of the event, they started their first national game  tournament called the Nintendo Challenge Championships.

Ninety copies of the game cartridges were gifted to the finalists after the conclusion of the event. Till date, the Nintendo World Championship's cartridge is considered to be the rarest and most valuable cartridge ever released for the Nintendo NES.

The Nintendo World Championships kicked off in Dallas at the Fair Park’s Automobile building. Players were categorized into three age groups – 11 and 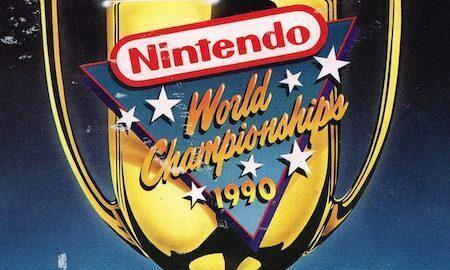 These players would compete with each other over the next three days in custom mini-games that were based on Rad Racer, Tetris and Nintendo’s smash hit Super Mario Bros. The objective was to achieve as high a score as possible across all three games within the specified time limit of 6 minutes and 21 seconds. There was a custom scoring criteria that judged all three of the mini-games cumulatively.

The two top scorers in each city would compete with each other for the title of City Champion. The winner would win an all expenses paid trip for two to the World Finals of the event, which was held in Los Angeles, California. The runner-up in the City Champion battle won a Game Boy and a Nintendo Power Pad.

In the inaugural Nintendo World Championships, three winners were crowned. In the 11 and under category, Erin Schroeder was crowned supreme. Thor Aackerlund ended up winning the 12-17 category, while Robert Whitemanin won the 18 and above category.

At the end, there was an informal competition between all three winners to see if there was a single gamer whose skills were better than everyone else. Thor Aackerlund ended up winning this friendly face-off.

Interestingly, right after winning the event, Thor Aackerlund went on to become the official gaming spokesperson for Camerica Corporation, which was a direct competitor to Nintendo. Jeff Hansen, who placed second in the winner’s face-off, would go on to become the official US representative for the World Championship in Tokyo, Japan and ended up winning the tournament. Hansen would later beat the then Japanese champion Yuichi Suyama in a rematch.

In 2015, Nintendo announced that the Nintendo World Championships would return to commemorate 25 years since the first event. Qualifiers were held at 8 Best Buy locations all over the USA, where gamers competed against each other in the Ultimate NES Remix. The eight winners would then be joined by eight other players selected by Nintendo to compete in the finals.

Interestingly, in the first two levels, the finalists Narcissa Wright and John Numbers were alternately blindfolded while the other contestant got to play. Whoever won would get a 5-second advantage in the final level, where John Numbers ended up winning the title. The Mario Maker speed runs demonstrated a truly incredible level of skill, reflexes and intricate knowledge of game mechanics.

The third edition of the Nintendo World Championships was held in 2017 where contestants were once again selected with trials held at Best Buy locations. In this edition of the tournament, Thomas G ended up the overall winner by defeating the defending champion John Numbers.