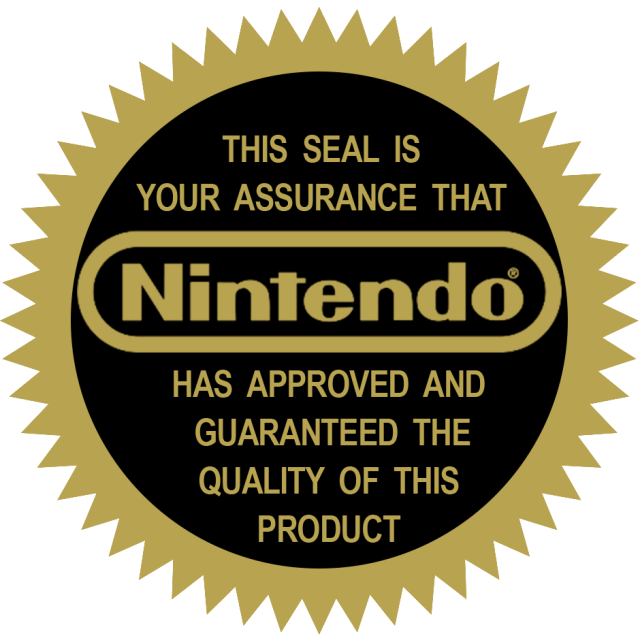 The late 1970s saw the release of the Atari 2600 and the rise of the home gaming console. But by the early 1980s, it crashed and burned. This was due mostly to gamers’ frustration at sub-par games (“E.T. The Extra Terrestrial,” anyone?). The sentiment effectively killed the home-console market.

This fact wasn’t lost on Nintendo of America in the lead-up to the 1985 release of their NES home console. They knew that to win over the public, they would have to ensure that the games they released for it were of a certain high quality.

Therefore, Nintendo added a “Seal of Quality” sticker to each game’s packaging.

These stickers changed over the years, as did cartridge case designs for certain games. For example, the initial release of the classic NES title, “Metroid,” had a silver label. However, a 1992 re-release of the game had a yellow one. The difference may seem negligible, but it actually represents a difference of about 10 dollars on the retro game market.  Same with The Legend of Zelda which was released in 1986 with an all gold cartridge.  Then Nintendo re-released The Legend of Zelda in 1992 giving the game a gray cartridge shell. 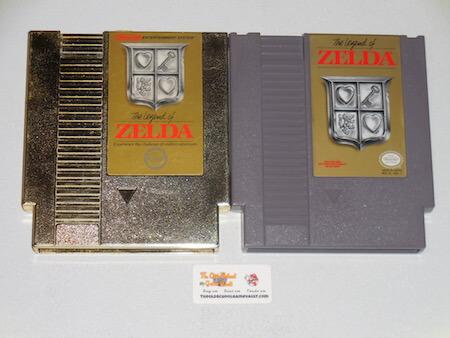 Are so fetishistic about identifying the difference in design changes NES implemented over the years. They’ve even noted the fact that, sometime around 1992, Nintendo added a red strip label at the top of the box, while doing away with the red line on the tops of the game cartridges that had been the norm.

As for the color-coded seals

Below you’ll find the different types of these labels found on your old NES games.  Here is a perfect example of seals, from Mike Tyson's Punch Out & Punch Out.  These are the exact same games, but one is called Mike Tyson's Punch-Out & the other is just Punch-Out.

Nintendo had a three-year license with Mike Tyson back in the day.  Nintendo paid him $50,000 with no royalties, it's been stated Nintendo made 1.7 billion from the deal. "Ouch"

So as soon as the license was up.  Nintendo had to swap out all the Mike Tyson images and so on.  So the final boss in the game was called Mr Dream, instead of Iron Mike Tyson.  As you can see, the front label no longer features Mike Tyson. 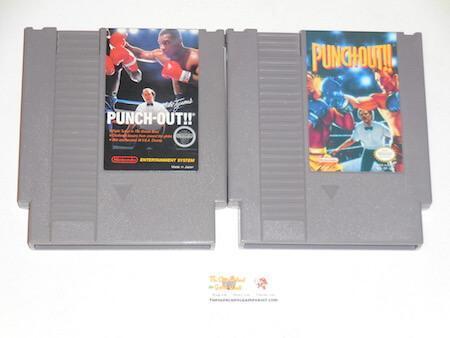 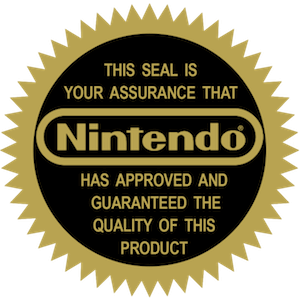 It was the original seal Nintendo slapped on its first games. It meant that, in effect, Nintendo was guaranteeing authenticity and that third-party developers didn’t hijack the machine in order to rush-produce a subpar game. This seal was introduced by Nintendo of America in NTSC countries, and it lasted for three years, until 1988.

While Nintendo did have firm quality control measures in place regarding the NES (official publishers could only develop five releases per year, for example), the measure was mostly superficial. Having a bold black/gold seal front and center on a game’s packaging existed only to inspire confidence. And by all accounts, this cosmetic feature had the desire effect. 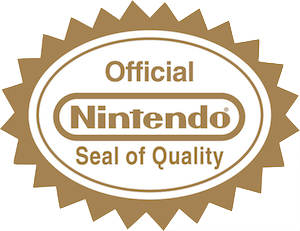 Nintendo released an explanation for the new seal that focused more on guaranteeing hardware compatibility than anything else. Basically, Nintendo said that the game in your hands worked with the system it was designed for, and that was all; they didn’t mention software or gameplay quality.

Those with a fetish for investigating different label types on NES games might be aware of the near-mythic “red-top” labels. Those who don’t know will find that certain NES games were released with different-colored label tops.

Probably the most famous example is the shooter “Hogans Alley.” Retro gamers were flooding message boards for years wondering why seemingly identical versions of the game had one single, arbitrary difference: different colored title text on top of the game.

It became one of those little points of interest that sent gamers scouring the backlogs of Nintendo data for any clue. The result, it turns out, was that this subtle difference did signify something: if you had a game with a red top, it meant it was the Canadian release of the same title.

Even today, you’ll find an official seal on all games for Nintendo systems

But now they’ve streamlined them even further, shortening the text to simply read: “Official Nintendo Seal.” They’ve also covered their bases further by describing the label’s purpose in even more limited terms. Now, the label basically just indicates that the game you’re buying has been officially licensed by Nintendo. There’s no longer any mention of quality. 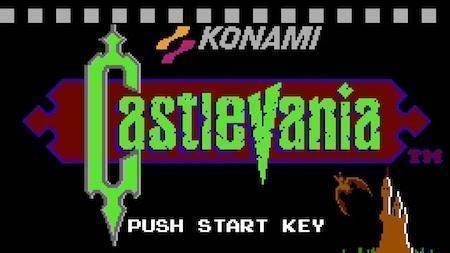 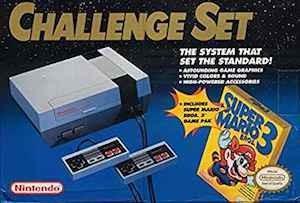 Do it! Why you need to Buy an Original Nintendo NES Console 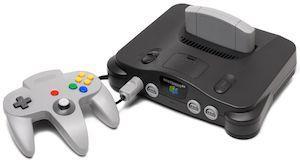