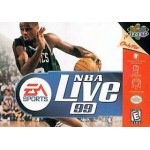 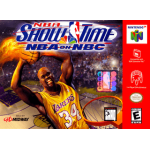 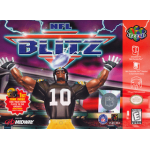 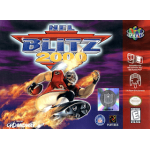 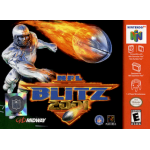 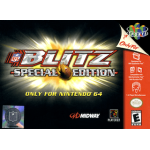 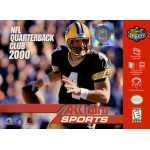 The Best Place to Sell N64 Games for Cash

When you start thinking about a place to sell Nintendo 64 games online, there are a few key things you need to keep in mind. The first is true when selling any type of collectible, from comic books to baseball cards and everything in between. You can’t just put it on eBay or Amazon and expect people to buy it. You have to make sure that the item has value for someone else before they will be willing to pay money for it.

No matter what value you find for a specific item in a price guide or online, your collection is only worth what someone is willing to pay for it. Secondly, just because you want your video games to sell, listing old games or a used console like the Nintendo 64. Doesn't necessarily mean you are selling them for larges sums of money.

I'm not saying that you shouldn't try and make money off of your old stuff (you should), but if you want to do so, you have to be realistic about how much people are actually going to pay for it.

The third and most important thing to remember, however, is that just because something is old doesn't mean it's valuable. By keeping all of these things in mind when trying to cash in selling used Nintendo 64 games, you'll help curb your own expectations and avoid getting disappointed (or underselling your items) in the future.

So where to sell n64 games

You should never try to sell your N64 games at retail stores like GameStop. The prices that they give people who sell used games from modern consoles are already seriously under the original values of the items. If you think getting $10 for a $65 PlayStation 5 game is bad, you don't even want to know how much you would get for a copy of "The Legend of Zelda: Ocarina of Time." If you really want to maximize cash selling Nintendo 64 games, you're going to need to look beyond the obvious for the perfect outlet in which to sell n64 games, like The Old School Game Vault.

You should go through your collection and see what you can get rid of. If you're trying to make money off of selling old video games & consoles, then you may want to consider selling them individually instead of just putting them into one big bundle. For example, if you own two copies of Super Mario 64, you could list each one separately on eBay. That would allow buyers to pick whichever version they wanted without having to buy everything else in the same package.

Another thing you're going to want to do is go through your collection and make sure that you don't have any rare items which are significantly more valuable than the rest. While the vast majority of all Nintendo 64 games were produced in mass quantities and are therefore not too valuable, there are certain titles that are worth a pretty penny to the right person.

If you can find one or two of these special editions, then it's time to sell them off. The video game market for N64 games has been on the rise lately, so if you want to have some extra cash lying around. Now would be a good time to start selling n64 games.

Search for the game in question on a site like eBay and look for two key pieces of information: the amount of money that people are listing the game for and the amount it is actually selling for.  There are several games in the library that were considered blockbuster exclusives.  These games are some of the more expensive video games in the Nintendo 64 library and would fetch a nice trade in value.

Should You Try Online Marketplaces

The amount of money someone is willing to spend on a particular product gives you an idea of how much they think others will be willing to pay for it. The final auction price of a product tells you what someone thinks others will be willing to buy it for. If you're trying to get your video games sold quickly, you should try setting the lowest possible price on sites like eBay. By undercutting the competition, you can often sell your games before anyone else does.

Selling your N64 console can be a challenge, many online sites sell them and buy them for next to nothing. The old School Game Vault is not one of those sites, as we offer pay a nice price when it's time to sell N64 video games and other retro video games.

The Old School Game Vault has been buying Nintendo 64 collections since 2007, and we are one of the top video trade in service online. We offer a great service with fast processing and reliable customer support. If you need help or advice, please contact us.

Not only do we buy retro Nintendo 64 games here on our site, we also have a large stock of used N64 games for sale as well.