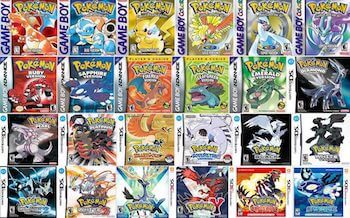 Lately, the game Pokémon Legends: Arceus on the Nintendo Switch has been all the rage. For older fans, it is a source of nostalgia, while for those new to the franchise, it is an opportunity to go back to the older generation titles. So, we decided to help you board the nostalgia train with this list of 5 best 90s Pokémon video games.

Nintendo has had huge successful franchises in the form of Legend of Zelda, Super Mario Bros.,

and Metroid some of the best-selling games before they released Pokémon. But what set Pokémon apart from the rest was not only was it released as a game, but a year later an anime adaptation was aired.

This created a cult following for the game, as people wanted to become the protagonist of their own story and be the very best Pokémon trainer. This cultural phenomenon gave way to the massive success of one of Nintendo's Flagship and Exclusive Nintendo Switch Games like Pokemon.

Let us go through the list of the 5 best 90s Pokémon video games by ranking according to popular opinion. These video games were all released in the late 90s and included the likes of Pokémon Stadium. The Nintendo 64 game is a tad bit different from the more popular Game boy titles.

Pokémon games have been released on about every Nintendo Handheld console: from the original Game Boy’s, Nintendo DS, Nintendo 3DS & Nintendo Switch. As most future titles for Nintendo’s new generation consoles were based upon the games released for the Game Boy in the early days.

One thing to note about pokemon games is they maybe some of the most popular video games ever made.  There are also one of the most counterfeited games as well.  So you need to be mindful when you buy old pokemon games to ensure they are legit.

Ask anyone about Pokémon, they might associate it with the famous mobile game Pokémon Go. But those who are familiar with the franchise from the days of the Game Boy or Generation IV on the Nintendo DS will probably mention the titles associated with those consoles.

But these 90's pokemon titles have their own place and are a great ground for those who want to learn about the history of the Pokémon game. Let us go through the best of the best retro Pokémon video games by ranking.

The first one on our list that tops the ranking is Pokémon Silver and Gold. This game takes place in the Johto region, which is the second region in the Pokémon franchise. It is just west of Kanto, the first region, and introduces a whole new generation of Pokémon. The game is in an overhead 3rd person perspective view like Pokémon Red and Blue.

The games also introduced some new features which were later adopted in the newer Pokémon games. One of the features added and also adopted into the newer sequels was item holding. Pokémon can hold certain items that affect them during the battle. Trainers normally equipped their pocket monsters with berries, which can heal or cure their status effects.

Another famous feature is the time system, which matches that of your console. It affected the game as some events were only triggered at certain times and days. This includes finding some rare, elusive Pokémon that are not available at normal hours.

The highlight of the game is being able to return to the Kanto region and challenge the protagonist of the first title, Trainer Red, to a deadly battle. It is often spoken as the most difficult Pokémon trainer battle of all time.

The game that started the culture and the craze, Pokémon Red and Blue version, made it to the 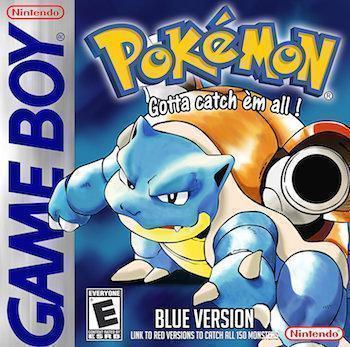 second place on our list. It does so for obvious reasons, of course, it started it all, not to mention Trainer Red being a fan favorite. Even before the anime was introduced, Pocket Monster Red and Green were released back in 1996 in Japan.

It soared in popularity instantly and started garnering a huge following. In 1997 the anime Pokémon was released, and it immediately became a hit with the youth. This paved the way for the success of the franchise not only in Japan but also throughout the globe.

For people outside of Japan, the opportunity came when Nintendo released Pokémon Red and Blue, keeping Green exclusive to the Japanese audience. These titles include the well-known Starter Pokémon, Charmander, Bulbasaur, and Squirtle. In the anime, the protagonist Ash Ketchum encounters and befriends all three of these Pokémon in the first region.

While everyone knows of the Pokémon Red and Blue titles, Pokémon Yellow holds a special place for those who are fans of the anime series. The title features the story of Ash Ketchum, the protagonist of the Pokémon anime series, and his adventures with Pikachu.

The game was released back in 1998 in Japan and a year later in 1999 in North America. It became a fan favorite along with the titles Red and Blue, which were also released during the same period.

In Pokémon Yellow, you start off with Professor Oak giving the protagonist Ash a specifically troublesome Pokémon, which no one wanted due to its aggressive nature. This is none other than Ash's lifelong partner and loyal companion, Pikachu. From there, your story moves on, and you start your quest to become the best trainer in the whole region.

The game retains the mechanics from the original game, Red and Blue. So, you can catch Pokémon, train them, and evolve them. Along with that, you get the same battle experience as the first titles. This game was developed to appeal to anime fans across the globe.

This game holds a special place in the hearts of Japanese fans, as it was the other half of the first 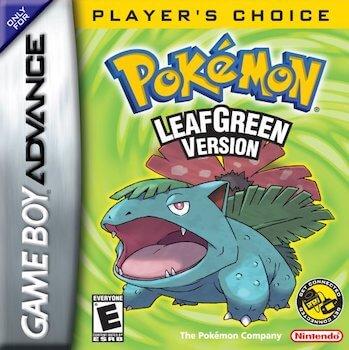 title release of the franchise.

Pocket Monster Green was released alongside Pocket Monster Red in Japan in 1996 and was going to remain a Japanese exclusive title until the developers released the remake of the game for the newer console Game Boy Advance in the form of Leaf Green.

The original however stayed in Japan and was never translated and released in the western countries. Since it is part of the first title of the franchise, it has all the same features as that.

For those who want a bit more action than the usual Pokémon games, you have Pokémon Stadium for the Nintendo 64 console. It was released around the same time as the red and blue versions of the initial title were released globally in 1998. The 3d textures of the Nintendo 64 allowed for the Pokémon to be more vivid and their actions to be more dynamic.

You could have a stadium battle mode with Pokémon and control them like how they do in the anime series. Of course, it was a turn-based game, and you couldn't control the Pokémon in real-time. But it still gave different vibes than the usual titles thanks to the 3d graphics.

With the hyped-up Nintendo Switch titles, it is often easy to forget the previous generation of games that started it all. So, it is not a bad idea to revisit the vintage titles or visit them for the first time if you are new to the franchise. These games are not only acclaimed to be the best 90's video games, but also regarded as the best old school pokemon games.