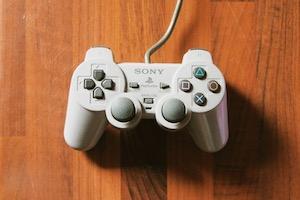 Playing the Best PS1 Hidden Gems.  Somewhere in the world, we imagine there’s a collector who keeps all 7,918 games behind security-enforced display cases. There they remain, day after day, barred from any human interaction. Gee, how fun.

So when was the last time you played Koudelka, Top Shop, or Rival Schools on PS1? Just kidding! That was a trick question.

If you’re like most gamers, you’ve never even heard of these titles before. And that’s a real shame because these games are true masterpieces of the PS1 era.

Sadly, though, there are loads of hidden PS1 gems like these that were simply overshadowed by other PS1 hits. Of course, this is bound to happen when such games are released alongside historical hits like Final Fantasy VII.

. Read on to discover the best PS1 Hidden gems that you’ve been missing. 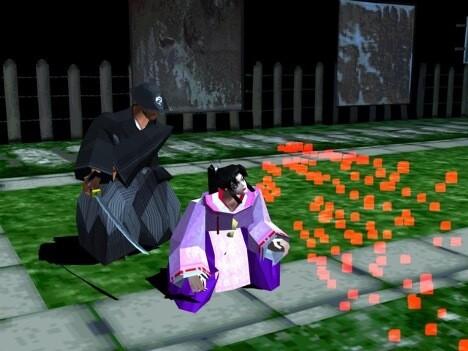 As a retro gamer, you’ve probably played your fair share of fighting games. As such, you know that they’re all based on the same, bizarrely unrealistic gameplay model. Specifically, the characters punch, kick, stab, and fireball each other in order to drain their opponent’s health meter.

In other words, these games are not even remotely like an actual, real-life fight—except one. Bushido Blade by Square is the only fighting game, ever, that works exactly like a realistic duel to the death.

Each opponent chooses a weapon. When the battle starts, you select a fighting style and take your shot.

Just like a real duel, each round is over very quickly (and has nothing to do with magical, floating health meters). For example, if your character is stabbed in the head with a sword, he/she is killed instantly.

And that’s all there is to it. The concept of Bushido Blade is profoundly simple, radically unique, and addictively fun. Try to keep your character alive, fight your way to the top, beat the boss.

Or grab your buddies and take turns dueling. If you’re 21 or older, Bushido Blade makes for an excellent drinking game. (Winner takes a shot.)

If you’re into a more traditional fighter, and you’ve played all the popular titles, give Rival Schools  a try. Rival Schools is yet another addition to Capcom’s long list of legendary fighting 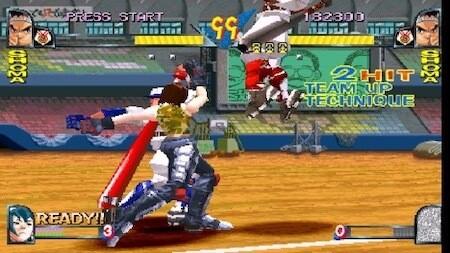 games. So, naturally, it’s just as much fun as any Street Fighter or Marvel vs Capcom title.

But, with Rival Schools, Capcom was free to create a game that wasn’t bound to the rules of their established franchises. For instance, there are tons of new characters, a very decent story mode, and several fun minigames. If you’re a veteran fighting game enthusiast, you’ll find this rather refreshing.

Executing combos/air combos against your opponent is crazy satisfying. Even more satisfying are the team attacks.

You see, at the start of the game, you choose two characters. One is your playable character and the other jumps in to assist with a team attack if you time it right. Time it wrong and you’ll receive an epic beatdown.

Unfortunately, there’s no tag-team switching like in Tekken Tag Tournament. But the game does feature glorious multiplayer madness for up to 8 players (with two multitaps). 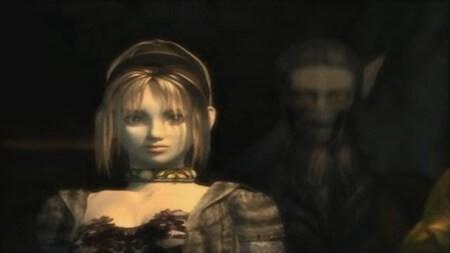 Koudelka nails the dark, haunting feel of a classic survival horror game. And yet, it’s primarily a CG cutscene-heavy RPG with an excellent storyline. The game was developed by SNK and a bunch of programmers/game designers who used to work for Square.

So the real question is, does Koudelka’s blending of genres and style work? Honestly, it depends on the player.

To RPG enthusiasts, the random, turn-based battles will seem par for the course. But if you’re expecting real-time battles with onscreen enemies, as in Resident Evil, you might find the random battles jarring.

Furthermore, battles are often long and difficult. As such, they can disrupt the pace of the game.

Still, thousands of fans agree that these drawbacks aren’t enough to spoil the dramatic and cinematic excellence of the game. We agree, too. It’s definitely worth it to play Koudelka to the end (or rather, its multiple endings). 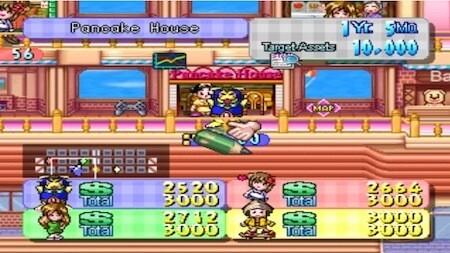 table. To be specific, it’s a quirky, Japanese variation of Monopoly. But, instead of buying property and charging rent, you open stores and sell items.

Also, Top Shop is far more unpredictable and interactive than Monopoly. It doesn’t take 9 hours to finish a game, either.

Granted, we understand that it seems utterly ridiculous to list a board game as a must-play PS1 classic. And that’s exactly why we did it.

Tragically, those who haven’t played the game would never think twice about it. To them, it just looks like a cheap Monopoly knock-off. But to those of us who have played it, Top Shop is now a household favorite—a pastime the whole family can and will enjoy for literal generations.

The object of the game is to be the first player to increase your “assets” to the amount chosen at the beginning of the game. This isn’t as complicated as it sounds. The money you invest in your shops, plus your spendable money, is considered your assets.

So, basically, you buy a bunch of shops so that players land on them and buy items. If your store is out-of-stock, another player can buy it from you. Gradually, your assets increase until someone wins.

Instead of dice, you roll a pencil to see how many spaces you move. The pencil may also land on E, prompting you to select a card. (We’re not sure why “E” stands for “card.”)

These cards have various consequences ranging from pretty good to horrifically bad. You can also earn points to select certain in-game consequences when you pass the Bank.

But, as a gamer, would you ever consider your PS1 collection complete? Of course, you wouldn’t!

Those of us who actually play PS1 games realize the bittersweet truth of our infatuation. Namely, we’ll probably never play them all.

But there’s a plus side to this, too. It means that our PS1 adventure will never end.

There will always be loads of hidden PS1 gems that you’ve never played before. You’ll find some of the Best PS1 Hidden Gems. Read on to learn more. 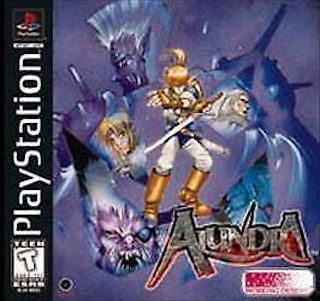 For classic gamers whose roots go back further than the PS1 era, Alundra is an absolute joy. As you can see from the screenshot, the art style is reminiscent of 16-bit classics like Chrono Trigger. Plus, it plays just like an SNES game and sounds like the Sega Genesis.

But the 32-bit capabilities of the PS1 allow far more detail, smoother animation, and more beautiful effects than the SNES. The result is a wave of 16-bit nostalgia with enhanced graphics that still look stunning today.

For the most part, Alundra plays exactly like TLoZ: A Link to the Past. Specifically, the game is presented in an overhead view as you run around and slash things, melee style.

Also, there are dungeons to explore, bosses to pwn, and glorious treasure chests to plunder. Additionally, there are plenty of puzzles to solve by sliding objects and pressing switches.

To add to your nostalgia, the sound effects and music are like Castlevania: Bloodlines meets Chrono Trigger. Although, there are a few less snappy tunes that sound like a laid-back puzzle game (or a Japanese waiting room).

Oh, and there’s a cool storyline in which Alundra goes into people’s dreams to defeat deadly nightmares. But you may be too hooked on the fun/super challenging gameplay to notice the plot.

6. Jade Cocoon: Story of the Tamamayu

Above is one of Jade Cocoon’s beautifully rendered locations. As illustrated, the game graphics 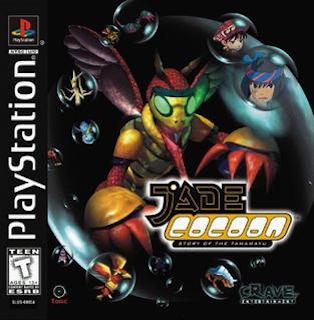 are more breathtaking than any PS1 title has the right to be.

The game follows Levant, an amateur monster hunter whose village is invaded by bug monsters. You can probably see where this is going.

Pokéfans, get ready to catch ‘em all. Though Jade Cocoon is technically an RPG, it’s more so a creature-wrangling, monster mashup toybox.

As in Pokémon, you collect monsters and battle them to level them up. But you can also turn them into currency or combine them to create new monsters.

At this point in the game, you’ll probably forget about the storyline entirely. Instead, you’ll spend hours and hours growing your vast monster army. 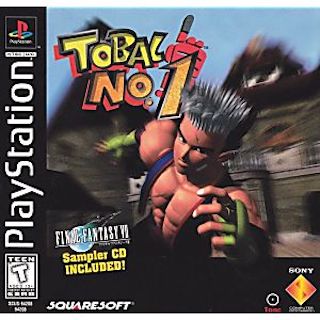 No matter what generation of games you play, you’ve heard of the legendary RPG producers known as Square. What you haven’t heard of is an awesome little game called Tobal No. 1.

Of course, it’s not surprising when a big game company makes a game that gets lost in obscurity. In fact, it’s especially common when the game is the last thing you expect.

Case in point, Tobal No. 1 is not an RPG. It’s one of the rare fighting games made by Square. Though, a secondary “Story Mode” is included for Square’s RPG fan base.

From the screenshot, you’re correct in thinking that the game looks, well, not good. But video footage of the gameplay tells a different story.

Specifically, the polygons’ lack of texture frees up memory for smoother character movements. As a result, we’ve never seen more fluid motion in a PS1 fighter.

The fight controls are designed by veteran fighting game designer, Seiichi Ishii, who worked on Tekken and Virtua Fighter. That said, they’re not the best on PS1, but still decent.

Though the RPG-style story mode is more of an afterthought, it’s quite enjoyable. The storyline keeps you engaged while you unlock new characters. Once unlocked, you and your buddies can battle them head-to-head in the vs mode.

The verdict: if you can’t decide whether to buy an RPG or a fighting game, get both with Tobal No. 1.

No One Can Stop Mr. Domino is one of those concepts that’s so stupidly basic, it’s genius. Quite 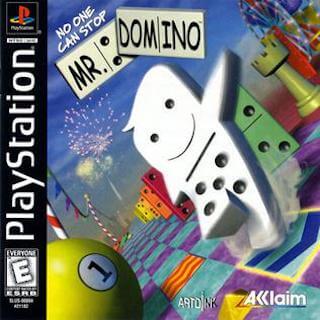 simply, you set up dominos for Mr. Domino to knock over. Do it right and the level is cleared.

But you have to do it quickly enough because Mr. Domino never stops moving. If you take too long to set your dominos, you miss your chance.

Basically, as Mr. Domino sprints, little icons appear on the screen, prompting you to hit a certain button. Press the corresponding button at the right time to drop dominos in the right place.

Watch out for obstacles, slowdowns, reset buttons, and other hindrances. These pop up at terribly inconvenient times and places to ruin your day. Obviously, the game gets more challenging as it progresses.

Regardless, we realize that this description is mundanely straightforward. And really, no amount of words or screenshots will do this game justice.

You’ll understand the maddening addictiveness once you play it, though. And then, you won’t be able to pull yourself away for hours.

Add the Best PS1 Hidden Gems to Your Collection

Have you tried these hidden PS1 gems yet? You must! Next time you’re shopping for classic PlayStation 1 games for Sale, add these fresh, untapped titles to your collection. 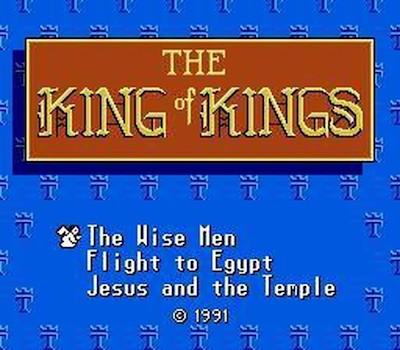