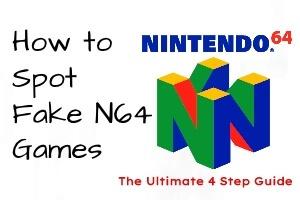 With retro video game cartridges, selling at an all-time high.

People are going to make bootlegs and try and sell them as the real thing. With an expensive game selling for 1400 dollars. Like the Nintendo 64 repro cart shown in the images, of Clay fighter Sculptors Cut.

It shouldn't surprise anyone that dishonest people are trying to replicate this cartridge and make an easy buck.

Our stance on this topic.  We have no problem if you want to buy reproduction carts for yourself.  Our problem is when people are trying to sell a fake game as the real thing.  So this article is like a Nintendo 64 cartridge buying guide, it's a great reference on how to tell if a n64 game is real or fake.

So let's begin, if you're not into reading, then here is a YouTube video covering the topic.  One quick thing to point out is, you'll notice most bootleg video games look very cheap and can be pretty easy to identify. So let's further discuss how to spot these fake N64 games.  Also, we've written other popular articles about similar topics right here on our site.  For tips about spotting bootleg DS games, how to spot knockoff GBA games, and finally how to spot fake SNES games.  We also carry a large inventory of authentic Nintendo 64 games for sale right here on our site.

• A fake n64 game is much lighter than the original carts, the fake labels always seem to look off or have noticeable imperfections.
• The fake cartridge shell is much lighter than a real game, generally, the plastic on a counterfeit game looks a slightly different shade of gray.
• I always seem to notice the screws used, as they just look like there were cut from a machine.
• Look at the spelling of “Seal of Quality” on the front of the Nintendo 64 game. Most counterfeit games capitalize the “O”.
• The Best Way is opening up the game and having a look!

If you are any type of Nintendo retro game enthusiast, you are going to need a game bit opener.  I'd highly recommend buying game bit opener.  The small 3.88 mm size which is universal for all Nintendo Cartridge Based Games, like the Nintendo NES, Super Nintendo, Nintendo 64, Original Game Boy and Game Boy Color games.  You need a separate "Y" shaped screwdriver to open Game Boy Advance games. 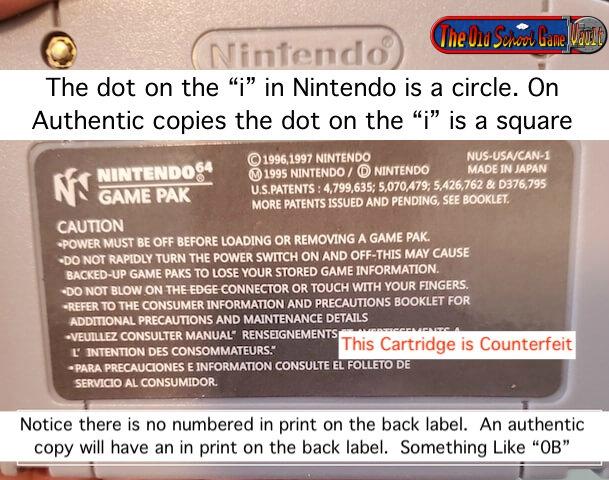 When analyzing the back of the cartridge, look at the cartridge label.  You are looking to see if the label has a number imprinted into the label, like "00 or 41" for example. Authentic labels are going to have a number imprinted into them. This is the easiest and fastest way for checking authenticity of the majority of games we get in.  You can use this method on other classic game consoles, like the Nintendo NES, and Super Nintendo.   All Game Boy games will have a small number imprinted on the front label.  Keep in mind that a repro label will look real glossy and almost look too new to be on a 25-year-old game cartridge.

I didn't show any cart screws here in the photos, but the screws used here are some cheap over manufactured screw.  You can really tell if you compared screws side by side from a bootleg game to a genuine cart.  It's just like everything else when dealing with a fake Nintendo 64 game, everything looks cheap. 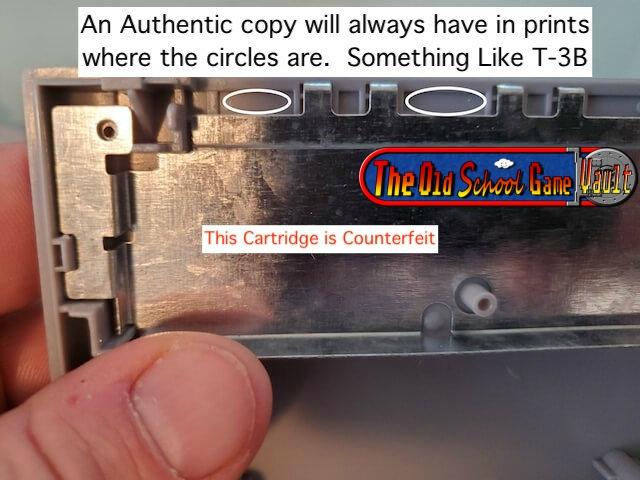 Step #3:  Inside the Cartridge Shell

Another sure fire way to quickly identify fake n64 cartridges is to look for some number or letter imprints.  When you flip the game upside down, and you are looking in towards the cartridge pin.  Just like the photo shows, there should be numbered or lettered imprints where the circles are in the photo.

On authentic Nintendo 64 games, if you look in the groves, you should see some numbering in the slots. This is really useful and easy way to spot counterfeit games. 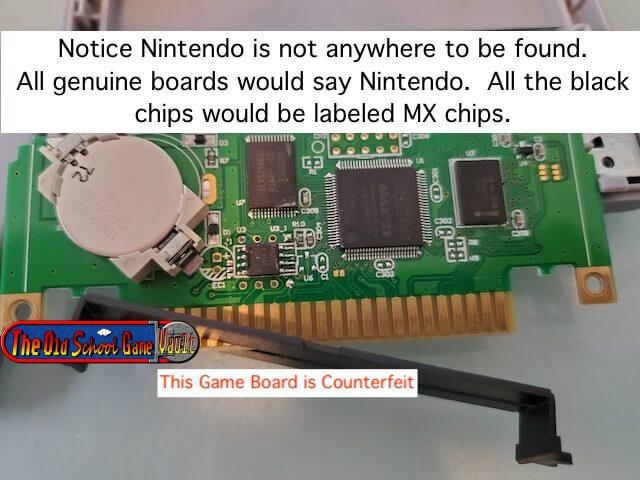 Step #4: The internal circuit board

The game board can be a dead giveaway, "this is where the game bit opener helps".  You notice the words "Nintendo" are not stamped into the fake board anywhere.  All genuine Nintendo 64 circuit boards, would say Nintendo somewhere.  Notice all the chips on the board, which are in Japanese.  Authentic game chips, most, have "MX" stamped on the chips.

If you think you've bought or have been given some bootleg games? Please share your experience in the comments below, especially any tips, we have not discussed above.  As we are all here to help each other out! 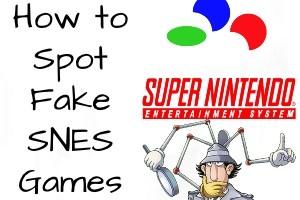