How much is a Nintendo 64 Worth? 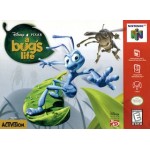 The Best Place to Sell N64 Games for Cash

The Nintendo 64 was Nintendo's attempt to compete with Sony's PlayStation 1 console. The Nintendo 64 was marketed as the first 3D console with 64-bit graphics and the first ever controller featuring an analog stick. Which all sounds great, but cartridges had storage limitations that CD's at the time did not. Nintendo still made the best of the storage limitations and created many great games for the N64 library.

Some best-selling titles being, The Legend of Zelda Ocarina of Time & Majora's mask, Super Mario 64 was a huge hit as almost 12 million copies of the game were sold. Donkey Kong continued its popularity, and huge hits like Goldeneye 007 & Smash Bros saw their releases on the console.

When you sell n64 games online through the old school game vault, all the prices you see are for the game cartridges only. So the original game box and manual are not required, but always welcome. We do require the games be free from large tears and stickers covering the front labels. We do understand blockbuster stickers are going to cover up some labels, as this can be tolerated.

Not only do we buy retro Nintendo 64 games here on our site, we also have a large stock of used Nintendo 64 for sale as well.